How to Have a Big Disastrous War with China 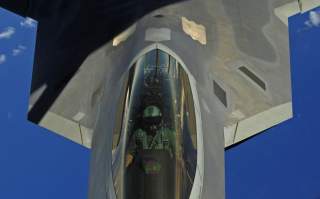 In their June 10 National Interest article, T. X. Hammes and R. D. Hooker again propose “Offshore Control” as a viable strategy for a conflict with China. Using CSBA’s AirSea Battle concept as a contrast to their ideas, Hammes and Hooker claim that Offshore Control can provide the “military component of the U.S. national strategy in Asia,” while AirSea Battle cannot. The DOD’s Air-Sea Battle operational concept is not the same as CSBA’s AirSea Battle concept (note the lack of a hyphen). The DOD concept was finalized in 2011 and is being implemented at present. Both “ASB” concepts have received their fair share of criticism from Hammes and Hooker, among others; meanwhile, the Offshore Control strategy, originally introduced by Hammes in 2012, has received scant scrutiny. This paper exposes the flawed logic of Offshore Control and demonstrates why it would likely fail if tried, and that using it as a part of the U.S. strategy would risk a large, destructive war with China.

It is reasonable to assess that China will continue its attempt to exert regional hegemony in the western Pacific through selective intimidation of its neighbors and reinforcement of its resource and territorial claims. It is also generally agreed that America, together with treaty allies and partners in the region, has the only realistic ability to deter or thwart China from achieving its ambitions. Further, it is in America’s and other countries’ national interests that China not behave as a regional hegemon but rather “peacefully rise” as a responsible nation working within international norms and respectful of the rights of other nations. Since China may be unwilling to behave in accordance with these norms, the U.S. and allies need operational approaches to address the requirements of possible conflict. Hammes and Hooker have assessed that an approach that directly threatens or attacks anything on China’s mainland is both unacceptably escalatory and unlikely to succeed. The CSBA AirSea Battle concept discusses and provocatively recommends mainland attacks. While neither CSBA’s nor the DOD’s concept are strategies or operational plans, Hammes and Hooker assail them as such. Meanwhile, their Offshore Control is rarely studied or discussed outside their own advocacy.

As described by Hammes and Hooker, “Offshore Control establishes concentric rings that deny China the use of the sea inside the first island chain, defend the sea and air space of the first island chain nations, and dominate the air and maritime space outside the island chain.” Offshore Control “takes advantage of geography to block China's key imports and exports” with the expressed objective of severely weakening China’s economy. Hammes and Hooker state that “no kinetic operations will penetrate Chinese airspace,” which they say will “reduce the possibility of nuclear escalation and make conflict termination easier.”

In Hammes and Hooker’s scenario, China starts the conflict and acts alone. Hammes and Hooker do not specify the source of conflict, but it is assumed China’s aggression will be limited, regional, and focused on disputed resources or territories. The U.S. will act in concert with allies and regional partners and take a mostly defensive posture. Offshore Control “exploits geography to force China to fight at long range while allowing U.S. and allied forces to fight as part of an integrated air-sea-land defense over their own territories.” The overall strategy of Offshore Control is a distant blockade, outside the first island chain, preventing the passage of large cargo ships and tankers to and from China, with the objective of rapidly disrupting China’s economy.

The first element of Offshore Control proposed by Hammes and Hooker is to establish “a maritime exclusion zone with the warning that ships in the zone will be seized or sunk” by U.S. submarines, all the way to China’s twelve-mile territorial limit. Sea mines will be used both offensively against China’s ports and sea-lanes and defensively in the disputed areas. Hammes and Hooker also state that cruise missiles will be launched, presumably by aircraft, ships, or submarines, but do not say what the cruise missiles will target. The cruise missile targets must be Chinese military ships since penetrating, kinetic attacks against land targets are prohibited. Finally, the limited air assets mentioned would presumably support submarine operations and provide ISR information for indications and warning as well as maritime targeting. The quantities of submarines and air assets needed to patrol such a massive maritime area—larger than the entire continental United States—amounts to every available U.S. attack and guided missile submarine, the entire fleet of U.S. maritime patrol aircraft, and large numbers of other assets.

Next, Offshore Control states that: “numerous small islands from Japan to Taiwan to Luzon and on to the Straits of Malacca provide dispersed land-basing options for air and sea defense of the apparent gaps in the first island chain.” No allies or partners, except for possibly Australia, will be asked to provide basing for offensive operations, but the U.S. will offer capabilities to defend these other countries and to help ensure the flow of trade if China attempts a counter blockade. Offshore Control “will only ask nations to allow the presence of U.S. defensive systems to help defend that nation's air, sea and land space.” Hammes and Hooker were not specific about which allies and partners would receive this U.S. largesse. It is also not specified precisely what type of defenses are called for, but a safe bet is active defenses against Chinese air and missile attack. Any land maneuver forces placed on these locations would perhaps make allies feel safer, but would be useless for offensive operations; regardless, everything the U.S. positions on this ring of islands must be defended and will require substantial logistics support and sustainment.

Outside the first island chain, Hammes and Hooker propose “a combination of air, naval, ground and rented commercial platforms to intercept and divert the supertankers and very large container ships essential to China's economy.” They advocate halting or diverting Chinese trade through waterways like the Strait of Malacca, the Lombok Strait, the Sunda Strait and the routes south of Australia to sever trade from the west. To limit trade from the east, the U.S. would control the Panama Canal and the Strait of Magellan. The numbers of naval vessels required to perform such a herculean blockade in so many places at once is not precisely specified, but it would pretty much take the entire “at sea” U.S. navy in addition to allied naval support.

Offshore control claims to offer a less aggressive, nonescalatory approach to conflict with China. Hammes and Hooker tout its lower cost and supposed acceptability to allies as examples of its superiority to AirSea Battle and other approaches. However, there are at least three fatal flaws with the Offshore Control Strategy. China’s surface-to-air missile force extends continuous air defenses over one hundred miles from the mainland and even further when ship-borne or located on various islands. China has a large and capable air force and will be able to threaten U.S. air and naval operations at even greater range—out to several hundred miles from their coast. China possesses long-range ballistic and cruise missiles that can reach well beyond the first island chain. China is also becoming capable of antisubmarine warfare using maritime patrol aircraft, a growing surface navy, quasicivilian “white shipping,” and other means. China’s navy, while not yet a match for the U.S. Navy, is strongest near their coast and can sortie dozens of surface and subsurface combatants at a time.

The nature and quantity of China’s current and future force would place our submarine force and “limited air assets” operating inside the first island chain at tremendous risk when used as Hammes and Hooker recommend. Since the maritime area inside the first island chain is so large and U.S. submarines will have to find targets mostly on their own, they will need to focus on the entries to ports, geographic choke points, and other well-traveled zones. China can defensively mine and focus their antisubmarine operations in the same areas. U.S. submarines possess many qualitative advantages and would be very effective in interdicting Chinese shipping on a modest scale, but the geography, the lack of air and surface support, and the ability of the Chinese to concentrate their antisubmarine efforts on finding U.S. attack submarines without fear of disruption by surface and air assets will make these operations much riskier.

The only way to mitigate this risk is to establish areas of localized air superiority and sea control. Submarines, though stealthy, cannot operate alone and unafraid when, as Hammes and Hooker recommend, they are being used to threaten or sink China’s military shipping. Submarines will require support in order to be most effective, and to lower risk. This support must be provided by surface combatants and land and sea based fighter aircraft. Fighters cannot be based at great distances from their area of operations, requiring nearby land and sea bases. These bases must also be defended and logistically sustained. Importantly, Hammes’ and Hooker’s ring of small defense-oriented bases will not suffice for this task, since the promise of Offshore Control is that these bases will only be used to defend partners and allies and not to conduct the needed counterair or surface warfare missions.