How to Have a Successful Summit of the Americas 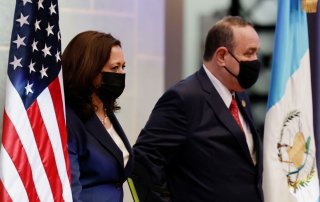 As the transatlantic community rushes to build a global sanctions regime to punish a revanchist Russia and limit the spread of war in Ukraine, there is little bandwidth left for advancing U.S. national interests elsewhere. Latin America, however, should not be taken for granted. There is growing evidence that there are serious issues for the United States much closer to home.

In June, the United States will host the Summit of the Americas, a triennial meeting of chiefs of state and heads of government first held in 1994. This year’s theme will be “Building a Sustainable, Resilient, Equitable Future.” Few could be against that as a hemispheric goal, but it is aspirational, non-ideological, and vague.

Notably, it doesn’t even hint at a range of issues in the Western Hemisphere that should concern the United States. These include, among others: a rise in Russian and Chinese influence; an eroding regional consensus that support for democracy is a precondition for full participation in the inter-American system; growing frustration with the failure of market economics to reduce poverty and income inequality; diverging views on the centrality of oil and gas dependence; the persistence of drug trafficking and criminal violence; and, finally, a refugee crisis that is far bigger and more complex than the focus on America’s southern border would suggest.

Not so long ago, leaders in both North and South America trumpeted the triumph of democracy and human rights, insisting that every country in Latin America, except for Cuba, had rejected the authoritarianism of the past and the human rights abuses that so often characterized the dictatorships in Argentina, Bolivia, Brazil, Chile, Uruguay, the Dominican Republic, Nicaragua, and Central America’s northern triangle.

Today, Venezuela and Nicaragua are indisputably dictatorships. Nicaragua’s longtime strongman, President Daniel Ortega, has expressed unconditional support for Russia’s invasion of Ukraine. Venezuela’s President Nicolas Maduro slammed western sanctions on Russia and abstained on the United Nations vote to condemn the invasion. The recent visit of a high-level delegation to Caracas has likely validated the Maduro regime’s long-standing defiance of the United States, the European Union, and other critics.

In El Salvador, the Bukele administration seems to be sliding inexorably toward authoritarianism. The problems in Central America’s northern triangle are dizzyingly complicated; ineffective democratic governance, criminal violence, and corruption are endemic in all of them. None of the three—neither Guatemala, Honduras, nor El Salvador—were invited to President Joe Biden’s democracy summit held last December. In Haiti, which suffered a presidential assassination, earthquake, and hurricane all in the space of one year, more than 50 percent of the country is now reportedly controlled by armed gangs. Cuba remains a defiantly communist dictatorship.

In Brazil, former President Luiz Inacio “Lula” da Silva, the Workers Party icon, has been vindicated and will likely run for president again. The Current president, Jair Bolsonaro, fearing defeat by Lula or some other candidate in this year’s presidential contest, has begun to question the electoral system he rode to the presidency. Worse yet, virtually on the eve of Russia’s invasion of Ukraine, Bolsonaro traveled to Moscow to meet with Russian president Vladimir Putin and express solidarity with the Russian strongman. Bolsonaro has since refused to condemn the invasion.

Argentine president Alberto Fernandez also recently traveled to Moscow as well as to Beijing and made clear his interest in deepening Buenos Aires’ cooperation with Moscow in part to facilitate distancing from the United States. He then traveled to China apparently looking for a way around his government’s unhappiness with the International Monetary Fund (IMF), despite a recently negotiated refinancing agreement with the IMF.

Somewhat contradictory views on the development of the region’s gas and oil reserves are likely to figure prominently in discussions at the Summit of the Americas. On the one hand, the Biden administration has embraced the idea of a green energy future evidenced by the canceling of the Keystone XL pipeline and banning of new exploration, development, and extraction of tight oil on federal lands. On the other hand, the United States and Europe are actively—even if not always explicitly—looking for ways to replace Russian oil exports in the near term. Other countries in the hemisphere are sympathetic to the global environmental agenda but unlikely to forego the expanded development of the region’s very significant energy reserves. Indeed, most will be interested in the windfall hydrocarbon profits likely to be generated by the spike in prices that has tracked closely with Russia’s invasion of Ukraine.

Beyond the opportunities of the moment, many countries look to oil and gas earnings to underwrite both government programs and new development. For instance, Brazil’s offshore oil deposits are immense, and Guyana’s are sufficient to underwrite a transformation its economy. Argentina has substantial shale reserves, and so does Mexico. Colombia and Ecuador also are significant exporters. Both, moreover, depend on oil exports for an important portion of the government’s revenue. Venezuela has the world’s largest reserves but an otherwise moribund economy. Canada is now the largest foreign supplier of both gas and oil to the United States. With the Russian invasion pushing global oil prices to well over $100/barrel, it is not realistic to expect these still-developing economies nations to abandon or even reduce their dependence on hydrocarbons. Moreover, the Caribbean is especially anxious to avoid future energy shocks that stem from crises in other parts of the world.

Another especially neuralgic issue for the United States will be immigration. Not surprisingly, North Americans think of the region’s immigration/refugee problem largely in the context of their southern border. The problem is, however, much bigger and complex than that. While it is true that poverty and criminal violence have propelled a flood of refugees from Central America and Mexico into the United States, the most acute refugee crisis is the one that has resulted from the chaos in Venezuela. Nearly six million Venezuelans have fled their homeland in recent years as the corrupt and incompetent Maduro regime has presided over the evisceration of what was, at one time, the region’s most dynamic economy. Despite initial and generous efforts to accommodate the tens of thousands of destitute new arrivals, the governments of Colombia, Chile, and Ecuador have recently signaled that they have reached their absolute limits to absorb more migrants. Costa Rica is also struggling to deal with thousands of Nicaraguans who have fled Ortega’s repression in Nicaragua. Most recently, a wave of displaced Haitians found their way to Mexico and some of the nearby Caribbean islands last year, as well as to the U.S. border. Forcing the return of some to Haiti deepened the crisis there and leaving some in Mexico or admitting others to the United States exacerbated political problems in both destination countries.

The United States needs to make a new and compelling case to its Latin American neighbors for the values the United States has long championed in the region and greater cooperation with their northern neighbors. Making this case will mean, at the very least, committing to regular dialogue with regional leaders, sustained support to international financial institutions, especially the InterAmerican Development Bank, robust financing for the U.S. Agency for International Development as well as for the smaller U.S. agencies like the Export-Import Bank, the U.S. Trade and Development Agency, the U.S. International Development Finance Corporation, and other entities. These smaller agencies facilitate U.S. private sector economic activity abroad and address the region’s need for fresh capital to escape its vulnerability to the fluctuations of global commodity trading on which so many still depend. The Caribbean’s need for new, job-creating investment is particularly acute as tourism, on which so many of the island economies depend, has been hammered by the pandemic.

Clearly, immigration and law enforcement will continue to be a heavy lift but acknowledging the complexity of the issues for recipient countries like Chile, Colombia, and Mexico and addressing the causes of undocumented migration from places like the northern triangle and Haiti would help. Truly addressing these needs will require a sustained, not an episodic, commitment of resources.

The United States needs to understand that some critically important things have changed in Latin America. China, not the United States, is the largest trading partner for Brazil, Chile, Peru, and others. It also presents an alternative model for economic development for some in the region as well as a vast market. Furthermore, recently elected presidents on the Left like Gabriel Boric in Chile and Pedro Castillo in Peru are seriously questioning the efficacy of the economic formulas the United States has long advocated. While both have impeccable democratic credentials and are critical of the dictatorship in Venezuela, their rejection of what they characterize as neoliberalism may portend serious difficulties for their private sectors and both domestic and international investors in the future.

Most nations of South America are, by and large, critical of Russia’s invasion of Ukraine but few feel immediately threatened by it. Most would object strenuously to installing Russian military assets in Cuba and Venezuela, as Putin has threatened to do. That said, they also understand that U.S. enthusiasm for partnership with the region is likely to shrink if a new cold war follows a resolution of the conflict in Ukraine. In the meantime, they are not likely to wait around until the United States gets ready to take their concerns seriously. They will seek new partners, new markets, and new ideas elsewhere.