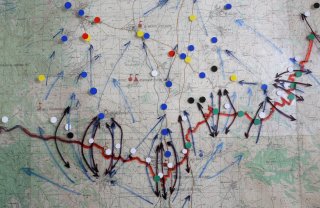 Maintaining the current status quo of doing, “the same of the same” is not a solution. While relying on the EU accession process as the main driver to prompt change and reforms in the Western Balkans, dangling the “carrot” of accession will not be enough without tackling the deep structural problems. The enlargement process should focus on fundamentals, rule of law, fight against corruption, and economic development, to bring a much-needed dose of realism into the Western Balkans and EU institutions. The EU needs to provide a broader space for citizen-led reforms, using the tools of the accession talks.

The Western Balkans should be understood for its geostrategic importance for the transatlantic community. In this regard, there is a critical need to invest in strategic infrastructure projects to counter Chinese coercive influence, and in energy diversification to increase resilience from Russian gas monopolies. From the security perspective, the commitment of the Western Balkans countries is critical to transatlantic security, as demonstrated by the Defender Europe 21 military exercise.

No one should give up on the current process of EU accession for the Western Balkans. It remains the core of Western strategy: membership in the Union and the achievement of peace, prosperity, and good neighborly relations. Rather, the scope of what it means to gain membership in the EU should be expanded: yes, continue the process with its acquis and requirements, but in addition, work to create the situation on the ground that makes the aspirants successful candidates, both in their own assessment and in the assessment of EU members. But use the institutions of civil society—businesses, universities, civic organizations, NGOs—to do what’s necessary: fight corruption, provide opportunity, strengthen rule of law. It’s not just a test for these countries and their leaders to pass. It’s a process in which a broader set of participants can and should participate.

Cameron Munter was U.S. Ambassador to Serbia. He is currently a non-resident fellow of the Atlantic Council.