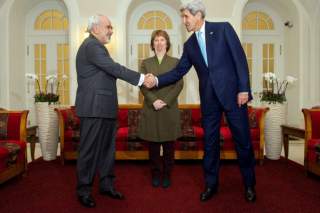 The political maturity of Iran as a rational state not only renders Netanyahu’s congressional speech futile but further inspires the United States to advance a nuclear deal. The insistence on Iran being a threat is based on the delusion that Iran has remained unchanged since its inception as the Islamic Republic. Yet, three major indicators highlight a deep development in Iranian politics in the region. These signposts include Iran’s constructive regional military presence; its peaceful and balancing role in resolving politico-cultural issues within the UN and regional venues; and its highly educated and modernized society that guarantees the irreversibility of the other two developments.

There is only one country in the Middle East that is truly in alliance with the United States in its fight against the ISIS and that is Iran. The military presence of the Iranian Revolutionary Guard Corps’ (IRGC) elite forces in defense of the territorial integrity and political stability of Iraq has already expanded from the Kurdish city of Erbil to the multiethnic capital city of Baghdad. This is happening at a time when Turkey finds it hard even to declare ISIS as a terrorist group, Saudi Arabia only last year felt obliged to take its public funds away from feeding ISIS, and the United Arab Emirates (UAE) air force abandoned the allied forces against ISIS last December.

The crux of the matter is not just the tactical presence of the IRGC in the region but their strategic justification for such a presence. Two major commanders along with Admiral Ali Shamkhani, Secretary of the Supreme National Security Council of Iran, have recently declared that if we do not fight ISIS today at Samarra, tomorrow we have to fight them back in Tehran, with no reference to jihad or a path to free Al-Quds (Jerusalem) or Palestine from Israeli occupation. This is a massive development in that the IRGC's military mission has shifted from being a transnational, idealist, and unpredictable force to a national, realist, and predictable one, restricted to the national boundaries of Iran.

In fact this mature stance is not a new phenomenon. For the past two decades, it has been recurring in separate situations, but never as specific as this. Iranian behavior in the region shows a history of pacifism and problem solving. Take, for example, Iran’s tacit cooperation with the United States during the Afghanistan campaign against the Taliban, its calming and controlling of Shiite extremists in Iraq, its role as a middleman between Azerbaijan and Armenia, compelling the Assad regime to join the Chemical Weapons Convention (CWC) and dismantle its chemical arsenal, its firm stance against the ISIS extremists in Syria and Iraq and its avoidance of radicalization on a range of regional issues, from Chechnya to the Bahrain uprisings. The professional behavior of the Iranian and the U.S. navies in the Persian Gulf over the last two decades is another example of the possibility for harmony and cooperation in the region.

Yet, it is argued that Iranian support for the Shiite Hezbollah and Sunni Hamas groups against Israeli occupation forces represents an aggressive position beyond Iranian borders. This support, however, demonstrates a common religious commitment. The fact that the majority of the Organization of Islamic Cooperation (OIC) resolutions have been devoted to the Palestinian cause proves the global importance of this issue to all Muslims and not just Iran.

Decades of hard economic conditions, eight years of bloody war with Saddam Hussein’s Iraq, and internal factional rivalry, have not only led to Iranian restraint in exporting the Islamic Revolution, but have also moved Iran to pursue cultural and political issues through temperance and international forums as in the case of “defamation of religions” at the UN and the OIC. A comparison between the fatwa of Ayatollah Khomeini against Salman Rushdie with the modest behavior of Ayatollah Khamenei regarding the Charlie Hebdo cartoons is instructed. The fact that Iran’s President condemned the attacks against Charlie Hebdo speaks for itself.

The young, highly educated, urbanized, modern society of Iran has already coined a new identity with unique needs and sensations that sometimes catch the older generation by surprise. One recent example of Iran’s social evolution was symbolized by the massive turnout for the funeral of an Iranian pop singer, Morteza Pashaei, popular for his humanistic love songs. This example reveals a massive change within the Iranian society for nonviolent and humanistic aspirations that can serve societal assurances for the continuation of peaceful statesmanship.

It is high time for the United States to adjust the policy of coercion by testing an alternative, non- coercive policy. This includes respecting Iran’s legitimate technological needs and suspending sanctions to avoid harming the middle class—the key sponsors of temperate policies in Iranian society and the body politic—rather than curtailing “suspicious” nuclear activity in Iran.

Negotiating a nuclear deal with Iran and accepting its right to enrich, along with a sunset clause to clear all its past activity, is a rational decision in the long run interests of both sides. A Middle East free from nuclear proliferation and ISIS terrorists requires full-fledged cooperation with Iran as a friend not a foe.

Mansour Salsabili is an associate with the International Security Program/Project on Managing the Atom at Harvard Kennedy School’s Belfer Center for Science and International Affairs and a visiting scholar at the MIT Center for International Studies where he conducts research on establishing a WMD-free zone in the Middle East. He is a former Iranian diplomat.