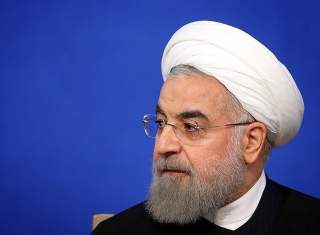 From the beginning of his presidency, Hassan Rouhani and his team considered the Joint Comprehensive Plan of Action (JCPOA) negotiated between Iran and several world powers in July 14, 2015, to be a first step in a grander plan to normalize Iran’s international relations with the outside world. As I explained in my previous analysis, managing terror and limiting overt kinetic actions by the Revolutionary Guard and the Quds Force are only second in importance to the project of normalization. The third is economic recovery, including bank reforms and establishing a strong linkage with foreign capitals and internationally accepted standards of banking.

When running for office in 2013, President Rouhani promised to reform an economy ravaged by years of mismanagement, corruption, populist policies and sanctions. Indeed, hope of economic betterment drove popular support for the nuclear deal. Within days of signing the JCPOA, President Rouhani declared, in an open letter to First Vice President Eshaq Jahangiri, his intention to heal the economy by focusing on the banking system. The economic pledges have been popular enough to give Rouhani an edge in the 2016 parliamentary election.

After analyzing systemic problems, the administration concluded that the cornerstone of the economic recovery should be a reform of the banking system, which operated for decades “with low capital adequacy requirements and inadequate regulatory and supervisory mechanisms.” As a result, the banks have been hobbled by a large inventory of nonperforming loans and have lacked capital for extending credit to business. Valiollah Seif, the governor of Iran’s Central Bank, commented that financial mismanagement left Iran’s financial system in “tatters.” The Banking Overhaul Plan, signed into law by Rouhani in July 2016 was designed to remedy the situation. An official government website promised “to get financing for short and medium-term projects back on track, provide a cash cushion to tackle bad loans, promote competition, reorder the money market by regulating the army of uncertified credit and financial institutions, and increase banks’ lending power by raising their capital.”

Much as the law was appreciated, it did not go far enough to secure Foreign Direct Investment (FDI). Indeed, normalizers hoped to cash in on the JCPOA’s promise of FDI, especially as the country’s critical oil and gas sectors had badly degraded under years of mismanagement and sanctions. But, as Seif put it, Iranian banks are too outdated for attracting FDI, because they have fallen behind international norms and standards. The central bank governor’s somewhat oblique reference was to the 1999 UN International Convention on the Suppression of the Financing of Terrorism.

The Financial Action Task Force (FATF) is an international watchdog created soon after, to monitor compliance with the convention. On February 19, 2016, the FATF described itself as “particularly and exceptionally concerned about Iran’s failure to address the risk of terrorist financing and the serious threat this poses to the integrity of the international financial system.” In addition to advising member states to guard against all transactions with Iran, the FATF also recommended that members continue to apply countermeasures, such as enhanced due diligence on transactions and systematic reporting requirements.

For the custodians of the normalization project, the FATF’s strong language was a reminder of what they knew all along—namely, that Iran would not be able to access the FDI market without joining the convention, since renamed the Terrorist Financing Convention (TFC). On August 4, 2015, Iran’s parliament voted to join the 1999 convention. On March 5, 2016, the Guardian Council approved the legislation, paving the way for a membership application. As a rule, states participating in the TFC are required to enact national legislation that criminalizes acts of terrorist financing.

As a large stakeholder in the economy, the Revolutionary Guard has shared the custodians’ desire for an infusion of foreign capital, especially in the oil, gas and mining sectors. For instance, the new lease in the gigantic South Pars field would require intensive investment. According to Oil Minister Bijan Namdar Zanganeh, Iran would need $200 billion in foreign investment to develop its oil industry. The minister estimated that $130 billion was needed for exploration and extraction projects and $70 billion for crude processing and marketing.

In what was even more significant move, the government took to questioning the Revolutionary Guard’s ability to develop large projects in an expedient and economically sound way. For instance, a confidential review urged the scaling back of a top Revolutionary Guard project—a multibillion-dollar bullet train awarded by Ahmadinejad—and award some of the contracts to Western companies. Put on the defensive, Brig. Gen. Ebadallah Abdollahi, the head of Khatam al-Anbiya, stated that his organization can manage without foreign input, but analysts noted that the Revolutionary Guard started hiring foreign consultants and tapping other foreign resources.

On the other hand, revealing the identity of this extensive network of holdings, a FATF requirement, would jeopardize the Revolutionary Guard’s control over its parastatal domain. This conflict of interests has not escaped the Revolutionary Guard’s chief, Ali Jafari, who took a hardline in public. He called to revive the so-called “resistance economy,” a policy advocated by Mahmoud Ahmadinejad and other figures within the Abadgaran to express their opposition to integrating into the world economy. According to the Principlists, Iran should develop its economy without relying on the outside world.

In spite of the public posturing, the behind-the-scenes maneuvering revealed a more nuanced reality. Far from assuming the role of an unmitigated spoiler, the Revolutionary Guard has been forced to engage with the Rouhani administration over a range of issues. On terror financing, the government essentially presented the Revolutionary Guard and the supreme leader with a fait accompli. On June 12, 2016, Iran has joined the Eurasian Group Combating Money Laundering and Financing of Terrorism, a FATF-style regional body, which is expected to provide assistance with implementation of anti-laundering laws. British authorities have also stepped up their help to Rouhani, by providing assistance to three banks—Persia International Bank, Melli Bank and Sepah Bank International—to replace their policies. The Melli and Sepah banks, once the premier outlets for illicit transactions, announced that they would not service Revolutionary Guard accounts, including that of the giant construction concern Al Anbiya. Some Tehran insiders predicted that the Rouhani administration would force other banks to comply with FATF -style policies, limiting Revolutionary Guard access to banking services.

In yet another important development, Ayatollah Khamenei banned Ahmadinejad from running in the 2017 presidential election. Although no official reason was given, according to insiders, the supreme leader did not want to see the benefits of the JCPOA destroyed by the aggressive Principlist leader.

The process of normalization and remigration into the community of nations is intimately bound up with the custodians’ political future. Unlike a state treaty, which is binding, the JCPOA is a controversial deal that depends on the political health of Rouhani and other custodians. Hard-core spoilers have made clear that they would try to sabotage it in whatever ways.

Rouhani’s opponents’ resistance to bank reforms may jeopardize future capital inflows and hurt the custodians’ trump card of economic recovery. Rouhani and other custodians have gone further than any previous reformers in alternating the system in a meaningful way. But much more time is needed to undermine the parastatal elites acting as spoilers.