How Iran Uses Dual Citizenship in the Caribbean to Skirt Sanctions 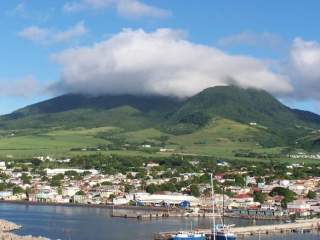 St. Kitts and Nevis (SKN) is a miniscule Caribbean nation whose biggest employer is the state sugar corporation and whose currency features wading sea turtles and the visage of Queen Elizabeth II. It is also one of the most attractive destinations for Iranian businessmen seeking to exploit citizenship-for-investment programs to skirt international sanctions over the Islamic Republic’s nuclear program.

Thirty years ago, in a bid to spur foreign investment, SKN became the world’s first country to allow foreign investors to obtain citizenship. Many other countries have since followed suit, and in recent years, many more countries have joined this club by offering citizenship or residency fast-track programs through investment. They include economic heavyweights such as the United States, the United Kingdom, Canada, and several other European countries, alongside the older programs in Caribbean islands like Antigua and Dominica. But SKN terms for citizenship remain among the most lax in the world: no residency is required and a passport is provided within three months in exchange for $250,000 or a qualifying investment in real estate.

Since sanctions against Iran began to bite, Iranian requests for citizenship have poured in, and in 2011 SKN barred Iranians living in the Islamic Republic from applying. Iranian expatriates, however, may still obtain SKN citizenship, and all evidence suggests that Iranians who live abroad continue doing so in droves.

After all, for Iranians hoping to establish companies and bank accounts in foreign jurisdictions, the biggest obstacle of all is an Islamic Republic passport. A change of residence and nationality is often all that is required for them to prevent banks’ scrutiny.

Facilitating Iranian business abroad through citizenship-by-investment programs is now a profitable endeavor. Capital Immigration, a Dubai-based company run by Iranian expatriates, is typical: its homepage, both in English and Farsi, offers a variety of citizenship, permanent residency and overseas company-formation options, and prominently advertises the prospect of a SKN passport.

Perhaps the most visible case in point involves Houshang Farsoudeh, Houshang Hosseinpour, and Pourya Nayebi, three Iranian nationals whom the U.S. Department of Treasury sanctioned in February 2014 for facilitating banking, money laundering activities and illicit procurement through a network of companies and a banking institution they briefly controlled in the former Soviet republic of Georgia, in the South Caucasus. Georgia’s commercial registry documents show that all three – and at least one family member – traveled and conducted their business in the region as SKN nationals.

Within the last year, at least five SKN citizens – all of them Iranians – have established companies in Turkey, trading in petroleum products, medical equipment, and wholesale import-export. Moreover, internal documents of Georgia’s Poti Industrial Free Zone show that SKN nationals have the second-highest incorporation rate, after Iranians themselves. According to Georgia’s commercial registry, all of the SKN nationals who registered companies there were born in Iran (Treasury eventually sanctioned two of them).

Though once hidden from view, Iranian exploitation of citizenship-for-investment schemes is becoming something of an open secret. In May 2014 the U.S. Department of Treasury’s Financial Crimes Enforcement Network (or FINCEN) issued an advisory “to alert financial institutions that certain foreign individuals are abusing the Citizenship-by-Investment program sponsored by the Federation of St. Kitts and Nevis (SKN) to obtain SKN passports for the purpose of engaging in illicit financial activity.”

The growing network of companies for second citizenship and incorporating companies overseas suggests that citizenship-for-investment programs remains a lucrative business, and not just in SKN. Time will tell whether St. Kitts and Nevis, alongside other countries offering fast track programs to citizenship, recognize how these programs are being subverted for nefarious purposes. Meanwhile, Iran has found a loophole to visa and banking restrictions that enables its own middlemen to continue their nefarious activities under a new and more respectable identity.

Emanuele Ottolenghi is a Senior Fellow at the Foundation for Defense of Democracies where he focuses on illicit financial and procurement networks at its Center on Sanctions and Illicit Finance.