How Iran's Revolutionary Guards Learned to Love the Nuclear Deal 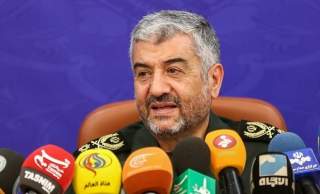 Iran watchers have had a hard time predicting whether the Joint Comprehensive Plan of Action (JCPOA) agreed to by Iran and six world powers (the United States, Great Britain, France, Russia, China and Germany) on July 14, 2015, would withstand a challenge from the Iran’s unsatisfied internal actors, namely, the so-called Principlists and the Islamic Revolutionary Guards Corps (IRGC), a parastatal organization considered to be the steward of the nuclear program.

In my previous analysis, I explained how dissatisfied external players—Israel, Saudi Arabia and Egypt—have offered guarded acceptance of the deal, but reserved the right to reevaluate their decision should Iran fail to comply with the deal. This article attempts to explain whether the JCPOA would face serious challenges by disgruntled internal players.

The JCPOA has split Iran’s negotiated political order, which scholars define as a loose and changing alliance of state and parastatal elites. The Normalizers—a coalition of pragmatic conservatives headed by Ayatollah Akbar Hashemi Rafsanjani and President Hassan Rouhani, who argued that, in spite of its desirability, the cost of pursuing a bomb is too high, and urged a rollback in exchange for sanctions relief and reintegration into the community of nations—managed successfully to implement the deal on January 16, 2016.

But the hard-liners known as nuclear Principlists—a coalition of extreme elements in the Revolutionary Guards and the Abadgaran circle, associated with Mahmoud Ahmadinejad, which advocates Iran’s nuclear sovereignty, a thinly disguised call to leave the NPT in order to pursue an overt nuclear-weapons program—remain determined to test the agreement. Divisions over the JCPOA are expected to persist, but there is no immediate indication that the Principlists and IRGC hard-liners are ready to reject it out of fear of a “snapback” mechanism in the nuclear pact, which promises to reinstate sanctions if Iran violates the deal.

From its inception, Iran’s nuclear program was staunchly defended by the Revolutionary Guards, a military organization considered to be the steward of the nuclear project. The organization viewed the nuclear arsenal as a protective umbrella for the regime’s efforts to export its particular brand of Islamism. As such, the guards served as a spoiler on the few occasions when the pragmatists in the regime tried to negotiate a deal with the international community. The spoiling act reached its peak under President Ahmadinejad, who showered the IRGC with rewards for their loyalty to the nuclear vision.

Even after severe sanctions were imposed on Iran, the IRGC seemed to stick to its spoiler role, denouncing President Rouhani and his team of nuclear negotiators in the harshest possible terms. Some analysts have concluded that the IRGC is willing to suffer the direct economic consequences of the sanctions rather than giving up the nuclear program. Others believed that, having made an alleged fortune from sanction busting, the guards were highly unlikely to support any accommodation with the international community.

This theory lost ground, however, when the guards, in a surprising shift, lined up behind the nuclear agreement. References to “Rouhani the traitor” disappeared from IRGC-linked media and Major General Mohammad Ali Jafari, the guards’ commander-in-chief, expressed indirect support for the deal by praising the Supreme Leader’s position. Due to the Revolutionary Guards’ history of hard-line nuclear nationalism, the tilt toward pragmatism came as a surprise, especially as the guards had shown no concern for the consequences of imposed sanctions on the population.

This reversal has prompted a search for new explanation. An increasing popular suggestion is that the IRGC is more interested in its economic ventures than in promoting the nuclear project. Unlike previous theories, the new account is based on empirical data, making its validity reliable.

The IRGC was transformed from a military organization into a leading economic and political entity during the presidency of Akbar Hashemi Rafsanjani (1989–97). Rafsanjani facilitated the guards' involvement in economic activities with the hope that it would in turn support the regime in national crises. Through Rafsanjani’s privatization policy, the guards took control of several confiscated companies and established the Khatam al-Anbiya Construction Headquarters, in which it set up several companies in the industrial, agricultural, mining, road construction, transportation, and import and export sectors.

When Mahmoud Ahmadinejad came to power on a Principlist ticket, his government dramatically increased support for the guards. More than half of his cabinet members were either IRGC veterans or people with ongoing ties to the organization. The guards were awarded hundreds of no-bid government contracts and billions of dollars for construction and energy programs.

Nowadays, hundreds of the Iranian companies that seem to be private in nature are in fact run by IRGC veterans. Therefore, the organization’s economic enterprises include a broad network of members, rather than a single official or centrally administered organization identifiable to economists as a “pyramid ownership structure.” There is a large amount of companies, and subsidiaries that own shares of other companies.

However, despite the fact that the guards had built up a huge economic empire, the question of how they fared under sanctions had contradictory and shifting answers. Statistical analysis of an empirical study, which I coauthored with an Iranian economist, indicates that the profitability of IRGC companies decreased from 2009 to 2014 in general and that the organization suffered unduly because of the imposed sanctions.

The statistical data indicate that it was financial desperation that led the Revolutionary Guards to accept the nuclear deal, as some observers have stipulated. Equally, the same data provide a possible clue to the guards’ decision not to spoil the JCPOA, at least at the formal political level. Since the IRGC’s economic holdings are both extensive and profitable, it stands to reason that the guards have transitioned from a purely military security-oriented organization to an economic conglomerate, which is compelled to follow the rules of the market. Indeed, Mark Dubowitz, a leading expert on sanctions at the Foundation for Defense of Democracies, has argued that the guards would stand to realize a huge profit if the sanctions were lifted.

Economic considerations have played a significant part in the IRGC’s dramatic shift and will work against any effort by the organization to torpedo the deal. There are number of ways in which the Revolutionary Guards are poised to take advantage of lifting sanctions. The guards will, in many ways, act as a gatekeeper for Western firms to some of the most lucrative areas of Iran’s economy. The release from financial restrictions of companies with ties to the guards could itself help ease the return of swathes of the economy to the mainstream of world trade.

In all, as a part of the JCPOA, about ninety current and former IRGC officials, IRGC entities and firms that conducted transactions for the guards have been taken off the nuclear sanctions lists. Companies delisted at the implementation stage of the JCPOA would be able to move money through global banks, access the SWIFT financial system, and obtain and extend credit, among other activities. Though the deal keeps in place U.S. sanctions against the organization, it removes sectoral bans against those areas of Iran’s economy that the guards dominate. The organization will have the ultimate say on how the country’s post-deal windfall is spent.

Additionally, the Revolutionary Guards’ already hefty portfolio at the Tehran Stock Exchange stands to grow further. Its stocks will benefit from a rise in their companies’ market value, as foreign and domestic investors pour capital into the country’s financial markets. Evidence has already emerged to that effect. As the Wall Street Journal reported, a subsidiary of Italy’s Finmeccanica recently signed a contract worth $560 million with Ghadir Investment Group—jointly owned by the IRGC and the supreme leader—to build a power plant.

The Revolutionary Guards will be able to leverage their dominance in Iran’s economy to serve as a conduit for the new business flowing into Iran. To do business in Iran, foreign companies need an Iranian partner, which for large-scale projects often means firms controlled by the guards. In exchange, the IRGC will likely demand shared profits, joint ventures and other benefits from firms seeking to access Iran’s markets.

The IRGC is set to receive a windfall in funds after taking control of hundreds of Iranian businesses that do not appear on sanctions lists. The organization has reportedly placed its top commanders in high-ranking positions in over two hundred firms set to benefit from trade with the outside world, according to Dubowitz’s analysis. These companies have never been included on the trading blacklists, and will immediately benefit from the lifting of trade embargoes and other measures contained within the JCPOA.

The Revolutionary Guards had faced decades of difficulty in developing techniques to evade sanctions as part of their “sanction-busting” business. From an economic point of view, the probability that the guards would violate the deal is irrational, defying the very logic of the organization. As mentioned, IRGC companies’ profitability has decreased and the organization suffered excessively from the imposed sanctions. Hence, for the Revolutionary Guards, keeping their economic empire is essential compensation.

The organization’s post-deal performance also indicates that it accepted the deal and avoided taking actions that might damage the agreement’s viability. One very obvious piece of evidence is the capture and immediate release of American sailors, a symbolic event. Although the guards demonstrated their firm resolve to defend a revolutionary Iran, it showed its commitment to the nuclear agreement and the possibility of greater future diplomacy with the United States. In other words, the Revolutionary Guards used the opportunity to reveal the future path of Iranian foreign policy in the wake of the nuclear agreement—a path that can be best described as “pragmatic revolutionism” rather than a sign of Iranian belligerence.