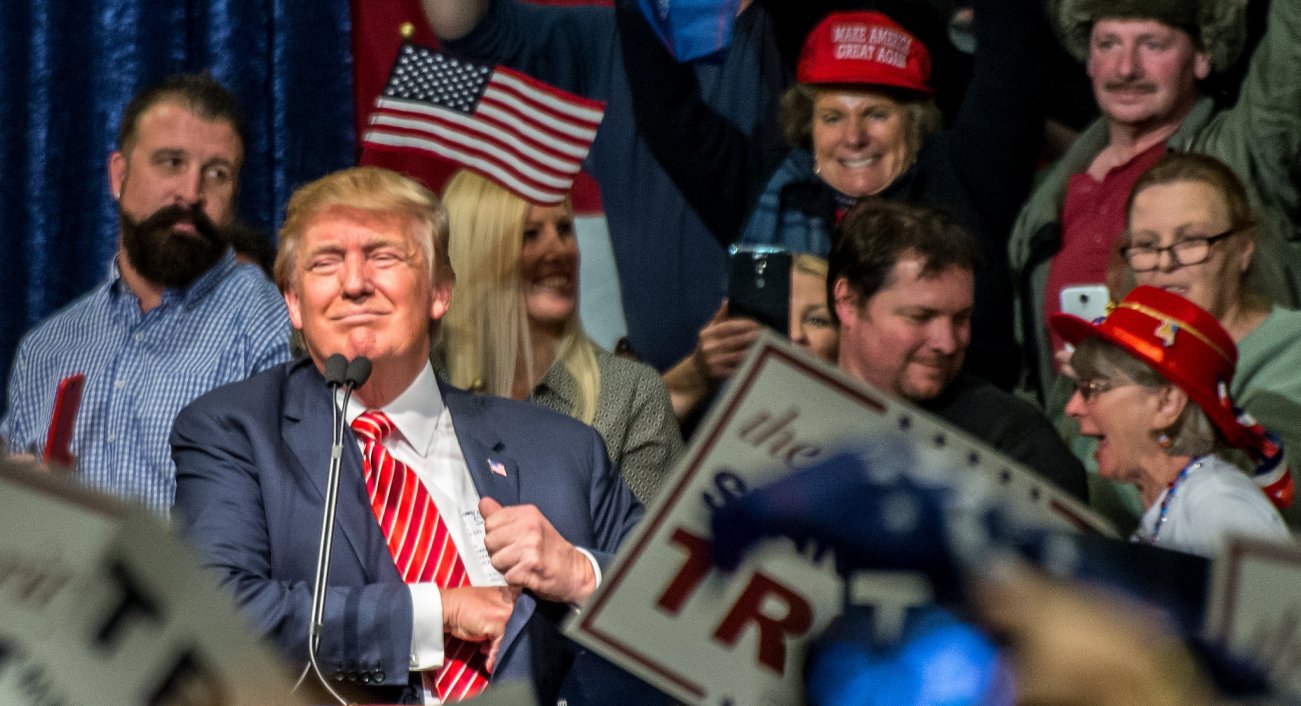 Only Donald Trump would attempt to rescue the phrase “America First” from its slightly discreditable heritage. Unfortunately, his sales job has been incomplete and unconvincing. Now, someone needs to rescue the same phrase from his crabbed, negative meaning.

The dominant foreign-policy vision animating left and right in recent years has been promiscuous intervention. While elites disagreed on tactics and targets, both major political parties shared a belief that Washington, DC should micromanage the world. God knows when a single sparrow falls to earth, Jesus declared, and so does Uncle Sam. United States presidents are apt to act if a company loses money, an election is stolen, a stock market collapses, a civil disturbance occurs, an aggression is launched, a threat is made, a weapon is tested, or an American value is disregarded.

When the president and his advisers—who came to decide on war even though the Constitution placed that power in Congress—were sufficiently irritated, they turned to economic sanctions to coerce the recalcitrant. Those sanctions harness the power of the world’s largest economy, and military action against which no other nation could stand.

Of course, most politicians glibly cite “vital national interests” whenever they act. They do this as if America, the superpower, could not survive in a world if, say, a random dictatorship in a typical third-world nation rose or fell. After the United States won the Cold War, Americans found themselves fighting in Iraq, Afghanistan, Somalia, the Balkans, Libya, Iraq again and Syria. U.S. officials conducted large-scale drone campaigns in Pakistan, Yemen and Somalia. They hunted down insurgents in Africa, enabled war in Yemen and considered action against Iran, North Korea and Russia. Now, it appears from the Trump administration’s rhetoric, that even China is on that list.

Even more inexplicable is Washington’s defense of prosperous and populous nation-states that are able to protect themselves. The Europeans enjoy a larger economy and population than America, let alone Russia. South Korea vastly outranges the North. Japan has skimped on defense spending despite long possessing the world’s second-largest economy.

One can justify backstopping such nations against serious—though unlikely—crises, which could dangerously upset the global balance of power. No one wants to see a hostile, hegemonic power dominate Eurasia, but such a threat doesn’t presently exist. There’s no reason that highly developed industrial democracies should turn to Washington, DC to solve every problem.

Moreover, America’s objective should be security and stability, not perfect harmony.  For instance, Russia’s aggressive treatment of Ukraine is unjustified, but it does not yet threaten Ukraine’s independence or Europe. To the extent that Moscow’s misbehavior should be treated as a warning of potential future harms, the Europeans should be spending not just a smidgen more, but a lot more, on the military. Increases of a tenth of a percent of GDP are pathetic responses if the Europeans genuinely believe they face a crisis sufficient to warrant calling on the services of the United States.

In his inaugural address, Trump set forth the essence of sensible “America First” foreign policy: “We will seek friendship and goodwill with the nations of the world, but we do so with the understanding that it is the right of all nations to put their own interests first,” he said. “We do not seek to impose our way of life on anyone, but rather to let it shine as an example. We will shine for everyone to follow.”

Ultimately, the U.S. government is created, funded, staffed and defended by the American people. Its first and overwhelming obligation is to those it represents—and coerces. It has no cause to squander its wealth and risk the lives of its own citizens unless something serious is at stake. Just as the highest duty of a family is to its own members, so too is the responsibility of those chosen to lead the American national community.

Washington, DC is at its worst when ivory-tower warriors propose grand humanitarian crusades to be paid with other people’s blood and money. Military personnel are not gambit pawns to be sacrificed in the latest global chess game. Taxpayers work to pay for the government to act for them, not for others. The willingness of Americans to sacrifice should not be abused by the social and political elites, which dominate the making of foreign policy.

However, national interest is not enough. America’s approach should be an enlightened one, in which a concern for others tempers Washington’s role around the globe. A world that is freer and more prosperous is better—not just for Americans, but for others. A good society welcomes those fleeing oppression abroad. While charity might begin at home, it should extend “to all people,” wrote the Apostle Paul to the early Galatian church.

That doesn’t mean the U.S. government must ignore the economic impact of trade deals on vulnerable people at home, shouldn’t deal with authoritarian governments that oppress their peoples, or must accept anyone seeking to cross America’s borders. However, concern for “the least of these,” as Jesus termed them, should inform Washington’s pursuit of its people’s interests. The best way to do that is to recognize the power of private action.

America’s best ambassadors are Americans. The professionals at the State Department and other federal agencies are essential. They work hard at sometimes impossible tasks, such as the sale of fundamentally antagonistic policies to other countries and governments. So long as Washington, DC engages in policies which disproportionately kill Muslims and favor Israel, no amount of public relations and spin will salvage Uncle Sam’s image in the Middle East. But polls still show that Americans—people, values and products—are viewed favorably.

Nongovernmental organizations assist with development and aid. Trade and investment spur economic growth and create international bridges. So do immigration and travel. Security is vital, but so is building human relationships, especially with people in dissimilar or hostile cultures. A wall—whether physical or legal—risks national interests in both very practical and more enlightened ways.

U.S. government officials should put America First. Their failure to do so in recent years has resulted in high costs to the American people: thousands of deaths, tens of thousands of serious injuries, and destructive blowback including terrorism and massive debt.

But treating America as their first responsibility does not mean that the president and his aides should ignore the needs, desires and interests of the rest of the world. The world is sometimes dangerous and threatening, but it is always fascinating and instructive—and occasionally enriching and even ennobling. The interests of the United States are best served by engaging other nations and peoples around the globe.