How Much Should the United States Spend on Defense? 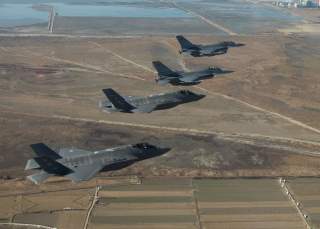 Almost two years into the Trump administration, there is much to like about the overall direction that Secretary of Defense Jim Mattis has taken at the Pentagon. Most impressive is the National Defense Strategy of early 2018 that prioritizes great-power competition and deterrence over the forever wars of the Middle East and South Asia.

However, the Mattis revolution is incomplete at best, and now it appears to be imperiled by a recent shift in political and budgetary winds. President Donald Trump increased the U.S. national defense budget substantially in his first two years in office—it is now $716 billion for fiscal year 2019 (which began October 1), still less than the peak war years of 2007-2011 under presidents George W. Bush and Barack Obama, but up by roughly $100 billion from two years ago. That figure counts war costs and Department of Energy nuclear weapons expenses in addition to Department of Defense base funding. However, according to his national security advisor, John Bolton, President Trump now appears interested in flattening or even reducing the budget to about $700 billion for fiscal year 2020. The Pentagon had been expecting something more like $733 billion; indeed, Secretary Mattis, Joint Chiefs Chairman General Joseph Dunford, and most recently the independent Congressionally-mandated National Defense Strategy Commission had all advocated ongoing real growth of at least 3 percent a year into the indefinite future, prior to the administration’s apparent change of heart.

The Democratic takeover of the House of Representatives, and the persistent presence of Tea Party Republicans in the Congress as well, will reinforce the administration’s own recent trend towards modest fiscal belt-tightening. Today’s national defense spending is affordable for the country in one sense; it represents 3.5 percent of GDP, when Cold War norms were 5 to 10 percent. But given the realities of U.S. domestic politics, it is hard to believe that meaningful reduction of the country’s nearly $1 trillion annual federal deficit will happen without a broad sense of shared national sacrifice. Moreover, a boom-and-bust approach to defense spending results in billions being wasted through inefficiency.

How to cut $33 billion out of the planned 2020 national defense budget? Fortunately, there is a lodestar that Pentagon officials, and the Congress, can reference to guide their work—consistent, we believe, with Mattis’s central priorities and with the nation’s strategic needs. Put bluntly, the military should not grow in size, as all of the services currently intend. Prioritization should be given to longer-term innovation and modernization, as well as unit-by-unit readiness, of the current force.

The army now wants to grow its current active-duty force from some 480,000 soldiers to at least 500,000. The navy wants to increase the size of its fleet from some 285 ships to 355 (in fairness, that latter goal dates back to the latter Obama years). The air force came out with a plan this fall to increase its own force structure from 312 operational squadrons (of all types of aircraft combined, and including the Guard and Reserve) to 386.

To be sure, there are good reasons for the services to want larger forces. Our soldiers, sailors, Marines and airmen are stressed from extended deployments. And we have been asking a lot of their equipment as well. The two tragic navy ship collisions of 2017, higher accident rates in recent training exercises, personnel shortages for military specialties like pilots and serious readiness challenges in certain categories of equipment (like Marine Corps helicopters due to lagging maintenance) have been the results.

The solution, however, is not a larger force, but a more consistently funded, efficiently operated and modern one. Congress needs to help, by providing budgets on time and predictably. It also needs to provide ample resources; that $700 billion figure should be a floor on the 2020 budget (naturally, there would be advantages to having the full $733 billion), not a waystation towards even deeper cuts. Authorizing another round of base closures would also help and is long overdue—though net savings wouldn’t accrue for half a decade.

And the military services, with support from civilian leadership, need to do things differently too. The army is overworked partly because it maintains deployments of several thousand soldiers in Korea and Poland through frequent rotations of multiple units, rather than permanent stationing of individual brigades in these locations. Excessive deployments to the Mexican border have not helped. The air force could consider similar changes in how it maintains key units in parts of the Middle East. The navy still focuses too rigidly on maintaining a permanent presence in the broader Persian Gulf and Western Pacific regions; more flexible and unpredictable deployments can ease the strain on the force without giving adversaries any solace.

Today’s military is big enough to meet the reasonable requirements of ongoing commitments and great power competition, provided that it is ready, and modernized, and resilient against the kinds of cyber, anti-satellite and other asymmetric attacks future adversaries would be sure to employ. We need a more modern and ready force, not a larger one.

James N. Miller was Under Secretary of Defense for Policy in the Obama Administration and a senior fellow at Harvard’s Belfer Center for Science & International Affairs.