How NATO Can Meet the Challenges of the Twenty-First Century 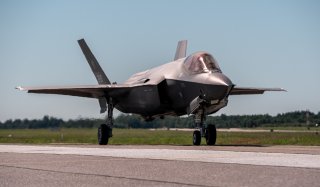 Russian president Vladimir Putin’s February attack on Ukraine was a strategic blunder. NATO had already established itself as the most successful and longest-lasting military alliance in modern history. Putin’s invasion has only served to strengthen NATO by rallying an unprecedented post-Cold War consensus within the alliance in favor of military preparedness and a shared commitment to deter aggression against any member. In addition, NATO member states have strongly supported the economic sanctions and other political measures to isolate Russia and raise the costs attendant to Russia’s continued fighting in Ukraine. Additionally, in May, political leaders in Finland and Sweden announced their intention to apply for NATO membership. The likely addition of two formerly neutral states to the alliance will further add to Russia’s discomfiture and NATO’s optimism about its ability to deter further aggression in Europe.

In the aftermath of Putin’s invasion and NATO’s likely expansion, however, complacency among member states should be avoided. Deterring Russia in the short term understates the demands that the international system and European politics will impose on an expanded NATO in the years to come. NATO’s political cohesion, military readiness, and escalation management skills will be essential for dealing with a variety of challenges and open questions. Among these include what to do with a post-Putin Russia; deterring and defeating transnational terrorism; the alliance’s relationship with a rising China; member states’ ability to maintain stable democratic regimes within their own countries and promote democratic institutions among non-NATO states; and adapting the alliance’s military strategy to a new world of technology that privileges cognitive warfare, space, and cyber capabilities.

The first issue is the political relationship between NATO and Russia after Putin either retires or is removed from office. For much of the 1990s, there was considerable optimism that post-Soviet Russia would be a more dependable strategic partner for NATO. Some even anticipated that a more democratic Russia might evolve from the ruins of the former Soviet Union. The whiff of optimism was soon dissipated, however, by events during the end of the 1990s, especially after NATO’s air war against Serbia over Kosovo. When former Russian president Boris Yeltsin resigned and turned over the presidency to Putin, the stage was set for a return to a more traditional Russian view of geopolitics with respect to the United States and NATO. Putin’s support for the U.S. invasion of Afghanistan in 2001 expedited cordial relations between the Russian president and U.S. president George W. Bush. But, by the time Bush departed from office, Putin had adopted a harder line toward NATO. Russia’s war with Georgia in 2008 marked a turning point that, with the advantage of hindsight, was a foretaste of things to come during the next fourteen years.

If Russia’s war against Ukraine is eventually settled by diplomatic negotiations following a protracted military conflict, then a postwar regime in Russia—with or without Putin—will have several options. First, it could maintain the revisionist stance toward the present rules-based international order in Europe and elsewhere. Second, it could adopt a more status quo-oriented policy that settles for a modus vivendi with an expanded NATO, pocketing small gains obtained in the war against Ukraine and, at least for the short term, gives up on the ambition of regime change in other European countries. Or it may move toward a détente with NATO and a more expansive policy of diplomatic, military, and cultural engagement with leading NATO powers, including the United States. The departure of Putin from office may push the lever toward the latter two options, although that depends upon the power struggle that follows him and the character of his successor.

A second issue for NATO will be its collective security agenda with respect to international terrorism. NATO support for U.S. military operations in Afghanistan was an essential component of U.S. combat and non-combat responses to the challenges posed by the Taliban and other non-state actors in that country. U.S. intelligence collaboration with NATO allies and within the Five Eyes group—consisting of the United States, United Kingdom, Australia, Canada, and New Zealand—is supported by global deployments of American special operations forces and other military and intelligence assets, including those of NATO allies. A robust network of information sharing tracks the military activities and communications of Al Qaeda and other major transnational terror networks. Although Biden’s national security strategy acknowledges that the United States now faces the problem of emerging peer competitors and the renewed threat of great power war, the threats posed by domestic and international terrorists have not gone away. In the wake of the U.S. military withdrawal from Afghanistan in August 2021, the Taliban, ISIS-K, and other groups with anti-American or anti-Western agendas will find new sanctuaries and outside support. These and other terrorist groups can use modern net-centric warfare to radicalize individuals across the globe and direct them against U.S. or allied targets. The possibility of a terrorist attack that uses weapons of mass destruction should also not be discounted as a continuing aspiration among radicals.

A third issue for NATO will be how to rethink its relationship with a rising China. China’s growing military and economic power challenges the Eurocentric international rules-based order and creates several security dilemmas for the United States and its allies. In addition to the immediate threat posed to Taiwan, China also creates military and political risks for Japan, South Korea, Australia, the Philippines, Vietnam, and other states in Asia. China’s long-range nuclear arsenal is growing—by the end of this decade, it is expected to deploy a triad of strategic nuclear launchers on land-based ballistic missiles, submarine-launched ballistic missiles, and long-range bombers. China’s sophisticated space program includes the ability to deploy satellites capable of shadowing other satellites or, if necessary, destroying them. Chinese cyberattacks against the United States and other countries regularly succeed in stealing intellectual property and classified government information. China’s Belt and Road Initiative, driven by a policy of buying up critical infrastructure for trade, manufacturing, and shipping, has increased its leverage over other governments and turned a much-ballyhooed form of globalization into a Chinese strategic triumph over whipsawed competitors. China’s continuing support for Russia will also capture NATO’s attention as Russia’s war in Ukraine continues to roil Europe.

A fourth issue that NATO must face is the fragility of democratic politics in a complicated twenty-first-century tapestry of ideologies and communications technologies. The twentieth century is a reminder that democracies can be toppled from within by adverse economic, political, and social forces. Timothy Snyder’s exemplary research has shown the potency of authoritarian appeals to a faux sense of nationalism and a reconstructed history, including in Russia. Europe as a collection of democratic countries based on consensual governments and pluralistic policymaking processes cannot be taken for granted. In the twenty-first century, a democratic Europe will face several challenges, including the growth of nationalist parties with anti-democratic agendas; changes in Western political cultures that privilege extremism and tribalism; the adverse consequences of “globalization,” including breakdowns in supply chains, the spread of pandemics, the disruption of markets, and the growth of an elite transnational class; and political coercion and military pressure from authoritarian regimes against democratic ones, within and outside of Europe.

Fifth, NATO will have to adapt its strategies and policies to emerging technologies for deterrence or warfighting in the space and cyber domains, human-machine interface, drone warfare, and unforeseen developments in bioengineering, nanotechnology, and cognitive science. If the twentieth century was the apogee of mass destruction in the industrial age, the twenty-first century will offer a variety of unconventional conflict settings, often combined with kinetic action. Major powers will be defined not only by the size of their military forces but also by how nimble and adaptive those forces are. Ukraine’s ability to defeat or slow the advances of Russian forces has illustrated the priority of adaptive learning and the superior use of intelligence, surveillance, and reconnaissance to support kinetic operations. Even future ground wars, notwithstanding those at sea or in space, will move at light speed. Commanders may be overwhelmed by mountains of data challenging their ability to separate the wheat from the chaff. The smart systems designed to unravel the chaos of battle will also contribute their own uncertainties to it.

How member states deal with these challenges will determine whether NATO continues to be the most successful military alliance in modern history. This is not the time for the alliance to lapse into complacency.