How a New President Can Protect Whistleblowers 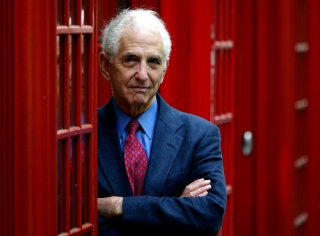 American citizens rely on whistleblowers to make sure the rule of law is upheld, their tax dollars are not being squandered, and that projects are executed safely for workers and surrounding communities. Yet, the Trump administration has sent potential whistleblowers an unmistakable message that speaking the truth may put their jobs at risk. It’s up to the next administration to reverse this culture of fear and restore protections that ensure transparency and accountability across the Federal enterprise.

Nearly one year ago today, President Donald Trump called the newly-elected president of Ukraine, Volodymyr Zelensky, with an unusual request. He needed him to “look into” his chief political rival, Vice President Joe Biden, and his son, Hunter Biden. While investigations into U.S. persons are traditionally conducted by U.S. institutions, the evidence shows that Trump wasn’t interested in process or fact-finding for there was no credible accusation of wrongdoing. To coerce Zelensky, Trump froze nearly $400 million of military aid to Ukraine, contravening Congressional intent and undercutting long-standing American efforts to bolster Ukraine’s sovereignty and counter Russian aggression.

Thanks largely to the actions of one courageous whistleblower, the public learned about Trump’s aberrant behavior. However, this information almost never came to light. Although employees who witness wrongdoing across the government have a legal right to report it, disagreement persists about what qualifies as wrongdoing. For example, the chief whistleblower statute for the intelligence community provides that employees in the intelligence community may report information “with respect to an urgent concern” to the Intelligence Community Inspector General (ICIG), who then has fourteen days to decide whether the report is credible, before sharing it with the Director for National Intelligence (DNI). During the Ukraine episode, the ICIG believed that the whistleblower’s report about the president’s call was a matter of “urgent concern,” but he was rebuffed by the DNI and the Justice Department, who concluded it was not. While the whistleblower letter ultimately made its way to Congress (triggering Trump’s impeachment), the legal standoff between inspector generals and the Justice Department didn’t provide much reassurance to the future whistleblowers. Indeed, as sixty-seven former inspectors general (IG) noted in an open letter last fall, the Justice Department’s reasoning merely “create[d] uncertainty for federal employees and contractors across government about the scope of whistleblower protections, thereby chilling whistleblower disclosures.” That Trump routinely and inappropriately called the Ukraine whistleblower a “spy” didn’t help.

The president remains determined to silence whistleblowers and the IGs appointed to review whistleblower complaints. Created by the Inspector General Act of 1978, IGs are watchdogs that conduct investigations to uncover waste, fraud, or abuse across various Executive agencies. They can access all records and materials available to the agency that relate to programs that the inspector general oversees, including sensitive material, and must provide semi-annual reports to Congress. Since April, Trump has removed five inspectors general with little to no explanation, including the IG who first brought the anonymous whistleblower complaint to Congress. Although it is the president’s right to remove IGs who are not fulfilling their responsibilities, Trump has removed more IGs than any U.S. president in the past thirty years, and often with dubious motives. In May, for example, Trump fired State Department IG Steve Linick, citing a lack of “confidence,” just as Linick was investigating Secretary Pompeo for using department funds for personal errands and for circumventing a Congressional freeze on arms sales to Saudi Arabia and the UAE. While Pompeo, who recommended Linick’s firing, claims that Linick was fired for failing to investigate unauthorized disclosures, senior State Department officials have resisted congressional efforts to investigate what really happened, prompting the House to issue four subpoenas this week. Equally atypical as Linick’s firing was Trump’s decision to replace Linick with another political appointee, Stephen Akard, who kept his job as the head of the State Department’s Office of Foreign Missions while simultaneously taking on the IG role—thereby overseeing himself. Earlier this month, Akard abruptly resigned with no explanation to return to the private sector.

Meanwhile, out of the spotlight, whistleblowers and truth-tellers have faced retaliation across the Executive branch. One unsettling 2020 GAO report found that in 2018 whistleblowers were nearly ten times as likely to be terminated as employees who didn’t report wrongdoing. Once again, the message is clear: You are at risk of losing your job if you stand up and speak out against abuse, corruption, or wrongdoing.

Whistleblowers and IGs can expose waste, fraud, immoral behavior and security breaches or risks—all of which can create discomfort for leaders atop government agencies. But what can make leaders uncomfortable are also the facts that can be crucial to the health and wellbeing of a vibrant democracy in which the government is accountable to the citizens it serves. For example, what if an employee at a nuclear clean-up site suspected that a gigantic vat of plutonium sludge was leaking into the groundwater and potentially contaminating citizens in nearby urban areas but didn’t issue a report for fear of reassignment? Or what if an employee in the Food and Drug Administration realized that a vaccine had extremely dangerous side-effects that the public didn’t know about but declined to report it out of concern that doing so would compromise her position? The examples aren’t imaginary or farfetched: Recent reports suggest that whistleblowers have already been fired for seeking more rigorous testing of the antimalarial drug hydroxychloroquine, which the president has touted as a cure to the coronavirus; for raising concerns about insufficient oxygen inside Navy aircraft; and for reporting irregularities in an opioid treatment program. Federal workers need to know they won’t be removed for reporting inconvenient truths. It’s the job of the next administration to create an environment that provides them with this opportunity.

Advocacy organizations have forwarded thoughtful recommendations about how to strengthen whistleblower reforms—from proposals to allow federal whistleblowers to access the jury system to proposals to make it harder for the president to fire IGs. But their recommendations require congressional action, which will undoubtedly take time and unfortunately will likely be politicized. A new administration can signal a commitment to the stronger values and norms surrounding whistleblower protection on day one by strengthening the whistleblower protections across government agencies and empowering Inspectors General across the Executive branch.

First, the next president should clearly state that he will not fire any IGs without a legitimate cause. The current law authorizes the president to fire IGs so long as he notifies Congress of his reasons. But by pledging not to fire an IG without a compelling rationale, the president can signal that the war against IGs is ending. Furthermore, he might pledge not to replace any IGs with political appointees, thereby avoiding the uncomfortable dilemma whereby an IG is overseeing himself or herself, as transpired in the recent Akard case. He could promise instead to appoint acting IGs only if they’re a senior career official in the IG’s office or a Senate-confirmed IG in another agency.

Second, agency heads should seek to mitigate any ambiguity in whistleblower statutes by promulgating guidelines about what kinds of reports will receive whistleblower protection. While it’s never possible to describe all possible disclosures in advance, providing more clarity and detail might empower employees to come forward when the law might otherwise seem too ambiguous. As deputy secretary of energy, Elizabeth Sherwood-Randall oversaw the promulgation of new regulatory guidance pursuant to the Atomic Energy Act, which expanded whistleblower protections for those reporting nuclear safety issues. Specifically, those new rules subjected contractors and subcontractors to monetary fines whenever they retaliated against employees who called attention to a radiation hazard. Because the department acted pursuant to a pre-existing statute, it didn’t need to wait for congressional approval.

More fundamentally, we need to ensure that agency heads appreciate their IG’s role and, most importantly, what the guidelines and guardrails are for a constructive relationship between leadership and an IG. At the moment, most agency heads rely on their individual IGs to inform them how the IG system works. While some IGs have effective relationships with their counterparts, tough dilemmas are bound to arise. For example, when is it appropriate for an agency head to suggest an IG look into something? When is it appropriate to tell an IG that an investigation is not likely to be fruitful so that the IG spends her energy elsewhere? Relatedly, when in doubt, who should an agency head ask about what’s permissible, the IG or the agency’s general counsel? While these questions often require good judgment on the part of the agency head, people shouldn’t take that good judgment for granted. The president could direct that incoming senior leadership, including the cabinet secretaries and deputy secretaries, receive thorough briefings from an independent entity on the roles and responsibilities of IGs.