How New Technology Secretly Slows Down the Economy 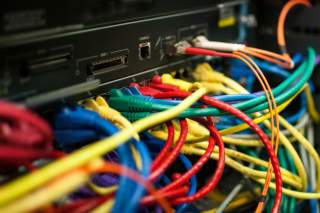 The U.S. economy has been struggling to return to its pre-crisis dynamism and growth. Wages and productivity growth are tepid at best. Even the digital boom and the ubiquity of computing power has not spurred the U.S. economy forward as we might have expected, and the culprits may be surprising: Baby Boomers and technology itself.

Technology is usually a good thing. It nearly always enhances our lives and makes us better off, but it has a habit of evolving—sometimes very quickly. Technology tends to cause shocks: large, unexpected step functions in how an industry operates. Electricity, the steam engine and now the internet and computing were (and are) shocks to the economic system. The ability to suddenly deliver energy across long distances, travel further and rapidly transmit large amounts of data are all general-purpose technologies that altered the economic landscape, making new skills necessary and rendering others obsolete. It took decades before the economic benefits from the application of these technologies were fully realized.

One nagging question is whether or not the U.S. economy will ever receive the benefits of the digital age. There are a number of reasons to suspect it will, and that it may simply be a matter of time and turnover. The promise of technology comes with lags. The dramatic shifts in technology over the past decade created “has-beens,” who have experience but lack the skills to fully utilize the available technologies.

Older workers can become more productive with experience, and this can help offset the shock of technology. But experience-dominated industries—the ones in which older workers can succeed for long periods of time without a significant threat of technological interference and disintermediation—are becoming more difficult to find. Luckily, most technology shocks only destroy or displace skills associated with a fairly specific technology, and education can insulate an individual worker from some of the potential effects of a technology shock. And plenty of technology out there will enhance educational and skill attainment.

Due to the pace of technological advance, the value of some skills is being eroded more rapidly. But, more importantly, innovations are not being utilized to the extent they could be, which could help explain why the productivity benefits of the internet, mobile computing, and the like do not seem to be filtering through the economy as quickly as would be suspected. The technology gap between Boomers and Millennials may be larger than thought.

Wages are typically skewed toward those with more experience and, in most cases, rightfully so. In some industries, though, this could be a poor outcome. Experience is a good thing, but if it is experience in doing a job with an outdated technology or a technology that could easily be outdated, the wages are being misallocated, and productivity stifled.

Admittedly, evidence of this type of economic outcome is difficult to come by. Anecdotally and logically, though, the Boomers working later in life could worsen the trend and hold back wage growth and job growth for younger, less experienced generations. It is unlikely that the full benefits of the digital era will be realized until there is significant turnover in management ranks that allows the productive technological force to flow through. Many managers will be shocked out of relevancy, whether or not they are willing to admit it. The technological advance may benefit society as a whole, but cause significant upheaval—particularly for those unwilling to change.

Technology can enhance and degrade the usefulness of certain skills as well as render job experience entirely useless. The digital technology shift of the past couple decades may be far more important than we thought—especially given the low savings rates of Boomers and their need to stay involved in the workforce. The pace of technological change may explain, at least in part, why the current recovery has been so poor. Too many people with too few technology skills remain in the workforce. The inability to reach out to the cutting edge of technology may be holding back the U.S. economy.