How to Prepare for Gray-Zone Competition 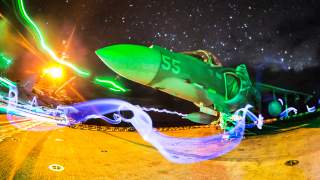 “Under present-day U.S. posture in the region, most American and allied bases and forward-deployed ships, troops and aircraft would struggle to survive a PLA salvo attack, and would be initially forced to focus on damage limitation rather than blunting the thrust of a Chinese offensive.”

This rather ominous-sounding assertion from the newly released Averting Crisis study is not a new revelation. It has been the normal state of affairs on the Korean Peninsula from 1950, as well as a compelling state of affairs in Europe and other places during the Cold War. It is a new threat to Japan, where we are still deployed and organized much as we were during the Korean conflict. The fighting then was on the peninsula, and Japan was a sanctuary. Since the end of the Cold War, we’ve become very comfortable with the luxury of bases as sanctuaries, complete with Baskin Robbins thirty-one flavors and weekly surf-and-turf dinners.

Moving out of range is not an option. We should have learned, from our 9/11 attack, if not from Pearl Harbor in 1941, that this gambit is highly dubious. Nothing is “out of range.” Today weapons have global reach and have a forward-deployed presence in every domain of conflict. More important is that our allies cannot change their geography. As a Japanese general reminded a Council of Foreign Relations audience a few years ago, “Japan is already under the Chinese [anti-access, aerial-denial] umbrella.” And Seoul, the capital of South Korea and one of the world’s largest mega-cities, is within range of a massive arsenal of rocket and tube artillery in North Korea’s Kaesong Heights, a clear and present danger. Our forces there, and the South Korean forces, of course, maintain a “fight tonight” posture and readiness condition for good reason.

China and North Korea have developed abilities to project power well beyond the confines of their geography, ensuring that any renewed Korean conflict will not be confined to Korea. This power projection plays a key role in today’s “gray zone” competition as a powerful instrument of coercion and cost-imposition. North Korea continues its missile and nuclear programs, regularly demonstrating their missile achievements in clear violation of UN sanctions. China continues to expand its comprehensive power projection with their Maritime Militia, state-controlled mercantilism, armed fishing vessels, PLA ships and aircraft and other means penetrating the sea and air space of their neighbors on a daily basis. China celebrates its “Guam killer” and “carrier killer” missiles. Surveillance is pervasive and ubiquitous, and weapons are accurate at distance.

Bases are hardly obsolete. Our bases in Korea, Japan and elsewhere serve vital political and military objectives long before the master arming switch is turned on. They show our commitment to our allies and friends in a very profound way. As many know from practical experience, the presence of our forces in allied countries requires constant compromise on the principles of sovereignty on the part of both parties. This is hardly theoretical, and is more accurately a daily, even hourly, engagement. Policy and strategy of both countries have to align at the top, of course. But it’s equally essential that the continuous contact between our servicemembers and the local communities be productive and welcomed.

Bases also are the only cost-effective way to develop, maintain and train forces in a forward-deployed posture. Bases also provide a cost-effective way to develop and expand alliance combined capabilities. This capability development within our alliance forces is critical if we are to integrate, in real-time, the fires and maneuver of our forces in defense of Japan, Korea, and the First Island Chain.

We are not obligated to fight from our bases, but we can. We practice operations under attack from air bases, and we’re adept at rapid runway repair and other necessary functions. An attack, even a surprise attack, is not necessarily the end of the issue. Readers of a certain age will recall our massive aerial campaign against North Vietnam and its forces. The result should relieve any panic that even a sudden salvo attack will force us or our allies to surrender.

The study does make a strong point. Unexamined doctrine becomes dogma, no longer relevant to the problem. As technology advances, military doctrine and organization must change, or suffer the fate of the combatants in World War I. In that unlikely conflict triggered by a single assassin, the nations of Europe marched to conflict seemingly unaware of the cumulative combat effects of early twentieth-century technology. Inconclusive stalemate, massive carnage, and the collapse of four empires followed, and war returned around the globe in a couple of decades. The technology of our era brings more changes more frequently, even adding more combat domains to the familiar air, land and sea battlefields. Adaptation is critical.

The power of the air and sea threat means that we can no longer allow forces on the ground to await the arrival of the enemy. Battles will not be sequential. They must be integral to the fight for air and sea control. Ground forces deployed in compact, agile and mobile “company task force” elements, equipped with weapons capable of reaching out at distance, would integrate their fires and in support of air and naval elements in the fight to maintain air and sea control. These concepts and more are embedded in various emerging service doctrines. These include the Marines’ “Expeditionary Advanced Base Operations”—EABO in the inevitable acronym. This name was deliberately chosen to emphasize a return to the Marine Corps’ role in combat ashore within naval campaigns. The U.S. Army is rapidly developing “cross-domain” and “multi-domain” operational concepts in pursuit of similar goals.

Much work remains to be done to bring these concepts to operational deployment. Distributed operations require distributed logistics, but emerging technology helps here, too. In Afghanistan Marines employed the K-Max twin-rotor cargo helicopter, originally built for the logging industry in logistics support. The single-pilot was replaced with autonomous systems. Only one example, for sure, but it is an indicator of things to come.