How to Promote Democracy without Demoting U.S. Interests 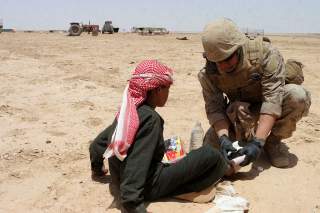 With this in mind, the third principle is to exercise particular restraint in promoting democracy inside other major powers, especially without government consent. Advocates note that political activists in authoritarian countries, including China and Russia, want American support in promoting democracy despite the personal risks. This often appears to be true, but does not create an identity of interests between these courageous individuals and the U.S. government. Because the United States is the world’s most powerful country, almost anyone seeking to overturn his or her own government would want American help—particularly when little internal political support is available, a condition that applies in both China and Russia, the two most powerful nondemocratic countries.

Activists seeking to remove undemocratic governments have every right to risk their own lives in the process; they may view regime change as their highest priority not only politically, but also personally. American policymakers have no such luxury and must weigh the consequences of such policies against other U.S. national interests. Under the circumstances, it is difficult to justify the likely outcomes of attempting to overthrow the government of another major power unless the United States is, or soon will be, involved in a major confrontation. Only in that case could the possible benefits of what amounts to an overt regime-change policy outweigh the probable costs. Then again, in a situation so dire, policymakers would likely consider hopes for democracy among potential ancillary gains rather than as a defining objective of American policy; Washington’s primary goal would be to weaken a dangerous foe.

Limiting active U.S. support for democracy promotion that is unlikely to work does not mean abandoning activists working to reform oppressive governments. Washington should continue to do what it can to protect their well-being and freedom from unjustified imprisonment or other abuses as a part of long-standing commitment to human rights. The United States should also continue to be clear in expressing its view that democracy offers the most promising path to freedom, prosperity and security.

Beyond this, policymakers should recognize that those who we are assisting in developing democracy also have their own standards of success—most will want better lives and hope that democracy will be the answer. Accordingly, the fourth principle is that U.S. democracy-promotion efforts must reliably produce demonstrable social benefits, meaning not simply new rights, but peace, justice and prosperity, not unlike what America’s Founders sought. If democracy doesn’t do this, it is less likely to endure. Applying this principle means carefully assessing the economic and social foundations of democracy in countries America hopes to assist to ensure that they meet certain standards, particularly with respect to rule of law. The Millennium Challenge Corporation has already applied this model to some U.S. development assistance. While Washington should offer help to any who seek it, the United States should focus its efforts where such standards are satisfied.

Finally, as President-elect Trump has asserted in discussing alliances, the United States could benefit from encouraging others to do more. Many of America’s allies already work actively in promoting democratic governance. Organizations like the Community of Democracies can play a useful role in advancing practical elements of day-to-day democracy. Facilitating additional efforts by non-Western democracies can be especially valuable in demonstrating both democracy’s cultural agnosticism and its compatibility with non-Western social value systems.

Ultimately, the choice that U.S. leaders face is between what George F. Kennan described as “attitudes, poses and rhetoric that cause us to appear noble and altruistic in the mirror of our own vanity” and policies that actually work. “It is a sad feature of the human predicament,” Kennan continued, “in personal as in public life, that whenever one has the agreeable sensation of being impressively moral, one probably is not.” America has an opportunity to promote democracy—and to be more true to its values—if it adopts a different course.