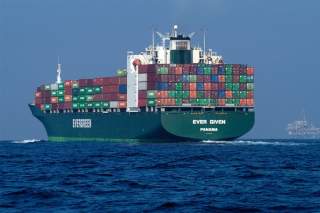 THE NEED to fight protectionism may well stand as one of America’s clearest and most vital national interests. From the voting booth to the country’s foreign-policy establishment, action is needed to defend free trade and shift away from past, unnecessarily partisan trade policies. Protectionism has destroyed prosperity time and again. The most dramatic illustration emerges from the history of the Smoot-Hawley tariffs of the 1930s. Sen. Reed Smoot and Rep. Willis Hawley, both Republicans, wanted to protect American jobs and industry from the ill effects of the 1929 stock market crash by building a tariff wall around the economy. Their legislation raised duties on some twenty thousand products by an average of 20 percent. Its immediate effect was devastating. The tariffs cut already hard-pressed workers and consumers off from lower-priced imports that had held down living costs and had helped sustain living standards in an already pressured situation. By denying American producers lower-priced imported inputs, the tariffs forced them to cut back even more than they already had, including their payrolls. Then, when the country’s trading partners retaliated with tariffs of their own, America’s global sales collapsed.

There can be little doubt that these effects deepened the Great Depression. World trade dropped 67 percent in the two years following the bill’s passage. Imports fell 40 percent, while exports fell some 75 percent. There is even evidence that the tariffs actually caused the Great Depression. Before they took effect in June 1930, business activity had actually begun to recover from the effects of the 1929 crash. Unemployment, which had hit 9 percent of the workforce early in 1930, had declined by June to 6.3 percent. After Smoot-Hawley passed into law on June 17, unemployment began to climb again, eventually verging on 25 percent. Certainly, the stock market anticipated the damage. It fell 10 percent the day President Herbert Hoover signed the bill into law.

For all this evidence, protectionism seems to retain a perennial appeal. AFL-CIO President George Meany in the 1960s and 1970s was famous for describing free trade as “a joke and a myth.” He consistently demanded “tighter restrictions on imports.” Each of his successors has done the same in one way or another. Presidents John F. Kennedy, Jimmy Carter and George H. W. Bush felt obliged, from time to time, to play to protectionist sentiment. JFK, though he imposed no restraints on trade, voiced concern several times over a “de-industrializing” economy. Countless books and magazine articles in almost every time period have made protectionist pleas. President Bush in the 1980s, no doubt in response to Japan’s great export successes, complained often of “unfair trade practices.” Sen. Lloyd Bentsen, a Texas Democrat, worried that because of trade “American workers [would] end up like the people of the Biblical village who were condemned to be hewers of wood and drawers of water.” Financier Felix Rohatyn also worried about “de-industrialization” and fretted that trade would make the United States “a nation of short-order cooks and saleswomen.”

This century has heard still more strident protectionist rhetoric, while Washington has shown a greater inclination to act on it. Early in his administration, President George W. Bush briefly imposed tariffs on imported steel. President Barack Obama imposed several select tariffs, most dramatically on tires from China. Proposals for more general import duties emerged in 2005 when Sens. Chuck Schumer and Lindsey Graham proposed 27.5 percent tariffs on all Chinese goods, a bipartisan bill that received the backing of sixty-seven senators. Though this bill never became law, both Republican and Democratic Congresses have since advanced over fifty pieces of antitrade legislation.

Matters have become still more intense in this election campaign. According to Donald Trump, “If we want jobs in America, we need to enact my five-part tax policy . . . a 15 percent tax for outsourcing jobs and a 20 percent tax for importing goods.” (That happens to be the same rate as Smoot-Hawley.) Trump would push the duty up to 45 percent on Chinese manufacturers and penalize firms constructing factories abroad, saying in response to Ford’s plans to build an assembly plant in Mexico that a President Trump would make the firm pay a 35 percent duty on every car coming across the southern border. And Trump is far from alone. Other Republicans—Mike Huckabee, Rick Santorum and Ted Cruz—have all sounded protectionist notes, especially in the way they have lambasted the recently negotiated Trans-Pacific Partnership (TPP). It is hardly surprising or troubling that politicians would object to the deal. It has many weaknesses. What is dangerous is the tone they have used.

From the other side of the political spectrum, Bernie Sanders brags that he has voted against every major trade agreement since he entered Congress. When an interviewer asked if he would always resist trade promotion, he responded in the affirmative. Sanders signed the Currency Reform for Fair Trade Act, which would blithely impose tariffs on any country suspected of currency manipulation. Meanwhile, Hillary Clinton has held to the antitrade position she first adopted during the 2008 Democratic primaries, when she and then candidate Barack Obama competed for who could shed more suspicion on international trade. When then Senator Obama said that he would “use the hammer of a potential opt-out as leverage” to push Canada and Mexico for concessions in the North American Free Trade Agreement (NAFTA), Clinton criticized him for not going far enough, calling for a “time-out” on trade deals. Their language was so harsh that Canada and Mexico formally rebuked the candidates and the United States.

Such persistence has roots, no doubt, in the highly asymmetrical effects of trade. The pains of trade fall acutely on easily identifiable groups in society. Pressured firms send operations overseas and in some cases close down their domestic operations altogether. Either way, working men and women lose their jobs. These people, in what only can be described as desperate straits, understandably club together to pressure the authorities to stop the pain that is trade. The media naturally relishes the opportunity to report on their suffering, stoking considerable sympathy in the general public and among politicians like Senator Smoot and Representative Hawley.

In contrast, trade’s benefits go less noticed, largely because they are less acute and more dispersed, certainly much less headline-grabbing than are the pains. Still, they are significant. Every worker and consumer enjoys the improved living standards afforded by flows of lower-priced imports. In the last twenty years, for instance, price comparisons suggest that free trade has held the rise in the cost of living down by half. According to the Peterson Institute for International Economics, the effect cumulatively has given the equivalent of as much as $3,300 per year additional income to every man, woman and child in the country. Such benefits for any one person pale next to another’s job loss, but since the gain occurs across a much larger number of people (all, in fact), the economy as a whole benefits.

Much evidence suggests that trade has brought meaningful employment gains, too. Access to cheaper imported inputs has impelled some domestic firms to expand more aggressively than they otherwise might. It is noteworthy in this regard that, despite foreign competition, the open economy since 1980 has created in excess of thirty million new jobs. Since that average growth rate of 1.5 percent a year is little different then in earlier years when trade was of less concern, it would seem that the benefits of trade to some employers has, at the very least, offset the job losses others suffer from foreign competition. Other indicators suggest that trade may have actually added to payrolls on balance. After all, up until the 2008–9 great recession, a larger proportion of America was employed, 64 percent of the population, than ever before. To be sure, that proportion has dropped in recent years, a reflection of, among other things, the lingering effects of that recession. But this recent decline can hardly be laid at the feet of open trade, while the earlier rise may well reflect it, at least in part.

These asymmetrical effects are clearly evident in the political maneuverings around trade questions. When, for example, the AFL-CIO recently advocated trade restraint, the Carpenters and Teamsters pointedly dissented. The Teamsters, of course, benefit from the shipping involved in trade, moving imports from the ports to the places of sale. Both unions also surely recognized the benefits to their members of lower living costs and were unwilling to give them up, especially since at the same time they could see that their members were less vulnerable to trade’s ill effects. Even more dramatic were the lines drawn when President Bush in 2002 decided to place tariffs on imported steel. Unsurprisingly, domestic steel producers and the steel unions were delighted. But steel users were far from pleased. Makers of machinery, appliances, autos, other steel-using products and their associated unions could clearly see the ill effects of more expensive steel on their businesses and on their jobs. They pressured Bush to rescind the tariff, which he did in less than a year, long before the World Trade Organization (WTO) could even hear the complaints of foreign steel producers.