How Qatar Helped Hamas Get Its Groove Back 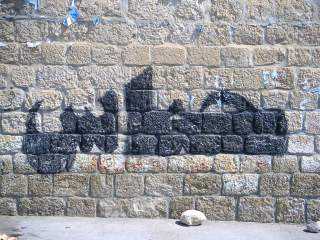 On Monday, Hamas, the Muslim Brotherhood offshoot that rules the Gaza Strip, thrust itself back into the international spotlight when it formally unveiled a new organizational charter. The long-discussed and much-debated document—launched with great fanfare by Hamas politburo chief Khaled Meshal at the upscale Sheraton Hotel in the Qatari capital of Doha—represents a new bid for relevance by the world’s premier Palestinian Islamist movement.

Hamas is in sore need of just such a facelift. In the past several years, because of strategic missteps as well as regional geopolitical changes, the organization has found itself isolated economically and neutered politically.

Back in 2013, Hamas famously fell out with its major sponsor, Iran, when the two took opposing sides in the Syrian Civil War, leading Tehran to slash its funding for the group. (They have since reconciled). Relations between Hamas and Egypt have also soured significantly since the ouster of Mohamed Morsi’s Muslim Brotherhood–dominated government in 2013. Morsi’s successor, Abdel Fattah el-Sisi, has launched a major crackdown on the Brotherhood, seeing it as both a political and security threat—a perception that extends to the group’s Palestinian branch as well. Tensions between Hamas and Saudi Arabia likewise remain high, due to Riyadh’s long-standing hatred of the Brotherhood as well as its worries over Hamas’s on-again, off-again dalliance with Shia Iran.

Naturally, Hamas officials are working overtime to reverse these trends and improve their strategic position. Hamas’s new charter is simply the most recent part of that process.

But it is hardly a sign of newfound moderation, as many have been quick to assume. Despite some tactical changes in the text (most notably, the replacement of “Jews” with “occupiers” as the principal target of its animus), Hamas’s long-standing objective of annihilating Israel is still very much in effect.

Thus, the original Hamas covenant—released publicly in 1988—called the creation of an Islamic state from the Jordan River to the Mediterranean Sea, a formulation that precluded any sort of compromise with Israel. Similarly, the new charter notes that the group “rejects any alternative to completely liberating Palestine from the river to the sea.” Hamas’s efforts to destroy the Jewish state, in other words, can be expected to continue unabated.

The real reason Hamas is now poised for a political comeback, however, has everything to do with Qatar. Over the past several years, amid deepening international isolation, the oil-rich Gulf kingdom has become a prominent political safe haven and a vital economic lifeline for the movement.

Qatar has served as home base for Hamas since 2012, when the outbreak of the Syrian Civil War prompted an exodus of its officials from their previous headquarters in Damascus. The kingdom has proven to be a hospitable haven, with officials like Meshal allowed to move around freely despite widespread international condemnation. Monday’s press conference is only the latest example of the freedom of action and organization that Hamas enjoys in the emirate.

Qatar’s ruling Al Thani clan has also become a major financier of Hamas’s fiefdom in the Gaza Strip. The Gulf monarchy has pledged billions of dollars in aid over the past several years to prop up the movement’s repressive rule there, bankrolling everything from electricity to the payment of public-sector salaries. This assistance is ongoing; earlier this year, Hamas officials confirmed that Doha was planning to dispatch yet another $100 million to Gaza. Such aid has provided a major economic shot in the arm for the troubled territory, and allowed Hamas to remain in business in spite of its pervasive failures of governance.

Qatari largesse brings with it a great deal of strategic leverage, and many have held out hope that Doha might, over time, convince Hamas to moderate. But Qatar’s rulers don’t seem interested in doing anything of the sort. Rather, they have bankrolled Hamas’s radical vision for years, allowing it to survive—and even to thrive—amid significant adversity. And now, they have set the stage for the group to acquire nothing short of a new political lease on life.

If its rebranding is successful, Hamas will have Qatar to thank. Everyone else, however, will have the kingdom to blame.