How Realistic are Realists About Israel and the Arabs? 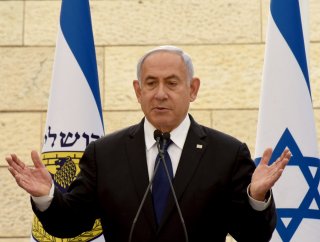 Foreign policy realists have regularly been bashed as anti-American isolationists for campaigning against U.S. military interventions here, there, and everywhere. Their opposition to the George W. Bush administration’s push for regime change in Iraq and to democratize the entire Middle East was condemned by both neoconservatives and liberal internationalists as nothing short of appeasement. At the very same time, realists have been denounced as cold-hearted cynics for their rejection of the notion that Americans have an obligation to intervene in this or that civil war and ensure that the good guys come out as the winners.

Against the backdrop of horrific television images of the war crimes committed by all sides in Yugoslavia’s wars of succession, eminent realpolitikers like the University of Chicago’s John Mearsheimer warned of the costs involved in Western military intervention in those conflicts. In fact, another renowned realist, Harvard University’s Stephen Walt suggested in 2015 that even if the Islamic State ends up winning the war in the Levant, the United States would have no choice but to learn to “live with it.”

But now that America’s military adventures and ideological crusades have ignited civil wars in the Greater Middle East, from Iraq and Afghanistan, and America’s ouster of Libya’s Muammar al-Gaddafi ended with a bloodbath in that country, the earlier flush of enthusiasm about intervening in Syria’s civil war has dissipated. Not to mention that no one in Washington has recently called on the United States to help actively resolve the ethnic, religious, and sectarian conflicts in Kashmir, Nagorno-Karabakh, Cyprus, or the numerous tribal wars in Africa.

There’s no doubting that Washington should maintain its military and diplomatic ties with a regional superpower like India notwithstanding its continued failure to resolve the conflict in Kashmir and its policies toward its Muslim citizens. Yet many American realists seem to go through a strange intellectual metamorphosis when Israel, with the largest concentration of Jews in the world, is fighting Arabs, and as in any war, even killing some of them.

They are often transformed, willy-nilly, into mawkish idealists, who insist that Washington take a clear stand in this one-hundred-year-long conflict and do something, anything, to end it—by pressing Israel to make concessions. Some of them are even questioning whether a Jewish State has a right to exist and promote a post-Zionist one-state solution. Because as we all know, similar experiments in bi-nationalist arrangements have proved to be so successful in Yugoslavia and elsewhere.

Consider Mark Perry of the Quincy Institute, a self-proclaimed realist think tank that has continuously warned against intervention in Syria’s civil war, against condemning China for its treatment of its Muslim minorities, and has called for diplomatic détente with Iran—one of the world’s leading human rights violators. Perry blames Israel for the recent outbreak of violence in the Middle East. And he calls for conditioning American support for Israel on the Jewish State’s willingness “to actually engage in diplomacy with their neighbors to a degree they haven’t.”

Well. It’s remarkable that any realist or just serious analyst of Middle Eastern affairs would make such a statement after decades of diplomacy that have led to peace agreements with Egypt and Jordan, the launching of the Oslo Accords, and more recently, the Abraham Accords. But let’s put it in simple terms: When it comes to the conflict between Israeli Jews and Palestinian Arabs, a not insubstantial wing of realists rush to the Palestinian side and importune Washington to intervene in the conflict between Arabs and Jews over the control of the Holy Land. In essence, they advocate embracing the Palestinian position and punishing the Israelis by cutting military aid to the Jewish State and joining other governments in condemning it.

Which does create a modicum of painful cognitive dissonance. After all, the Quincy Institute coterie insists that the United States should not encourage the ouster of Syria’s Bashar al-Assad, or punish Iran for exporting terrorism to the Middle East or for executing gays, or lead an international campaign against China’s mistreatment of its Uighur minority. These and other countries are doing bad things—but, hey, as realists see it, America should not intervene in the domestic politics of other nations or take action over issues that don’t threaten core U.S. national interests.

From that perspective, here is how a realist would respond to the latest Israeli-Palestinian war. It’s true that the images of death and destruction on both the Israeli and the Palestinian sides are heart-breaking. But then the realists’ main preoccupation is with the consideration of national interests. So they should demand that anyone proposing that Washington needed to “do something” about the recent fighting between Arabs and Jews explain why and how that conflict affects direct U.S. national interests. Otherwise, why not give war a chance, the way we are doing in, say, Libya, Syria, or Kashmir?

Once upon a time in the past century, the 1973 Middle East War being the prime example, the Arab-Israeli conflict did indeed affect U.S. strategic interests. America was punished for its support for Israel with an oil embargo and found itself in direct confrontation in the region with another global power, the Soviet Union, that backed Egypt. Rushing then to end the 1973 Arab-Israeli War made a lot of sense on the basis of pure realpolitik concerns, as it did later on when the United States responded to the Soviet invasion of Afghanistan and the Islamic Revolution in Iran.

But the Arab oil states are not about to impose an oil embargo on the United States. In fact, they are establishing a diplomatic détente with Israel, and, like Egypt, the largest Arab state and Israel’s 1973 antagonist, they believe that Iran represents the principal threat to their security. If anything, the United States is on the road to becoming the largest oil-producing state and isn’t sensitive these days to the threat of an oil embargo.

What’s more, the Soviet Union has disappeared. The United States remains the main global player in the Middle East notwithstanding occasional challenges from Moscow and Beijing, competitors that are not inclined to use their military power to help Hamas fight Israel. From Barack Obama through Donald Trump to Joe Biden, American presidents would like to disengage from the Middle East and shift the focus of U.S. geostrategy to East Asia and to dealing with a rising China.

Put bluntly, there is no reason why the Biden administration should invest much time, energy, and resources trying to resolve the Israeli-Palestinian conflict unless it is being asked by both sides to bless an agreement between them, as the United States did when they reached the Oslo Accords. Benign neglect towards the Israeli-Palestinian conflict seems to be the most cost-effective policy. Call it realism.

Which raises the question of why Trita Parsi, the Quincy Institute’s vice president, has been indefatigably tweeting his “daily reminder that the Abraham accord was an arms deal that will flush the Middle East with more weapons and move it further away from true peace.” American policy, as Parsi apparently sees it, should lead to an opening towards the Islamic Republic of Iran and engagement with its anti-Israeli proxies in the Middle East, including possibly giving the cold shoulder to the Jewish state and Arab Sunni governments. Those are legitimate policy prescriptions that assume that the United States would continue its interventionist policy in the Middle East. Whether they make much sense is another matter. The antipathy towards the Jewish State exhibited by some realists and their attempts to draw the United States into a never-ending conflict despite the high costs involved prompt me to ask a simple question: What gives?