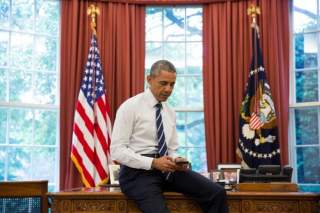 President Barack Obama’s Middle East policies have come under increasingly sharp criticism since the emergence of ISIL as a threat to Iraq during the summer of 2014. Some of this criticism has come from predictable quarters: neoconservatives and liberal interventionists who have long been critical of the Obama administration’s relatively “soft touch” approach to the region, notably its hesitance to get the United States more deeply involved in the Syrian civil war. But a sense of drift in U.S. policy toward the Middle East has spread to the general public, as well.

There is little doubt that the sudden rise of ISIL—made stark by the group’s seizure of Mosul, Iraq’s third largest city, in June 2014—caught the Obama administration flatfooted, despite earlier, alarming ISIL gains in Anbar Province. It announced a strategy the goal of which, in Obama’s words, is “to degrade and ultimately destroy” ISIL. The United States, with support from allies, has launched air strikes against ISIL in Iraq and Syria; it has assembled an international coalition, from within the region and beyond it, to confront ISIL; it has assisted Iraqi forces, which have scored significant successes, notably the recapture of Tikrit, as well as reverses, such as the loss of Ramadi; and it has ramped up support for the moderate Syrian opposition. Yet the criticism of the administration’s approach to ISIL—and, more broadly, Iraq, Syria, Yemen, the Persian Gulf and, indeed, the wider Middle East—has remained vociferous.   This criticism focuses on both the purported tardiness of the administration’s response and the allegedly half-hearted nature of that response.

There is some truth to these critiques. The administration’s policies do seem driven by day-to-day crisis management and a desire to appear to be “doing something.” There is, in addition, an obvious disconnect between administration’s rhetoric in describing the dire threat posed by ISIL and the president’s repeated promise not to introduce U.S. combat forces to the conflict. Critics may also be forgiven for doubting the depth of the administration’s commitment to overthrowing Bashar al-Assad’s regime in Syria. They have grounds to suspect that increased U.S. support for the moderate Syrian opposition is, in large part, merely an effort to placate voices in the United States and the region that have long insisted that Obama make good on his 2011 declaration that “Assad must go.”

The president has also been criticized for his Iran policy. His efforts to strike a deal with Iran on that country’s nuclear program have been attacked both in the United States and in the region. At least some of these attacks are grounded in fear that an agreement would a) strengthen Iran’s financial position by lifting sanctions on its oil exports; b) bolster what critics believe to be Tehran’s drive for regional hegemony; and c) lay the groundwork for a détente between Iran and the United States that would undermine other allies in Middle East—notably Israel and Saudi Arabia.

What strategy should we pursue in confronting ISIL and addressing the broader challenges of Iraq, Syria, Iran, Yemen, stability in the Persian Gulf, and the ever-present Israeli-Palestinian dispute? Any such strategy must go beyond the usual bromides of U.S. “leadership” and “engagement,” terms routinely deployed in the absence of any consideration of what goals America should pursue. U.S. leadership and engagement must, of course, play a part in any U.S. strategy in the Middle East. The United States possesses substantial—though not unlimited—military, economic, and diplomatic means to influence events that redound to our national advantage; it would be foolhardy not to use them.

As we outline in a new report jointly issued by the  James A. Baker III Institute for Public Policy and the Center for the National Interest, leadership and engagement must be subservient to the objectives of U.S. strategy, which are the protection and, if possible, the advancement of our core interests in the region. At one level, our policymakers and opinion shapers are aware of those interests, ranging from the unimpeded flow of oil to international markets to reducing the threat of terrorism to the United States. But such considerations can all too often be lost in an atmosphere of crisis when a rapidly deteriorating situation on the ground and calls for decisive action can lead to policies unmoored from a sober assessment of the United States’ true stakes in the conflict. This is doubly true when dealing with a threat like ISIL, whose extremist ideology and brutal practices prompt revulsion, anger, fear, and unsurprising calls for action.

While much has been written on the pitfalls of Obama’s policy leading up to this point, it would be a mistake now to embrace the temptation for the United States to take a more proactive role in Syria militarily to help break the deadlock in the hope of resolving the civil war. It would be a mistake to fall for the interrelated temptation of removing Assad militarily in the belief it will lead to a resolution of this conflict in light of the myriad internal and external actors competing for power in Syria. Creating a no-fly zone in the north to provide air cover for the Syrian military opposition that the Pentagon is training and to provide humanitarian cover for the civilian population would even be a great risk, and one that this administration and future administrations should avoid unilaterally.

The United States should also not completely close the door in terms of its engagement with the different actors in Syria’s civil war in seeking a resolution of the conflict. While the time may not be ripe now for such a settlement now, in the future, there may be an opportunity for such a settlement. While Obama and his successor should not place too high of a priority on this initiative, continued engagement by the United States diplomatically, with the clear recognition of the limits of such a path, would be beneficial. Washington should continue as well to diplomatically support the efforts of the U.N. in its own attempts to broker a settlement, and also should continue to provide limited support to Syria’s political and armed opposition. Arguably, both armed militias and political opposition groups are receiving enough weapons and financial support from regional states.

The current ISIL threat to Iraq is surely the most urgent challenge facing the United States.  It may be necessary for the United States to “up the ante” beyond its current, very limited direct military involvement in Iraq. But the Obama administration’s hesitance to do so is understandable. Without clear, limited goals and a plausible exit strategy, the deployment of significant ground troops risks drawing the United States yet again into an Iraqi quagmire. This suggests than any escalation—barring, say, the imminent collapse of the Iraqi government in the south or Iraqi Kurdistan in the north—should be limited to providing additional air support, arms, intelligence, and finance. There might well be the need for greater U.S. resort to special forces operations. By their very limited scope and duration, such operations are less likely to lead to mission creep. But we should avoid using U.S. troops to take and, particularly, hold territory. The United States has tried this before, after all, and it has failed.

The bottom line: the United States needs to be realistic about what it can accomplish in Iraq. Containment of ISIL comes first; without the introduction of substantial U.S. ground forces, retaking Sunni areas will be a long-term project; even should major population centers be occupied by anti-ISIL forces, the United States can expect continued low-level combat; and the arming of anti-ISIL Sunni Arabs may simply lay the groundwork for more sectarian conflict if and when the immediate ISIL threat subsides. The United States needs to disabuse itself of the notion that it can somehow make the fractured Iraqi state whole. Years of U.S. occupation—backed up by the dedication of manpower and money simply inconceivable in our current political environment—failed to do so. We are not going to do so now.

Whether we like it or not, Iran is now an important, if de facto, partner in the struggle against ISIL in Iraq. The United States foregoes possible cooperation with Tehran at Iraq’s peril. It may not be advisable to formalize that cooperation, given the hostility of Sunni Arab states, notably Saudi Arabia, to Iran’s current role in Iraq. But the United States should surely work to ensure better informal communications with Iran, if only on tactical matters related to military operations in Iraq.