This Is How to Rebuild America's Mighty Military 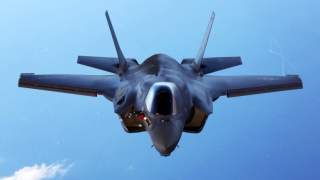 The Obama Administration has pronounced itself shocked and surprised by Vladimir Putin’s Syrian gambit, just as they did when Russian troops and proxies annexed Crimea.  Just as the George W. Bush Administration did when Putin moved into two provinces of Georgia in 2008.

Indeed, much of the history of the post-Cold War world can be told in terms of America’s strategic surprises: Saddam Hussein’s move into Kuwait, North Korea’s nuclear breakout, Slobodan Milosevic’s attempt at ethnic cleansing in Bosnia and Kosovo, al Qaeda’s attacks of September 11, 2001, the insurgencies that followed the Iraq invasion, China’s aggressive posture in the South China Sea, the Arab Spring, the rise of ISIS.  As former Defense Secretary Robert Gates once said, our record of prediction is perfect: we always get it wrong.

But while it is almost impossible to know on what day and at what hour the Japanese will strike Pearl Harbor, it is a much larger strategic mistake to be caught militarily unprepared.  Proper defense planning is an exercise in appreciating the scope of America’s security interests rather than precisely identifying threats.  It is this deeper failure that best explains the Pentagon’s problems—and the dilemma that will face the next commander-in-chief.

A quick glance at President Obama’s 2012 “defense strategic guidance” reveals how far off track we are.  This brief, 10-page tract is a remarkable summary of the administration’s thinking: Europe had become an “exporter” of security, no longer a theater that would “consume” U.S. forces; the United States would no longer engage in extended Middle East wars; the focus of planning could “pivot” to the Pacific, to East Asia.  And thus, the size of the armed forces could be further reduced, needing only to be capable of winning one war at a time and responding to passing crises such as humanitarian disasters.

Perhaps not surprisingly, the pace of strategic surprises has accelerated since then. But the Obama Administration in many ways only exaggerated the misunderstandings of its predecessors: before the president lowered the defense-planning bar to just one war, previous administrations had set a “two-war” standard.  That, too, was misguided.  To remain a global power, America cannot afford to “pivot.”  It must be constantly present in sufficient strength in the three regions—Europe, the Middle East, and East Asia—that are the critical pillars of the overall balance of geopolitical power, and it must have adequate reinforcements to intervene decisively when that balance is in jeopardy.

Moreover, as the post-9/11 wars have made painfully plain, “warfighting” alone is an insufficient measure of military power. Although victory on the battlefield is a sine qua non, so is the desire to deter war in the first place and stabilize weak and war-torn states once large-scale conflict is concluded.

Absent a good yardstick to measure itself by, it can be no surprise that the defense planning of the past generation has been a botched process; the current force not only is too small to protect America’s global interests, but it also has failed to field much in the way of new equipment since the Reagan buildup of the 1980s.  And the mindless cuts imposed by the 2011 Budget Control Act and its automatic “sequestration” provision have translated into a dangerous drop in force readiness.

The clear—if politically unpleasant—solution is to begin rebuilding the U.S. military to a “three-theater” standard, one that preserves what can be salvaged of the current post-Cold War peace and prepares for the conflicts already on the horizon.  Indeed, given the rising levels of violence and chaos in Europe, East Asia, and especially the Middle East, and the increasing uncertainty over America’s willingness to act as its position as leader of the international system demands, this is an urgent matter for the next president.

Sound defense planning is inherently a long-term process.  It must begin with an appreciation of what is constant—the world-wide security interests of the United States, its allies and partners.  Only then should it respond to changes of threat or of technology.  It is impossible to eliminate the element of surprise in international politics—although it is predictable that autocratic regimes like those in Russia, China, and Iran will take issue with an international system that values liberty as well as stability and prosperity—but it is possible to prepare for it.

The article above is derived from a new report, titled To Rebuild America’s Military, written by The Marilyn Ware Center for Security Studies at the American Enterprise Institute. Tom Donnelly and Gary Schmitt are the codirectors of the Center.