How to Resolve the War in Ukraine 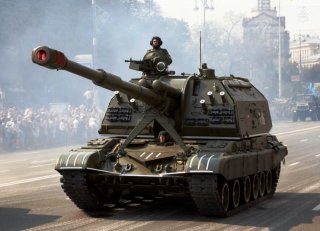 As the fall of 2015 unfolds, the Russia-Ukraine crisis is not generating nearly as much news attention as it created throughout most of 2014.  But in fact, it is still very serious—which is why the incoming Chairman of the Joint Chiefs of Staff, General Joseph Dunford, told Congress in his recent confirmation hearings in July of this year that no issue concerned him more. The hope that the so-called Minsk II agreement, negotiated last winter, will produce a durable solution seems very unlikely. That plan called for greater autonomy for eastern Ukrainian provinces in return for a verifiable ceasefire, with the lifting of western sanctions on Russia to follow. But Kiev is showing little interest in granting such autonomy and Moscow is showing little interest in reducing its inflammatory behavior towards the conflict. The fighting continues at a relatively steady pace.  Meanwhile, the underlying issues that helped provoke the crisis in the first place in late 2013 and early 2014—fundamental disagreement over Ukraine’s future strategic orientation—are no closer to resolution.

The western world’s response to the crisis in Ukraine has been measured so far, relying primarily on targeted economic sanctions against Russia, modest military reinforcement for the easternmost members of NATO, modest economic help for Ukraine, and support for the Minsk process noted above. Assistance to Ukraine’s military has been quite limited.  However welcome such restraint has been, it seems unlikely to endure once Barack Obama is out of the White House—especially if the Minsk II accord has demonstrably failed by then. I foresee a distinct possibility that come early 2017, some NATO countries will seek to arm the Ukrainian military with lethal equipment. However justifiable such a course of action might seem, it would be strategically perilous and probably counterproductive, since the most likely result would be Russian military escalation in eastern Ukraine and perhaps beyond.

A different approach is needed, one that goes to the heart of the problem by creating a new security architecture for central Europe that all can accept. It would envision permanent neutrality for those former Soviet republics not now in NATO—a concession to Moscow—but would demand in return that Russia commit to help uphold and guarantee the security of Ukraine, Georgia, Moldova and other states in the region, and allow them freedom to associate economically and diplomatically with whomever they chose.  The Crimea issue could be finessed separately in various ways.  Once such a plan was verifiably implemented, sanctions on Russia could be lifted. Such a basic strategy might or might not work, to be sure. But it attempts to wrestle with the fundamental challenges before us in a way that current policy does not—and to do so while a window of diplomacy before the 2016 U.S. presidential elections is still open.

This proposal will strike some in the West as distasteful or worse. It would allow Vladimir Putin—who has squelched Russian political and civil society and escalated unnecessary conflicts near his own borders—to claim that he was the Russian leader who had stopped NATO in its tracks, preventing any further expansion.  But we need to keep our eye on the ball.  NATO membership for Ukraine and other nearby countries is not a viable means of settling the current crisis in any event; not even the most hawkish voices within NATO are calling for near-term alliance membership for Kiev or any other central European state. Moreover, NATO expansion never was designed as a way to pressure or punish Russia.

A negotiated settlement would reduce the risks of direct NATO-Russia conflict—which, while still small, have grown significantly over the last two years.  Efforts to assign blame for how we got to this point must not be allowed to stand in the way of addressing problems that could impose enormous costs and risks if left unresolved.  For example, a recent report by the European Leadership Network details how the intensity and gravity of incidents involving Russian and Western military forces have increased, raising the risk of an accident or military escalation between nuclear superpowers.

A deal could also substantially improve the prospects that Ukraine can find peace and begin to refocus on economic recovery.  Our present collective indignation at the recent actions of President Putin should not blind us from seeking a deal that would, if achievable, be good for all.

It is not necessary to validate or vindicate Vladimir Putin’s view of the world to understand how many Russians came to view NATO as a malevolent force. Whether most truly consider it militarily threatening, a large number do consider it psychologically offensive and insulting. That attitude may not justify recent Russian behavior.  But it behooves western policymakers to understand these predictable Russian reactions and actions if they are to reduce the chances of conflict—not only in the current crisis but in the years ahead.

At the end of the Cold War, the prevailing view in Washington was that the United States was strong, and Russia was weak. We disregarded Russia’s opposition to NATO expansion, arguing that the alliance’s gradual eastward movement was designed to help new members consolidate their democracies and form a community of peaceful nations. We meant it sincerely, but Russia did not see it that way, even at the time.  Then came the U.S.-led military intervention in Serbia for the independence of Kosovo.  Then we withdrew from the ABM Treaty.  Then the Iraq war.  Next, we even suggested for a time that Ukraine and Georgia join NATO. We went back on our assurances to Russia that the air war on Libya was limited to saving civilian lives and did not envision regime change. Whether or not some of the above policies were justifiable, they all sat badly in Moscow—and some were interpreted as direct deceptions by the western world at Russia’s expense.

With each rejection, Russia’s resentment grew. Confronted by the West’s support for the pro-Europe protests in Independence Square in 2013 (Euromaidan) and the deposition of President Viktor Yanukovych in 2014, Russia’s accumulated uneasiness over the West’s intentions increased, and its military intervention in Eastern Ukraine soon began.

There are no easy mechanisms to resolve these problems diplomatically at present. Sometimes Russia and the West cooperate on problems, as with the Iranian nuclear crisis and Afghanistan, but sometimes their dealings outside of Europe only intensify animosities, as with the Syrian war to date.  The Organization for Security and Cooperation in Europe (OSCE) has been deeply engaged in Ukraine, but it lacks the political mandate to address, let alone resolve, core issues. The NATO-Russia Council, set up to create a more equal and effective partnership, has been recently suspended—just when it is needed most.

How Europe Sees the Crisis Today:

The current context of the situation was well summarized in a recent poll, released June 10, 2015, that the Pew Research Center conducted over the previous several months. It underscored that the West has a number of strengths in dealing with Putin—but also a number of serious vulnerabilities that will not get better just by ignoring them. The survey, led by Bruce Stokes and Katie Simmons, found that majorities of citizens in a number of key NATO states would not favor the use of force to protect another alliance member in the event of Russian aggression against them. That would seem, on its face, to ignore Article V of the NATO alliance’s founding charter, the Washington Treaty of 1949, which states that an attack on one is an attack on all, and should be treated accordingly.

This may appear to some as tantamount to an invitation to renewed Russian aggression. It seems to raise the scenario of Vladimir Putin again employing his patriotic cyber attackers and “little green men,” not just in Crimea but perhaps in Latvia or Estonia—former republics in the Soviet Union turned independent nations and, since 2004, members of NATO.  Each also has significant populations of Russian speakers that Putin can claim want to be reunited with the motherland; each is too far east for NATO easily to mount a military defense in any case. Are such parts of the Western alliance, and perhaps other countries like Poland, now vulnerable to Russian aggression?

In fact, it would be a mistake to reach this conclusion based on the Pew survey or any other recent polling. While there are indeed some troubling findings in the Pew results, on balance what emerges is the picture of an alliance that still provides the West with considerable cohesion, and considerable leverage, in addressing the problem of Putin—but also underscores that western publics wisely see this crisis as one that fundamentally should not be solved by military means.

Before trying to chart a path for the future, it is important to summarize not just the headline-dominating findings noted above, but several other key results from Pew:

- The NATO publics have negative views of Russia and Putin. They seem to have little doubt of who is primarily responsible for the crisis in relations of the last two years, dating to the immediate aftermath of the Sochi Olympics when protests in Ukraine forced out the country’s previous leader, President Yanukovich.