How to Respond to Russia’s INF Treaty Violation 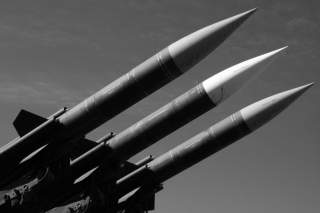 The United States has formally accused Russia of violating the Intermediate-Range Nuclear Forces Treaty by testing a prohibited ground-launched cruise missile. There are growing calls for the Obama administration to retaliate by backing out of this or other arms-control treaties. Such hasty steps would end up damaging the security of the United States and its allies, rather than enhancing deterrence or punishing Russia.

The United States should instead seek to protect a key arms-control achievement, signed by Presidents Reagan and Gorbachev in 1987, that still helps bring security and stability to Europe. To this end, a proportionate and effective response, which would help deny Russia any benefits from its violation, would be to enhance its capability to detect and track incoming cruise missiles in Eastern Europe.

There are already calls for the United States to start the process of developing its own prohibited missiles or even to withdraw from the INF Treaty. Preventing the treaty’s complete collapse is, however, very much in U.S. interests. The United States has no need for ground-launched cruise and ballistic missiles with ranges of between 300 and 3,400 miles, which are the only weapons that the treaty bans. America already deploys intermediate-range cruise missiles at sea and on planes. Intermediate-range ballistic missiles—should the need for them ever arise—could also be based at sea where they would be much less vulnerable than on land.

Russia, by contrast, has spent a decade grumbling that the INF Treaty denies it access to weapons that it needs for its security. Initially it advocated for “globalizing” the treaty—a clear hint that China was a major factor in its thinking. Although the Bush administration lent this plan rhetorical support, the idea went nowhere, prompting threats from Russia to withdraw. Russia has, however, not acted on this threat—presumably because it believes, probably correctly, that the diplomatic costs of withdrawal would be very high. Neither, according to media reports, has it yet fielded any prohibited missiles.

If the United States were to withdraw from the treaty now—or develop its own prohibited weapons and thus hand Russia the perfect excuse to abrogate—it would be doing Moscow a big favor. With the INF Treaty out of the way, Russia would probably go on to deploy its new cruise missile, causing serious alarm amongst U.S. allies in Europe and possibly in Asia, too.

Recognizing this, some arms-control opponents are instead calling for U.S. retaliation to focus on the New Strategic Arms Reduction Treaty, which was signed by Presidents Obama and Medvedev in 2010. Indeed, Republicans in the House of Representatives will probably try to use Russian actions as (yet another) reason to refuse funding for the treaty’s implementation.

This approach would be equally self-defeating. Moscow could well respond by suspending the implementation of the treaty’s transparency regime, as it threatened to do at the start of the Ukraine crisis. This transparency regime, consisting of inspections and data exchanges, is the most effective means available to the United States to understand and monitor Russia’s ongoing nuclear-modernization program. After all, while Russian intelligence analysts can monitor evolving U.S. nuclear capabilities by reading American newspapers, the Russian press is much less forthcoming.

New START also helps guard against the possibility that Moscow might initiate a large buildup in its nuclear forces. Russia is currently developing a new intercontinental ballistic missile that can carry a large number of warheads. If deployed, this missile would enable Russia to increase its warhead numbers at a relatively low cost—an option that President Putin might consider, given the precipitous decline in U.S.-Russian relations. Thus, contrary to political logic, rising U.S.-Russian tensions mean that New START has become more—not less—important to U.S. national security.

Instead, the United States should be more strategic and start the process of enhancing its ability to track and intercept cruise missiles in Eastern Europe. By nullifying any advantage that Russia would gain through its noncompliance, this approach would be both more appropriate and more effective than the tit-for-tat playground tactics adopted by the average six-year-old.

The United States is currently developing a new cruise-missile detection system known as JLENS, which consists of tethered airships carrying radars. Although it may sound oddly old-fashioned, it’s a clever idea because airships can be based at a high altitude for prolonged periods and can monitor large areas on a full-time basis. Plans to test this system in Maryland are currently in jeopardy because the House of Representatives is seeking to reduce its funding significantly. This presents the Obama administration with an opportunity.

Washington should now announce revamped plans to conduct the JLENS test in the territory of an Eastern European ally if Russia does not take corrective actions in, say, six months. This step, which Congress would probably support, would clearly demonstrate U.S. resolve to Russia and help reassure U.S. allies in Europe. If Russia ultimately moves from testing prohibited missiles to deployment, then assuming testing goes well, JLENS could be permanently based in Europe along with more air-defense interceptors capable of engaging cruise missiles. Doing so would serve U.S. interests, unlike trashing what is left of the arms control architecture.

James M. Acton is a senior associate in the Nuclear Policy Program at the Carnegie Endowment for International Peace in Washington.