How Russia Found a Disinformation Haven in America 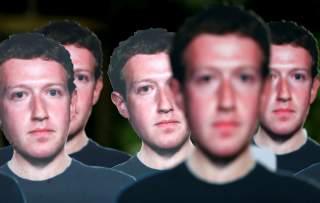 We must also acknowledge that American elites of all stripes have failed for decades to make sense of the rising tides of both the populist Left and populist Right. This was crystallized in 2016, when, reporting on Alex Jones’s InfoWars interview of candidate Trump, the New York Times described Jones’s audience as “fringe.” This was despite the fact that Jones had an audience equivalent in size to many rightly respected groups considered stakeholders in our national conversation.

The disaffected, the left-behind, the frustrated, and the struggling within the United States are no longer fringe. They are most Americans. And yet, many of our elites have ignored, misunderstood, or casually dismissed the economic and political drivers that spurred on braided strands of anti-establishment populism for thirty years. In exposing the rather stunning gap between our “leaders” and “the people,” the disinformation campaigns’ genius was made manifest. Expertly co-opting deep, anti-establishment trends of American political thought concerned with racism, sexism, LGBTQ+ issues and elitism long dismissed as “fringe,” the campaigns drew from the digital advertising toolbox to troll epistemologically unstable and politically dissatisfied people across the political divide.

The Mueller Report quoted an infamous post–election text message sent from a redacted source to Kirill Dmitriev, which stated simply, “Putin has won.” Mueller stresses that he did not “establish that members of the Trump Campaign conspired or coordinated with the Russian government in its election interference activities,” at least in the sense that conspiracy and coordination are understood by the law.  However, it is clear that “Putin” did “win” in 2016, demonstrably in the battle of ideas—where Russian information operations efforts were able to deliver blows to our Left and Right flanks, paradoxically, by empowering them.

“Russia” recognized the power of the emerging anti-establishment thought movements on the Left and Right, which are now battling it out in the arena of American domestic political discourse. And, using social media as a tool, “Russia” was able to highlight and amplify messages from these movements that it found strategically useful. Leaders in the private and foreign-policy sectors, many who have been insulated from fully engaging with our country’s roaring debates over how culture, privilege and power intersect, have also been too slow in their responses to the info ops campaign. To understand the appeal of “Russia’s” propaganda, elites should begin to examine the sources of their disconnection from “the people,” of whom they ought to be a part.

The 2016 disinformation campaign was not unique. It marked a crescendo in an opera of soft-power maneuvering that will not quiet any time soon. As Adam Segal of the Council on Foreign Relations has argued now for years, in order to understand our global system, we must understand the geopolitics of cyberspace. These issues will be with us for the rest of our lives. And they will only grow more complex.

Our agenda for countering the power of state-sponsored information operations campaigns must be foundational. Until we take real steps to address the structural and intellectual weaknesses that leave societies vulnerable to online disinformation efforts, political systems invested in balancing privacy, security, free speech, and democratic practice will continue to invite inexpensive, trivially easy interventions encouraging internal disagreement over what is true and not-true. Sometimes, these interventions will come from abroad. More often, these interventions will come from domestic sources, unless we decide, together, to stop.

Professor Rawi Abdelal is the Herbert F. Johnson Professor of International Management at Harvard Business School and the Director of Harvard's Davis Center for Russian and Eurasian Studies.