How Russia Sees the World 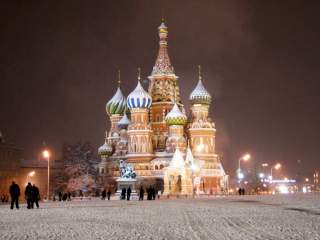 Deng Xiaoping and his colleagues deserve credit for reversing the course of their large and extremely complex country towards fundamental modernization, while also reconciling centuries-old and multilayered cultural and historical traditions with the imperatives of the late twentieth and early twenty-first centuries. The focus was on the need to work hard and unobtrusively in order to build a new economy, to learn rather than teach and to restrain (at least temporarily) grand foreign policy ambitions and direct them towards solving urgent and acute internal problems.

Over the past thirty-five years China has not lost its sovereignty or independence, but it has improved relations with all the countries that are vital for its economic development. Even issues that are at once internal and external (Hong Kong, Taiwan, the border conflict with India) were addressed not in a confrontational manner but calmly and gradually, with an eye to the distant future.

Currently, China has many more possibilities than before to advance its foreign policy projects, but it does not elbow its way to the front of the crowd in critical situations.

India was in an equally difficult situation in the first years of its independence. Unlike China, this great ancient civilization had neither centuries-long experience of single statehood nor a compact cultural and ethnic structure.

However India’s international influence grew immensely soon after independence, when it became a leader in the Non-Aligned Movement, automatically making it one of the main global actors in the “bipolar” world. With the bipolar world now gone, India has walked back its global nonaligned activities and started turning into a rapidly growing economic and nuclear power, concentrating not so much on global as on modest regional diplomatic efforts. The latter, including acute territorial disputes with Pakistan and China, have been pushed to the back burner, while priority has been given to solving basic problems of internal development and creating an influential and economically efficient “center of power.” India has found the optimal balance between strategic national interests and participation in ambitious global projects. India’s place in the world is less noticeable now than before, but it is potentially more effective and has better prospects in the long term.

In the last several decades, India has focused its policy on gradually correcting the balance between romantic globalism and real foreign policy needs and possibilities. India realized in the nick of time that “globalism with feet of clay” and real global responsibility were two different things, and took reasonable measures to find a balance between global responsibility and long-term national interests. India showed that a reasonable and proportionate use not only of Western technologies but also of the broader Western civilizational and cultural heritage (English as a common language, Westminster-style parliamentary democracy) did not harm its sovereignty but, through specificity, strengthened it and helped hold the country together.

The popular BRICS group (which includes some of the aforementioned countries) is an important addition and sometimes a good alternative to excessive power-play activity. Most of the BRICS members are developing countries, and their preeminent task is catching up in the field of development. They have already made impressive progress, and will hardly want to lose a bird in the hand for the sake of two in the bush.

BRICS countries believe that more flexible and multilateral partner relations, rather than alliances, within their group could be a way to show their global responsibility at a relatively low cost. But it would hardly be appropriate to entertain illusions about their possible full coordination, or the organization absorbing their basic strategic aspirations. BRICS is largely a framework whereby its members try to advance their individual goals. However, the financial inequality of the participating countries (which will only increase) cannot but reduce its effectiveness in the foreseeable future.

Riding the Wave of Super-Ideas

Germany has travelled a remarkable and edifying path, from national catastrophe to a great power, and effectively the leader of the European Union. What it failed to achieve with “blood and iron” in the nineteenth and twentieth centuries was achieved predominantly in the past decade with the help of less dramatic, modern methods. National unity has been restored without rekindling the historical fears of its neighbors, which was critically important. This unity is a natural result of its leading economic position in Europe, which was gained gradually, but which opened the prospect of political opportunities. Bonn, and later Berlin, saw to it that the implementation of long-term national tasks was closely linked with regional and global responsibility, to avoid reviving old phobias while exploiting new opportunities to the fullest. This policy proved very productive. The old Germany lost everything when it fought for its greatness. The new Germany has not defeated anyone but achieved almost everything it wanted to achieve in Europe, using modern methods, taking measured steps and keeping the balance at each new political turn.

As for Russia, it is again at a crossroads very much similar to the one that began the last century. Our social indisposition manifests itself increasingly clearly in the search by a considerable part of society for some new overwhelming idea.

At the end of the 1980s and the beginning of the 1990s, Russians were carried away by Gorbachev’s idea of “new political thinking.” Indeed, it was a beautiful, noble, global and almost religious idea. Unfortunately, it was detached from reality.

In reality, attempts to realize this idea inspired our partners to solve global problems in their usual unilateral manner, much to their own benefit. They did so by enlarging NATO and expanding integration. This provoked a tide of anti-Western exasperation in Russia, a tide of isolationism and exclusiveness—emotional but, frankly speaking, well-founded—that has been not been constructive for long-term interests.

This tide will ebb, as all other obsessive “super ideas” did before. But now the Russian elite must find the inner resources to navigate a course towards advancing national interests calmly and consistently—not by sacrificing, but by strengthening, multilateral global responsibility.

Fortunately, this can still be done, and this approach may not necessarily be unpopular, if the mistakes of the recent past are rectified and illusions overcome.

A Japanese politician once told me: “Japan went through a catastrophe in the middle of the twentieth century because it had mixed up two different things: a dream and a strategy.” Japan has learned the lessons of its mistake. Paraphrasing a Russian poet, one can say: “Let others profit from its lesson.”

Vladimir Lukin is a research professor at the National Research University Higher School of Economics in Moscow. He was Russia’s Ambassador to the United States in 1992-1994, Chairman of the Foreign Affairs Committee of the Supreme Soviet (1990-1992) and the State Duma (1994-2000), Deputy Chairman of the State Duma (2000-2004) and Commissioner for Human Rights in the Russian Federation (2004-2014).