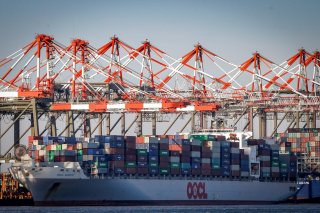 Against such background, the de-dollarization of world economic relations is progressively gaining momentum. The formation of new international payment systems is an inevitable process. Such arrangements will not depend on a single decision-making center, which means they will become safer and more democratic. Artificial restrictive measures on Washington’s part would be an interference but in the long run, would only spur the movement towards genuine multipolarity.

Russia categorically opposes the U.S. desire for a neocolonial re-division of the global economy, such as its attempts to standardize everything and introduce financial and technological monopoly in order to preserve Western dominance and to build a “stick and whip” system when capitals are faced with a choice between unprofitable deals and the threat of sanctions. Whilst in fact becoming slaves in economic, political, and at times socio-cultural terms, this is a path to nowhere.

Most of the world, including countries in Africa, Asia, Latin America, and the Middle East, agrees with the latter point. The weariness of Washington’s unilateralism is becoming increasingly apparent, as well as the lack of channels for normal, mutually beneficial cooperation.

It is equal dialogue with partners that the Russian Federation is focused on. It is vital that we find solutions, even if not ideal, that could make the world more stable and secure. At the same time, we do not propose replacing unipolarity with the creation of other two, three, or four centers of power. On the contrary, we stand for the right of any country to exist and develop freely. The current complex geopolitical situation cannot hold back our aspirations to build such interaction with other nations.

This is the basis for our work with friends within the Eurasian Economic Union (EEU), Commonwealth of Independent States (CIS), BRICS, Shanghai Cooperation Organization (SCO), Asia-Pacific Economic Cooperation (APEC), and the Economic and Social Commission for Asia and the Pacific (ESCAP). These formats are not directed against anyone. They were created and are working to strengthen trust between the capitals. They do not rule out involving all interested states in this common drive, without dividing them into “right” and “wrong.” We appreciate that multilateral trade, economic, and investment cooperation are at the forefront of these formats’ activities. The idea is to achieve complementary integration without globalized depersonalization and promote good neighborly cooperation without dividing lines and artificial rules.

Of course, this does not exclude the importance of working with Western colleagues and economic organizations focused on Washington and its allies, such as the Bretton Woods institutions. However, we proceed from the fact that such a conversation should be based on mutual respect and a willingness to compromise and find a genuine balance of interests. This is the only way the international financial system will be able to rebuild itself, shake off the burden of the servant of the “golden billion” and help pave the way for true sovereign development of all countries without exception. Russia will contribute to such efforts in every possible way.