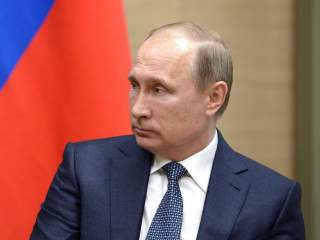 Russian aggression in Ukraine and nuclear saber rattling are jeopardizing the very global nonproliferation efforts that this week’s Nuclear Security Summit in Washington seeks to further. Moscow’s actions deserve a stronger response than they have received, not least to deter potential proliferators and reduce the risk of nuclear terrorism.

In some respects, Russia has been a responsible nuclear steward. Contrary to fears, no former Soviet nuclear weapon is known to have gone missing. During and after the Soviet collapse in 1991, Russia, with U.S. help, removed nuclear weapons from every former Soviet republic. The Nunn-Lugar Cooperative Threat Reduction Program and other U.S. initiatives have helped Russia dismantle nuclear missile silos, bombers and submarines; improve the security of nuclear weapons; and install technology to detect nuclear smuggling. The scale of these U.S.-Russian cooperative endeavors has only one parallel—U.S. aid to the Soviet Union under the Lend-Lease Act, which was the principal means for providing aid to foreign countries during World War II. Today, Russia and America co-lead the Global Initiative to Combat Nuclear Terrorism, a voluntary partnership of eighty-six nations and five international organizations, and have concluded accords to reduce strategic nuclear forces.

Since Vladimir Putin returned to the presidency in 2012, however, Russia’s record in lessening nuclear dangers has been checkered. Moscow played a key role in the P5+1 talks held in November, which reached a historic deal to constrain Iran’s nuclear weapons potential. On the negative side, Russia has flight-tested at least one missile banned by the Intermediate-Range Nuclear Forces Treaty.

Moscow’s greatest nuclear transgression concerns Ukraine. To help quell serious debate in Ukraine about the risks of future Russian aggression, Moscow, London and Washington signed the Budapest Memorandum of Security Assurances in 1994. The three pledged to respect the independence, sovereignty and existing borders of Belarus, Kazakhstan and Ukraine, and refrain from the threat or use of force against them. Separately, France and China offered similar assurances.

In December 2014, Ukrainian President Petro Poroshenko said it would be “irresponsible” for his country to seek nuclear weapons, but many political and diaspora leaders wish Ukraine had retained former Soviet nuclear weapons. This would have been dangerous. Ukraine lacks the capability to maintain such weapons, which is vital for preserving safety. Kyiv would have had difficulty establishing survivable basing and secure command and control, thereby enhancing preemption risks. Russia’s cyber espionage and jamming of Ukraine’s wartime communications illustrate some of the challenges. There was also the hazard of Russia penetrating Ukraine’s security and military sectors.

Also in 2014, Russia violated its Budapest pledge by seizing Ukraine’s Crimea region and invading eastern Ukraine. When Putin was asked a year ago if Russia was prepared to bring nuclear weapons into play in the Crimea action, he replied, “We were ready.” In May 2015, the NATO and Ukrainian foreign ministers jointly criticized statements by Russian leaders about “possible future stationing of nuclear weapons and their delivery systems in Crimea.”

Russia is the principal transgressor in this nonproliferation tragedy, but France, the United Kingdom and the United States have not covered themselves in glory. It took nearly six months and the shooting down of a civilian airliner for the European Union to impose strong sanctions on Moscow for its aggression. To this day, the West refuses to provide Ukraine with the lethal defensive weapons that it seeks to deter and defend against Russian incursions.

For seven decades, many advanced nonnuclear weapon states have relied for ultimate security on the U.S. nuclear umbrella. NATO and the U.S.-Japan and U.S.-South Korea treaties reinforce American guarantees. Weak responses to Russia’s Budapest violation, however, undermine the credibility of Western security assurances. Following yet another North Korean rocket launch last month, Secretary of State John Kerry reiterated America’s “ironclad commitment” to the security of Japan and South Korea. Not everyone is convinced. In January, Chosun Ilbo, South Korea’s largest newspaper, worried that U.S. “inaction in the military crises in the Ukraine and Syria” might mean Washington would respond to a North Korean attack only after Seoul had been turned into “smoldering ashes.”

Bolder steps are needed to contain Russia’s nonproliferation risks. The West ought to consider how its security assurances could become more credible and reduce proliferation incentives. U.S. nuclear weapon deployments in Europe give concrete expression to assurances. So, too, will increases in the U.S. military footprint in NATO’s eastern regions and missile defenses in East Asia. Secondly, in international nuclear and arms control forums such as the Nuclear Security Summit and the United Nations Conference on Disarmament, the West should seek condemnation of Russian aggression in Ukraine. Finally, America and NATO ought to provide substantially more military capability and financial resources to Ukraine.

If, in the end, Moscow comes to see that its Budapest violation helped rally Western opposition to aggression, global nonproliferation aims will be served.

William Courtney, adjunct senior fellow at the nonprofit, nonpartisan RAND Corporation, was U.S. ambassador to Kazakhstan, Georgia and a U.S.-Soviet commission to implement the Threshold Test Ban Treaty. John Herbst, director of the Dinu Patriciu Eurasia Center at the Atlantic Council, was U.S. ambassador to Ukraine and Uzbekistan.