How Russia Views the American 2020 Election 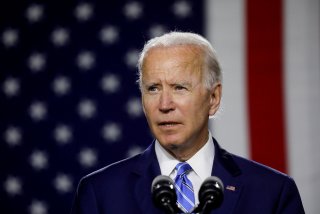 Nov. 4 in Russia was an official state holiday known as National Unity Day. The holiday is relatively new, and, at this point, not all Russians clearly understand what particular unity they are being invited to celebrate. As it happened, however, National Unity Day truly became a unifying day as Russians united in closely following the results of the U.S. elections. The search query “U.S. Elections 2020” became the most popular one in the Russian-speaking segment of Google, according to the company’s analytics. Also, many seemed to be reading Russian Wikipedia pages about Donald Trump, Joe Biden and “American Elections 2020.”

A few days earlier, polls began to appear on Russian social networks aimed at identifying the likely winner of the U.S. elections. If the forty-sixth president of the United States was chosen by the residents of Moscow, then it would have been Donald J. Trump—and by a wide margin. According to a survey by the Moscow Daily News, Trump enjoyed the support of more than 70 percent of Muscovites. Only about 30 percent of residents of the Russian capital were prepared to vote for Biden.

If the Kremlin has refused to comment until the official results are announced, then the Russian media has been quite unrestrained in expressing its sentiments. It has voiced concerns about the U.S. elections as if they were Russia’s elections. Election analytics, candidates’ chances, the specifics of the electoral legislation in individual states—all of this was presented by the Russian media in abundance. And here, as in America, there are impassioned supporters of Democrats and Republicans.

Basically, opponents of the Russian government also oppose Trump because he has not shown any strong desire for democracy promotion in Russia. Nor did he support or impose sanctions in response to the poisoning of Russian opposition leader Alexei Navalny. This is why those who want the United States to become a catalyst for change in Russia do not hide their sympathy for the democratic forces in the United States. The supporters of democratic forces include Mikhail Khodorkovsky, chess player Garry Kasparov as well as Navalny and his colleagues, and journalists of the radio station Echo of Moscow.

Strange commentary came from the latter. A few days before election day, the Washington correspondent for Echo of Moscow, Karina Orlova, declared that Donald Trump would not recognize the election results, and supporters of the current president “will simply descend on the polling stations armed with rifles and arrange their recount.” They would come to a place where election officials and those responsible for the recount will be declared by Fox News, the Republican party and, of course, by Trump, as agents of Soros or “Antifa terrorists.”

On the morning of Nov. 4, she lobbed another accusation at Trump, writing, “This is what a power grab looks like in a democratic country with centuries-old institutions.” Kasparov on Nov. 4 announced the victory of Joe Biden and accused Trump of inciting chaos. “Trump protests and lawsuits are intended to create chaos and doubt, to prolong the agony. If you discredit the system, you aren’t bound by its laws.” Navalny tweeted congratulations to the former vice president, noting that the elections were fair and that “this is a privilege which is not available to all countries.” It is impossible to say for sure why the Russian “democrats” like the Democratic party so much and do not like Trump.

Unsurprisingly, the traditional Patriotic wing, including employees of state TV channels, took a very different view of matters. It emphasized the putative shortcomings of the American electoral system. The television shows ran videos of alleged fraud, nonadmission of observers to polling stations, and screenshots from social networks with results in states where the actual number of voters exceeded the total number of registered voters.

The host of one of the most popular sociopolitical programs in Russia—60 Minutes—on the TV channel Russia-1, Evgeny Popov, compared American democracy with Africa’s autocracies. He said, “the current elections are the dirtiest and most scandalous in history.” In turn, the editor-in-chief of the Russia Today TV channel, Margarita Simonyan, suggested that Russia declare the U.S. elections invalid due to “numerous violations, the absence of foreign observers, reports of corruption and censorship on the main media platforms.”

Such a scenario is very difficult to imagine. No matter how fierce the campaign in the Russian opposition or state media, it is most unlikely to have any effect on the result of the elections themselves. It is striking, moreover, that allegations of Russian interference are not percolating inside America—in stark contrast to 2016. The truth is that the next president will be chosen by the United States, and Russia will have to accept that.