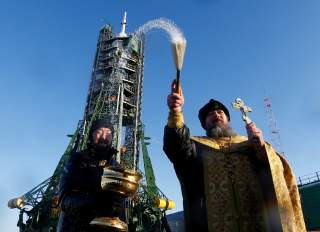 This pattern fits into the ideological tone of the Putin administration, in which pre-Soviet, imperial and Soviet legacies are all blended into a single narrative, where Reds and Whites, Orthodox and atheist, are all part of the same team, and whose goal is the preservation of the Russian state as a guardian of a critical spiritual and civilizational legacy which cannot be allowed to perish from the earth. The Russian defense establishment now has a clear purpose and a way to motivate its personnel. If we have truly entered a new era of great-power competition, every Russian has been given a clear rationale for why he fights—and if the narrative charted by Adamsky continues to gain strength and resilience, it will provide the Russian state with the justification for why it asks its people to bear new burdens.