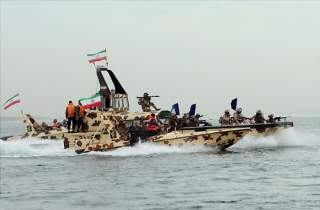 In discussing the reaction to the nuclear agreement, known as the Joint Comprehensive Plan of Action, that was signed by Iran and the international community in July 2015, scholars have warned about the possible cascade of proliferation in the Middle East. They have been particularly concerned about the responses of two key Middle Eastern countries—Israel and Saudi Arabia—to the JCPOA. While the architects of the nuclear agreement hailed it as a way to limit proliferation in the region, critics have contended that the deal would actually spur a nuclear race.

According to the JCPOA, Iran committed itself to a serious rollback of its nuclear project in exchange for lifting sanctions. In December 2015, the International Atomic Energy Agency certified Iran in compliance with the agreement, thus paving the way for sanction relief. The IAEA promised stringent oversight of Iran’s remaining civil program for the fifteen-year duration of the agreement. All sides to the agreement expressed optimism that the historical deal would prevent proliferation in the Middle East.

However, Iran has a long history of fomenting tensions in the region and an equally long record of deception in dealing with the Safeguard Division of the IAEA. As a result, a strong residue of mistrust has clouded the achievements of the JCPOA. Concerns have been raised that, despite stringent oversight, Iran could manage an illicit weapons program. Questions about Iran’s ultimate intention of achieving nuclear dominance in the Middle East have also not been put to rest.

Two countries—Israel and Saudi Arabia—offered guarded acceptance of the JCPOA, but reserved the right to reevaluate their decision should Iran fail to comply with the deal. Iran’s future behavior is thus of critical importance in shaping their respective responses. Israel, the only country in the Middle East with nuclear weapons, has emerged as a leading opponent of the nuclear agreement.

As envisaged by David Ben-Gurion, the Israeli nuclear arsenal was to provide deterrence against threats from Arab countries with numerically strong armies. To sustain this deterrent power, however, Israel has to preserve its nuclear monopoly in the region. As a result of this assumption, under the so-called Begin doctrine, the Israel Air Force bombed the Iraqi Osirak reactor in 1981 and a Syrian reactor in 2007.

Following the discovery of Iran’s nuclear program in the 1990s, Israel launched a multifaceted campaign to roll it back. Using an array of clandestine tools, the intelligence services, working alone or with the United States, sought to expose and damage Iran’s nuclear infrastructure. On the diplomatic front, Jerusalem had led the drive to impose harsh economic sanctions on Iran. By 2009, however, the newly elected Likud government concluded that, in spite of some guarded success, these measures would fail to stop Iran’s nuclear progress.

Instead, Netanyahu and his defense minister Ehud Barak planned to execute a preemptive strike on Tehran’s nuclear facility. On a number of different occasions between 2010 and 2012, Netanyahu and Barak tried to persuade the security cabinet to launch a strike. They failed because of strong objections of the IDF, the intelligence chiefs and several cabinet members. Meir Dagan, the head of the Mossad, took a lead in organizing a strong opposition to the proposed mission in the assumption that the action was ill conceived because Iran was still several years ahead of weaponization. More to the point, they argued that an attack on Iran presented a vastly more complex military challenge, which could not be carried out without the help of the United States.

Forced to revert to the diplomatic route, the Likud government urged the United States to negotiate for a zero-enrichment deal, a position that the Obama administration viewed as unrealistic, since the NPT entitled Iran to a civilian program. Though the JCPOA represented a severe setback to Iran, Netanyahu mobilized the Israel lobby in Washington to defeat it in Congress. During a bitterly fought campaign, Netanyahu and his American supporters accused the Obama administration of exposing Israel to a second Holocaust at the hand of a nuclear Iran.

Essentially, the new resolution, which is not as legally binding as the JCPOA, created a loophole for Iran to exploit and complicated the effort to define of what kind of missiles are capable of carrying a nuclear payload. According to the Missile Technology Control Regime, an informal group that works on nuclear-capable missile technology, missiles with a range of three hundred kilometers and a payload of five hundred kilograms can deliver a nuclear payload.

Iran’s missiles tests evidently violated Resolutions 1929 and 2231. In December, the Revolutionary Guards fired the midrange Emad and Ghadr missiles, capable of carrying nuclear payloads. It did not help that the missiles were marked with the words “Israel must be wiped out.”

Needless to say, Iran’s testing of ballistic missiles provoked a negative reaction. The media pointed out the slogan painted on the missiles, and quoted the head of the Air and Ballistics Branch of the Revolutionary Guards stating that the missiles were designed to reach Israel. Commentators suggested that the hardliners in Iran did not abandon their dream of vanquishing the Jewish state. For those familiar with the highly charged discourse on Iran, it was clear that the Likud government scored a significant point.

To counter the public relations fallout from the Iranian provocation, Washington accelerated its antimissile collaboration with the IDF. To increase combat preparedness, the United States and Israel hold the biannual joint exercise Juniper Cobra, a five-day combined military exercise against regional threats, including missile attacks.

Welcoming as the antiballistic umbrella might be, Israel has also redoubled its diplomatic and political efforts. Jerusalem has complained to the United Nations and the P5+1 countries about what it described as Iran’s blatant disregard for Resolution 2231 and the spirit of JCPOA. Israel’s ambassador to the United Nations demanded the Security Council to punish Iran. There was some sympathy for the Israeli position among the P5+1, but the Security Council did not act, because of the opposition of Russia and China.

Israel has received a better hearing in the Republican-dominated Congress, where a number of legislative initiatives have been making their rounds. On May 24, 2016, Michael Elleman, an expert from the International Institute for Strategic Studies, testified before a Senate committee on considerable increase of ballistic tests in Iran. Elleman pointed out that ballistic missiles are used to deliver a nuclear payload and that Iran has been trying to increase their precision. Though the Obama administration slapped a number of sanctions on eleven entities and individuals linked to the ballistic project, lawmakers have considered the gesture as inadequate.

They want to reauthorize the Iran Sanctions Act, due to expire at the end of the year, and add a variety of new restrictions. Israel lobby organizations like United Against Nuclear Iran and the Iran Project at the Foundation for the Defense of Democracies have warned companies and banks in the United States and abroad against doing business with Iran.

Limiting the economic benefits of the JCPOA would impact the domestic discourse in Iran. Hardliners in Tehran have already accused President Rouhani of giving up much of the nuclear program for few economic benefits, a theme that is expected to dominate the presidential election in 2017.

Like Israel, Saudi Arabia has had a long history of strife with Iran. Immediately after it seized power in 1979, the new regime, intent on exporting its particular brand of Islamism and undermining the Sunni kingdom, launched operations against Riyadh and its Gulf neighbors. In its latest venture, Iran has promoted the Houthi rebellion in Yemen, arguably the most direct challenge to Saudi interest in decades. Riyadh has also taken a dim view of Iran’s steadfast support for Bashar al-Assad in Syria. It is not surprising thus that the monarchy has considered the Iranian nuclear ambition as a protective umbrella for pursuing hegemony in the region.

President Obama’s readiness to negotiate with the Iranians met with considerable alarm in Riyadh. Though less openly vocal than the Israeli government, WikiLeaks documents and other sources indicated that Saudis were exceedingly frustrated by the Obama imitative. To the Saudi elite, the JCPOA was an indication of Washington’s willingness to tolerate Iran’s expansionism at the cost of its historical alliance with the Arab states in the Middle East. To make their feelings known, some officials in the royal circle urged the kingdom to match Iran’s nuclear advances. For example, Prince Turki al-Faisal, the former Saudi intelligence chief and an influential member of the elite, declared that Riyadh will not live in the shadow of a nuclear-armed Iran. In 2011, he stated that should Iran cross the nuclear threshold, Saudi Arabia may react by building its own nuclear enrichment capabilities.

In fact, Saudi Arabia has already laid down the foundation for its own nuclear infrastructure. Admittedly, the nuclear energy program could provide the infrastructure for a clandestine weapons program, especially if Riyadh decides to enrich its own uranium. But observers have argued that purchasing enrichment technology or, better still, nuclear weapons from Pakistan is a more plausible scenario. Saudi Arabia has a long history of collaboration with Pakistan and, by all accounts, financed Abdul Qadeer Khan, the “father” of its nuclear weapons. In 2013, Mark Urban, the BBC defense correspondent, claimed that, as part of the finance deal, the Pakistanis fabricated a number of warheads to be transferred to Riyadh in an emergency. Other journalists have supported the “off-the-shelf” Pakistani arsenal theory as well. However, it is hard to assess the veracity of these reports. The Saudis have a vested interest in demonstrating that the nuclear deal with Iran would spur proliferation. Having objected to the impending JCPOA, Saudis found it useful to disclose information strengthening the proliferation scenario.

Translated into the language of realist theory of international relations, Saudi Arabia accepted the diminished role of the United States in the Middle East and its perceived shift toward Iran. Indeed, this is the gist of the evolving “Salman doctrine,” which also envisages isolating Iran diplomatically and using conventional military means to increase Tehran’s cost of fomenting upheaval. At the present time there is nothing in the “Salman doctrine” to hint of proliferation but, depending on future developments, the nuclear option could be incorporated.

To dissuade Riyadh from taking the nuclear path, the Obama administration agreed to upgrade the Patriot antimissile defense system operating in the kingdom, but President Obama has not signaled his decision yet and, in any case, the outcome of the 2016 election may further disrupt traditional American foreign policy in the region. However, for the time being, the monarchy seems to have taken a low-key approach and, under pressure from the United States, reluctantly accepted the JCPOA, but has worked on creating a hedging strategy should Iran abrogate the agreement.

Iran defaulting on the JCPOA, either as breakout or a sneak-out, could radically reconfigure the equation. Germany’s intelligence agency recently produced a report detailing Iranian cheating strengthens such a plausible scenario. By doing so, Saudi Arabia may try and leverage its fledgling nuclear-energy project into military one. Israel may also try again to execute a preemptive strike or, at the very least, a massive clandestine operation.

Farhad Rezaei is research fellow at Middle East Institute, Sakarya University, Turkey. He is the author of the forthcoming Iran’s Nuclear Program 1979-2015: A Study in Nuclear Proliferation and Rollback (New York: Palgrave Macmillan, 2016).