How to Save Trump's State Department 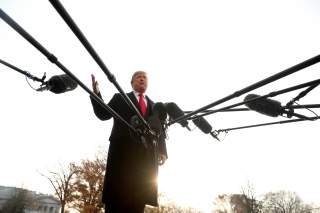 For ten months the State Department has been nearly immobilized between staffing cuts that are shredding its expertise and a reform process that has put lives and decisions on hold for almost a quarter of the administration’s term while it seeks to discover some holy grail of reform. Most press discussion has focused on what is happening at the moment, little has been on what reform might mean for the departement. Yet multiple studies of departmental reform already exist with common elements that suggest both the broad lines that reform should take and the fact that it could be managed without the agony of the current process.

The current state of affairs has been widely discussed. Senior officers are leaving, positions are cut, a hiring freeze remains largely in place despite some exceptions, and many senior positions remain unfilled. The freeze itself has resulted in a constricted decisionmaking process that appears, at least from outside, to be top-down micromanagement, contrary to efficient decisionmaking. To take just one example, senior training at various war colleges and universities was put on hold, presumably to consider whether such things should be curtailed, although no rationale was offered. Months after such assignments would normally be made, an exception to the hold was finally made at a very senior level, and officers who had had their families’ futures suspended for months could finally plan. This is a small example. But in a service where staff moves across continents, it is important for families and careers to have timely decisions. And when decisions are suspended, officers try to find other jobs to avoid being left with only the dregs of the assignments process if the training does not go forward.

This process of small-scale decisions being made very slowly at a high level is constantly repeated. Decisionmakers mull over questions about who should travel to UN meetings? For whom will family member hiring exemptions from the freeze be made? Rumors of over one hundred action memoranda awaiting decision in the secretary’s office are too well sourced to disregard, although that number may have been inflated in the storytelling process. Essentially, it is as though most of the nation’s trains had been instructed to stop in the middle of their journeys while a select group of authorities examine and adjust their schedules, and, ten months later, can still be found sitting exactly where they stopped. The rationale, as far as one can guess since no public comment has been offered, is that all this control is essential so that the eventual reform plan can work from a clean slate.

Someday, after the White House and OMB have had their own look, a reform plan will come forth. While it will have to be evaluated in detail, there already exist basic precepts by which to judge the adequacy of the resulting plan. Over the past few years numerous individuals and institutions have produced papers on State reform. The most important of these papers have been compiled by the American Academy of Diplomacy, the Atlantic Council and the Heritage Foundation. The Hart-Rudman Commission on National Security Report of 1991 also identified some of the same issues. Leaving aside many individual details, and numerous other articles by individuals, one finds a number of ideas that all the reports share. They constitute the outlines of what multiple experts and panels for years have agreed should be done. They also suggest that, with so much known, reform could move along much faster and be less painful than the current process.

What Is Not in the Reports?

The massive budget and personnel cuts favored by the current administration appear in none of the major reports. Brett Schaefer’s Heritage report notes the growth in State Department personnel and points out that the frequent argument for increased resources is wrong because the problem is a misapplication of existing resources, but it does not suggest large reductions. The academy’s work, which may be seen by some as representing a bias of the practitioners involved, also calls for reductions in some areas of staffing to free up resources for higher priority tasks. How the administration arrived at its preferences for major reductions remains a mystery.

One element missing from all studies except those of the academy is the need for surge capability in times of crisis. The Afghanistan “civilian surge” during the Obama administration was heavily criticized for being too slow to field the needed staff. One study of civil-military operations in crisis has noted that State’s inability to respond to military requests for political assistance during operations has been ongoing since the Mexican war over 150 years ago. As history suggests that interventions will be a recurrent phenomenon, future reform should consider how this need will be met.

The common elements in the reports could well provide a blueprint for essential reforms. Details would need study and some adjustments would surely be needed as experience with changes was developed. But using what is already widely agreed could have launched reforms earlier and without a long delay.

Two recommendations common to the reports have already been accomplished, to the administration’s credit. One is the reduction in special envoys and advisers. All the major reports noted the proliferation of such offices, commented on the negative effects of duplicative responsibilities and the confusion in the chain of command and called for major reductions. This theme predominated in many of the articles by individuals as well.

A second recommendation, made by both the academy and the Heritage, was to remove the position of a second deputy secretary of state. The experience of this position was that it led to bureaucratic duplication and added little to nothing to effective management. The much larger Defense Department runs with one. For these two actions the administration deserves recognition. Many other common elements of recommended reform have yet to garner attention.

Here are some common recommendations:

As domestic and foreign-policy issues have increasingly merged, many cabinet departments thought of as domestic now play a role in foreign policy. Treasury handles the execution of sanctions. Defense shares resources and authorities for foreign-military training. Commerce and the office of the Special Trade Representative share in the responsibility for foreign trade as does the State Department. While each department has its own view of what is important, only State is responsible for maintaining a holistic view of how interests or policies may contradict each other or raise tensions. Some critics charge that the State’s view may sometimes be too sympathetic to foreign interests, but without the State’s role in integrating policy, tensions between goals are likely to be found only when policies are put into place and embarrassment results.

Most reports seem to assume this function as a continuing necessity and not a problem that needs fixing. However, with rumors now circulating of moving major functions like visas, refugees, or sanctions out of State to other agencies, it is worth remembering the need for integrating policy concerns.

Every review of State Department procedures has noted that the department has too many layers with unclear lines of authority. This impedes rapid decisionmaking and consumes countless hours in the clearance process required to send information and decisions to senior policy makers. Many of the other recommendations for change stem from this recommendation. An associated concept is that responsibility for many actions needs to be pushed down. The current operation of State has moved in the opposite direction, although some may argue that this is temporary until the reorganization study is finished.

Another thing that is frequently noted is that the absence of clear lines of authority has led to major growth in the National Security Council. The result is that NSC staff nearly doubled just from the second Bush administration to the Obama administration. The NSC became a quasi-action department, although the nearly unanimous view of observers during the last administration was that this development led to micromanagement and a further slowdown in policy execution rather than enhancing efficiency. All the studies call for a reduction in the size of the NSC. The Heritage report specifically recommends that authority be pushed back to State’s undersecretaries and assistant secretaries. The recommendation to reduce the size of the NSC, which has been followed to some extent, lies outside the specific authority of State but will need to be considered as part of the reform of America’s diplomatic structures. Reform, however, depends on close-working relations between State and the NSC. Rumors and casual comments to date raise questions about how this is working.

Reduce the Number of Undersecretaries

America managed the diplomacy of World War II with only two undersecretaries. The number has now expanded to six. The lines of authority overlap and add confusion to decisionmaking, and they push more decisions upward to solve bureaucratic disagreements. Additionally, since there is an inherent bureaucratic (and perhaps human) reluctance to ask supervisors for guidance, many issues remain unresolved when bureaus and undersecretaries disagree about action, thus further slowing decisions.