How Significant Are the Russia Hearings for Trump? 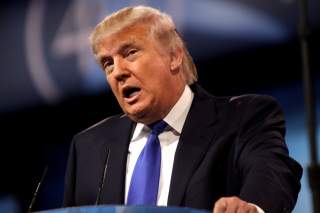 Editor's Note: In our latest Facebook Live interview (please like our Facebook page to see more of these events) Jacob Heilbrunn, editor of the National Interest, sat down with Daniel McCarthy, editor at large of the American Conservative, to discuss President Donald Trump's domestic politics, the Russia hearings and American foreign policy.

Dan McCarthy recently wrote how the selection of a special counsel could be good for Trump. An excerpt of the article can be found below:

Donald Trump may have learned about the appointment of a special counsel to look into Russian interference in last year’s election less than an hour before the news went public, but he took the news calmly—at least until this morning. The timing might have been a surprise, but the result should not have been: from the day last week when the president fired FBI director James Comey, the appointment of a special counsel was inevitable. Another former FBI director, Robert Mueller, will now fill that role. This is surely an annoyance to President Trump. But it’s also a lifeline for him.

This president ignores the old ways of doing business in Washington. All presidents enjoy wide-ranging authority to hire, fire and direct the behavior of executive-branch personnel, including those in the Justice Department and FBI. But most other presidents have been hesitant to use that power overtly to quash investigations as sensitive as the Russia probe. Donald Trump, by contrast, is shameless, or at least unembarrassed: he makes decisions based on what he wants at a given time, not based on what the seemly way of doing things is supposed to be. So he fired Comey in the midst of another flare-up in the Russia story, and by doing so he breathed life into accusations that he was obstructing justice.

Trump is Trump—he may never adopt Washington’s ways. And so, even having dug himself into a hole by firing Comey, his response to the problem was always likely to amount to digging deeper. To step back, cede control and the let the process work itself out is not Donald Trump’s style, not when he’s become engaged in something—and not even when his own best interests might counsel a hands-off approach. If the decision had been left to the president, he would never have changed his strategy. More heads would roll, and the limits between obstruction and the president’s legitimate discretion would continue to be tested.

Now Trump doesn’t have to worry about managing things his way: this case is going to be managed Mueller’s way instead. Mueller’s approach will be by the book, Washington style, not only legally but in the observance of customary propriety. The president will chafe, but he’ll be better off than he would be handling this business on his own. By appointing Mueller, Deputy Attorney General Rod Rosenstein has done his boss a service that might not be much appreciated, but it’s a service nonetheless.