How Sisi Could Wreck the Egyptian Economy 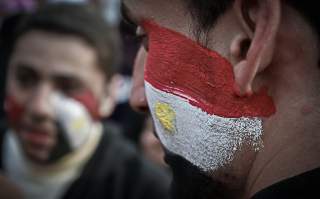 Since the era of Gamal Abdel Nasser, the Egyptian state had harnessed itself with expectations that it would provide beyond its abilities in exchange for quietist political attitudes. As a result of declining revenue due to political instability, which compounded the effects of a global economic downturn, Egypt is now in need of cautious though effective economic reforms. In signing an agreement for a $12 billion loan from the International Monetary Fund, President Abdel Fattah el-Sisi hoped to stave off economic collapse and have the breathing space to implement the necessary measures to improve Egypt’s economic trajectory. Unfortunately, some of the planned reforms do not appear to be materializing while other elements of the Egyptian economy only seem to be entrenching themselves further.

First, on the issue of subsidies, the government of Egypt has made little to no progress. While popular sentiment seems to dictate that the subsidies are a necessary safety net for country’s poorest citizens by ensuring they can afford essential goods, they tend to disproportionately benefit the rich because the blanket savings mean that the more a person spends on the commodities, the more that person saves at the government’s expense. Nevertheless, the government of Egypt reduced the subsidies on bread in early March and that step elicited protests on the streets of Alexandria and chants of “We want bread! We don’t have enough to eat!” In response, the police rushed in and delivered free bread and one day later announced that the cuts in bread subsidies would be rescinded. By the end of the month, senior officials were discussing the possibility of increasing food subsidies. Similarly, an effort to gradually reduce fuel subsidies was initiated in 2014, however, the program was terminated after the first minor cut. Cutting back on these economic-welfare programs has likely been put on the back-burner because they constitute a legal and organized method for the government to channel money to the public in exchange for popular support.

Second, although the Egyptian economic-reform program officially aims to promote “private sector development,” the reality on the ground seems to be moving in the opposite direction. According to Amr Adly of the Carnegie Endowment for International Peace, the private sector in Egypt has been “marginalized, even antagonized” as the Egyptian Armed Forces (EAF) play a growing role in implementing government projects and economic decisionmaking. As it stands, the EAF controls an estimated one-third of the Egyptian economy.

The EAF’s role in the Egyptian economy waned slightly during the liberalization of the Mubarak era but it has since expanded after the overthrow of Mohamed Morsi. In fact, some postulate that Mubarak’s crony capitalism eroded his legitimacy in the public eye, and so the current government is intentionally avoiding such associations. Whatever the reason, President Sisi has clearly demonstrated that he favors the EAF over the private sector by giving it a lead role in the largest infrastructure project of his tenure, the renovation of the Suez Canal, which has cost over $9 billion. Other possible big-budget projects in which Egypt’s military may play a lead role include Egypt’s space program and nuclear program, both of which will be extremely expensive, questionable in terms of usefulness and less urgent—or important—than improving basic state functions. The EAF has its hands in every industry from fuel to bottled water, and is even expanding into fields such as pharmaceuticals. In less concrete—but no less important—terms, the EAF influences Egypt’s foreign-economic relations by taking a prominent role in agreements between the governments of Egypt and Saudi Arabia, Egypt and the United Arab Emirates, as well as Egypt and its foreign investors.

Egypt has indeed taken one painful step towards improving its economic outlook, floating its currency in November in 2016. Over the course of a few days, the Egyptian Pound (EGP) lost more than half of its value, which was obviously not a popular move among the Egyptian public. In turn, the step is meant to make Egypt a less costly—and thus more appealing—destination for foreign investment and travel, although the country’s ability to lure investors and tourists will still be dependent on its ability to achieve greater political stability. Conveniently enough for the EAF, however, the single major economic reform of the Sisi regime led to the devaluation of the pound and served the interests of the military’s domestic economic ventures by causing imports to double in price practically overnight.

President Sisi is in a rather difficult situation: he must choose between privatization—thereby betraying perhaps the most powerful institution in the country, the military—or allowing the EAF to strengthen its hold on the civilian economy. For now, it appears he has decided on a reform strategy of one step forward and two steps back.