How to Spark a War in Asia 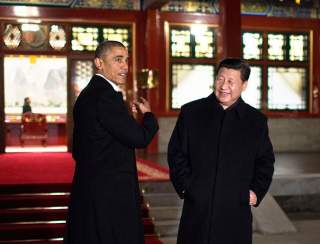 A major challenge for a great power is preventing allies and client states from creating unwanted security crises. No matter how close or friendly an ally might be, it has its own policy agenda, and that agenda may differ from that of its great power protector. Failure to rein in a client can be calamitous. Serbia’s pursuit of a stridently nationalist parochial agenda against Austria-Hungary in the years before World War I, for example, was a major factor in eventually entangling its patron, Russia, in the conflict.

Both the United States and China need to be cognizant of this danger as they conduct their overall policies in East Asia. North Korea’s provocative and disruptive behavior, especially Pyongyang’s multiple ballistic missile and nuclear tests, highlights the problem for Beijing. Chinese officials appear increasingly frustrated as their North Korean “ally” seems determined to engage in such conduct despite China’s pleas, requests, and warnings to refrain. It would not be surprising if apprehension is rising in Chinese leadership circles that Kim Jong-un’s regime might do something truly reckless that triggers a war on the Korean Peninsula. The problem is that unless Beijing is willing to adopt draconian measures, such as cutting off North Korea’s food and energy supplies, the influence it can exercise over its rambunctious ally is decidedly limited.

The United States faces somewhat more subtle dangers with two of its allies in East Asia, but the dangers are still very real. Taiwan is one of those allies--or more accurately a protectorate under the 1979 Taiwan Relations Act. U.S. officials had become accustomed to cooperative behavior from Taipei during the eight-year administration of Kuomintang President Ma Ying-jeou. Ma went out of his way to placate Beijing and always kept Washington in the loop regarding various initiatives.

There has already been a deterioration in cross-strait relations under the new government of Tsai Ing-wen of the pro-independence Democratic Progressive Party. Her government has taken a number of actions that have angered Beijing. One was to refuse to embrace the so-called 1992 consensus in which the two sides agreed that there was only one China, although they disagreed about the specific nature of that entity. Another was to have a rally in Taipei commemorating the Tiananmen Square massacre—the first time that such a commemoration had been held in Taiwan.

Now Taipei has taken action that further complicates the already delicate situation in the South China Sea. Even as Washington has repeatedly admonished Beijing not to enhance the islands and reefs that it occupies in that body of water, media reports indicate that Taiwan is pursuing an ambitious agenda. According to United Press International, relying on reports in China Times and other Taiwanese sources, Taiwan is now building anti-aircraft defenses on Taiping (also known as Itu Aba) Island, the largest island in the disputed Spratly chain claimed by China, Taiwan, Vietnam, and the Philippines. That follows on the heels of an upgraded military airstrip. The latest construction apparently consists of four anti-aircraft gun blockhouse towers. To make matters even more ominous, the Taiwanese government apparently asked Google to blur out images of the site to conceal the military construction. At a minimum, Taipei’s conduct will make Washington’s next lecture to Beijing on maintaining the status quo in the South China Sea considerably more awkward.

The other small East Asian client that has the potential to make life difficult for Washington is the Philippines. So far at least Manila has not done anything irresponsible following the favorable ruling by the Permanent Court of Arbitration in The Hague. But President Rodrigo Duterte is the personification of a loose-cannon ally. Indeed, his intemperate language and behavior makes Donald Trump look like a model of dignity. Among the lowlights of his presidency thus far was labeling President Obama a “son of a bitch,” which cost him a summit meeting with the leader of his country’s patron and protector. Americans tended to focus on the crudity of the comment rather than the context, but the context was important. Duterte was emphasizing that he was answerable only to the Philippine people and that Manila’s foreign policy would not automatically follow Washington’s wishes. Although that statement might be primarily for domestic consumption, U.S. policymakers may be dealing with a leader stubbornly inclined to pursue his own agenda.

Basic norms of decency do not seem to limit Duterte’s behavior. His domestic conduct has been as alarming and reckless as his rhetoric. Chief among his offenses is his regime’s death squad-style killings of more than 2,400 accused drug traffickers—all without even a semblance of due process. One dare not assume that a leader willing to commit such crimes will behave in a responsible fashion on international issues that Washington deems important.

And although he has not yet done anything especially confrontational toward China, there is little doubt that he expects the United States to support him in whatever foreign policy he does adopt. Since we do have a long-standing bilateral security treaty with Manila, it might not be easy to extricate ourselves from a counterproductive, or even dangerous, commitment in the midst of a crisis. It’s not the most comforting thought that America’s security could be directly impacted by actions taken by the likes of Rodrigo Duterte.

Both China and America would benefit from a comprehensive reassessment of alliance policies. Do security ties to small, often volatile, sometimes uncontrollable, client states really benefit great powers? Or are they more often mousetraps leading to unwanted and unnecessary wars? Policymakers need to ask themselves such questions before the next crisis erupts.

Ted Galen Carpenter, a senior fellow in defense and foreign policy studies at the Cato Institute and a contributing editor at the National Interest. is the author of 10 books and more than 600 articles on international affairs.