How Star Trek and Battlestar Galactica Can Teach the U.S. Navy to Defeat China 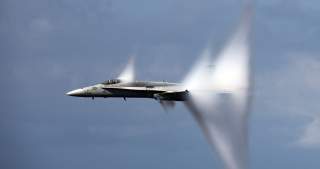