How Taiwan Views the China Problem 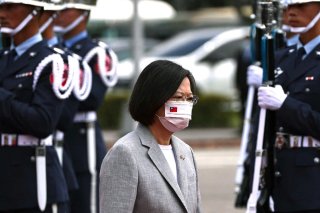 The insistence on having pre-conditions for dialogue will only inhibit cross-strait relations. China needs to drop its coercive diplomacy and adherence to a set of pre-conditions that it knows Taiwan will not accept. Without the goodwill of relinquishing such pre-conditions, no political dialogue for de-escalation will materialize. In that case, the only rational decision Taiwan could pursue is to enhance its defensive capabilities in preparation for the day Beijing drops its peaceful facade.

Kuan-Ting Chen is the CEO of the Taiwan NextGen Foundation and adjunct Lecturer at Tamkang University’s Department of Diplomacy and International Relations. He previously served as the deputy spokesperson for Taipei City Government, and a member of the National Security Council’s staff.