How Terrorism Could Derail China's 'One Belt, One Road' 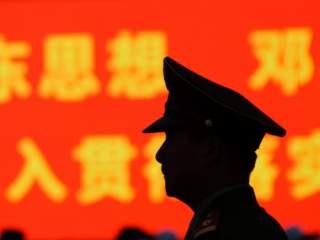 Admiral Guan’s visit, with its focus on improving military-to-military cooperation, suggested that Beijing was moving toward supporting Assad as the most viable option to effectively combat the growth of TIP. Zhao Weiming, professor of Middle East Studies at Shanghai International Studies University, noted that this “could be the first step for further cooperation.”

Taken together, these dynamics suggest that attacks like the one on the Chinese embassy in Bishkek may become more likely, belying the claim that China is being “dragged into international disputes” as its global footprint grows. Rather, the continuing metastasization of Uyghur terrorism will likely present Beijing with a series of hard choices as to what it seeks to prioritize in Central Asia, Afghanistan and beyond: the security of Xinjiang or the geostrategic goals of “One Belt, One Road?”

Dr Michael Clarke is Associate Professor at the National Security College, ANU and is the author of Xinjiang and China’s Rise in Central Asia—A History and coeditor of China’s Frontier Regions: Ethnicity, Economic Integration and Foreign Relations.