This Is How the Fear of Death Changes You 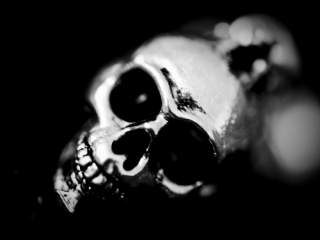 FOR THE heart, life is simple: it beats for as long as it can. Then it stops,” Karl Ove Knausgaard writes at the beginning of My Struggle. Death is the inescapable fate that awaits every human being. An immediate threat of death—from a terminal illness, an attacker, an oncoming minivan—can provoke panic, paralysis, rage or resistance. But what of Knausgaard’s removed, even abstract, contemplation of human mortality? What is the significance, the effect on us, of this sheer fact of our mortality and of the act of contemplating it?

Does this ontological exercise disturb, depress or even devastate us? Or does it merely leave a fleeting impression, like the tides or the color of leaves in autumn? Three psychologists, Sheldon Solomon, Jeff Greenberg and Tom Pyszczynski, think that the contemplation of our eventual death has a profound effect on us—that it is the basis of religious belief, of our quest for wealth, fame and physical beauty, that it is the root of our fascination with celebrities and death-defying heroes, and our intolerance of other ethnicities, nationalities, religions and political philosophies, as well as of our desire to reproduce ourselves through children and immortalize ourselves through enduring social, physical and artistic creations.

Well before these psychologists had developed their views, philosophers like Soren Kierkegaard, William James and Martin Heidegger (to name a few), the psychoanalyst Otto Rank and the anthropologist Ernest Becker had speculated about how large the realization of mortality looms in our lives. What distinguishes Solomon, Greenberg and Pyszczynski is that they have attempted to devise psychological experiments to demonstrate how the fear of death directly affects our beliefs and behavior. They recount these experiments and put forth a theory of what they show in a new book, The Worm at the Core: On the Role of Death in Life.

It’s not an easy read. The prose is perfectly clear and free of technical jargon. But the subject is the most unpleasant imaginable. When the authors tried to convince one publishing house to put out their book, an editor asked them if they could minimize the use of the word “death” throughout the text. As I read the book myself, I kept misplacing it, sometimes for days at a time. But I took their experience selling the book and mine reading it as evidence that they were on to something.

SOLOMON, GREENBERG and Pyszczynski met as graduate students in psychology at the University of Kansas in the mid-1970s. They discovered that they shared an interest in Becker’s work, and particularly in his last book, The Denial of Death, which won the Pulitzer Prize in 1974. (I knew Becker slightly and admired his work when he taught at Berkeley.) A decade later, they prepared a paper for a psychological journal on Becker’s work, but the editor rejected it. “I have no doubt that this paper would be of no interest to any psychologist, living or dead,” the editor of American Psychologist wrote them. The editor advised them that no one would take their ideas seriously unless they could present experimental evidence to back them up. Over the last thirty years, the three psychologists, and a growing group of followers, have devised scores of experiments to explore the influence of the fear of death.

The psychologists wanted to study what they (awkwardly) termed “terror management”—terror referring to the abstract fear of death. In their experiments, they instructed subjects to think or write about their own mortality. They would then ask them questions or ask them to perform tasks, and would compare their responses with those of a control group that had been instructed to think about something neutral or pleasurable or about an anxiety-producing event (a forthcoming exam, for example) that didn’t directly involve thoughts of death. In these experiments, they found that the subjects who thought about their own death were subsequently more inclined to endorse harsh moral judgments and to express a decided preference for their own nationality, religion and nation (even while being critical of or condemning other nationalities, religions and nations). They were also more likely to express a belief in God and religion, as well as a preference for charismatic rather than pragmatic politicians.

The psychologists performed their first experiment in 1989 with municipal court judges in Tucson. They hypothesized that the fear of death would make judges more likely to impose stiffer punishments. To begin, they instructed some of the judges to “briefly describe the emotions that the thought of your own death arouses in you” and to “jot down, as specifically as you can, what you think will happen to you as you physically die, and once you are physically dead.” After an interval in which the judges returned to their chambers, they asked them to impose a bond on a prostitute who had been arrested for solicitation. The judges imposed an average of $455. Other judges, who were not asked to contemplate their own mortality, imposed an average bond of $50, which was then the actual average in Tucson.

The psychologists found a similar pattern when they had students compare the presentations of two professors, one of whom was very supportive of the American political system and the other very critical. Those who thought about their mortality were much more inclined to favor the pro-American presentation. Some of the psychologists’ most suggestive experiments were done in the wake of the September 11 terrorist attacks, which they assumed had functioned like a mortality reminder.

In October 2003, the three psychologists, together with five colleagues, assembled ninety-seven undergraduates at Rutgers to participate in what the students thought was a study of the relationship between personality and politics. One group was given the mortality exercises. The other wasn’t. Then both groups read an essay expressing a “highly favorable opinion of the measures taken by President George W. Bush with regards to 9/11 and the Iraqi conflict.” It called for Americans “to stand behind our President and not be distracted by citizens who are less than patriotic.” While members of the control group viewed the statement unfavorably, those who did the mortality exercises supported it.

In late September 2004, the psychologists, along with two colleagues from Rutgers, tested whether mortality exercises influenced whom voters would support in the upcoming presidential election. They conducted the study among 131 Rutgers undergraduates who said they were registered and planned to vote in November. The control group that completed a personality survey but did not do the mortality exercises favored Democrat John Kerry by four to one. That fit the pattern of student support at Rutgers. But the students who did the mortality exercises favored Bush by more than two to one.

AS OTHER psychologists tried to reproduce their results, Solomon, Greenberg and Pyszczynski made an important discovery. A German psychologist had his subjects pass judgment on prostitutes immediately after dwelling on their own death, and he found that their responses were no different from those of subjects who had not had to think about their own death. There was an important difference, however, between this experiment and the one in Tucson. Solomon, Greenberg and Pyszczynski had interposed a diversionary interval between the reminders of mortality and passing judgment on the prostitutes. And in subsequent experiments, they found that this interval was necessary for the mortality reminders to shape their subjects’ responses.

As a result, they drew a distinction between proximal and distal responses to mortality reminders. When people are reminded of their mortality, they might immediately respond, “Everyone has to die, but I have a long way to go,” or simply dismiss the thought as irrelevant to the present. That’s a proximal response, and it can blot out the immediate effect of a mortality reminder. But mortality reminders can linger on the edge of consciousness without the subject being aware of them, the way a passing thought during the day can linger and eventually provoke a dream at night. The mortality reminder can produce what the psychologists call a “distal defense,” which has no apparent logical connection to the mortality reminder. It can consist of a harsh moral judgment, or support for a charismatic politician.

In The Worm at the Core, Solomon, Greenberg and Pyszczynski propose a theory to explain why mortality reminders can unconsciously trigger judgments like this. According to the psychologists, facing the realization that one’s life will inevitably end can produce terror and anxiety, but human beings keep these feelings at bay by imagining that they are valuable participants in a family, community, society or nation that provides either literal immortality (through the promise of eternal life) or symbolic immortality (though bearing children or making a lasting contribution to society). They accept a certain worldview that promises either literal or symbolic immortality. In the psychologists’ experiments, subjects faced with mortality reminders reaffirm their support for prevailing ideals of family, society and nation, and resist more strenuously any challenges they perceive to these specific ideals.