How the Next President Can Uproot Terrorism 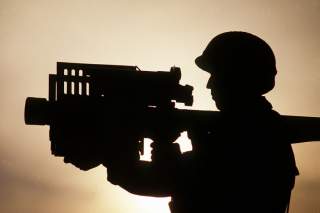 Up until now, America’s 2016 presidential campaign season has been dominated by wrangling over Wall Street speaking fees on the Democratic side, and the Donald Trump show on the Republican side. But there is one inescapable reality that the eventual winner will need to confront: he or she will inherit the most acute global terrorism challenge since September 11, 2001.

The facts speak for themselves: Al Qaeda and similarly inspired groups and networks are currently killing more people in terrorist attacks than ever before seen in history (more than thirty thousand in 2015 alone); Islamic State (ISIS) continues to expand its reach outside of Syria and Iraq; Europe has become the center of a new wave of Islamist terrorism; and the United States, after years of withdrawal, has been drawn back into conflicts in Iraq and Afghanistan, along with new terror-related missions in dozens of other countries in the region and around the world.

How should the next administration approach this monumental challenge? First, it will need to separate fact from fiction about the nature and purpose of the global terrorist movements. Then it should look back upon the counterterrorism approaches adopted by Presidents George W. Bush and Barack Obama in order to glean key lessons. Finally, it should endeavor to build upon an already evolving foundation to develop a coherent and politically sound long-term American counterterrorism strategy.

There has been much confusion lately, particularly emanating from the United States and other Western governments, over today’s militant Islamist movements. In one well-known example, President Obama initially downplayed ISIS as a lesser “junior varsity” version of Al Qaeda, telling the New Yorker in early 2014 (as the group swept across Syria and Iraq): “the analogy we use around here sometimes, and I think is accurate, is if a jayvee team puts on Lakers uniforms that doesn’t make them Kobe Bryant.”

Of course, just a few months later ISIS was in control of the strategic cities of Raqqa in northern Syria and Mosul in northern Iraq, along with territory across the two countries roughly the size of Belgium. Soon thereafter, ISIS began expanding outside the region, and now has formal branches in Libya, Egypt, Afghanistan and Yemen, as well as partnerships with militant Islamist groups in Mali, Nigeria, Bangladesh, Tunisia, Indonesia and Algeria. And, despite losing significant territory in recent months thanks to stepped-up American air (and some ground) attacks, ISIS has vastly increased its out-of-area operations: in the past year alone, ISIS and ISIS-inspired agents have killed over a thousand civilians outside of Iraq and Syria, including the recent attacks in Paris, San Bernardino and Brussels.

And while Obama certainly received his share of criticism for his ISIS “jayvee” comment, less noticed was the way he simultaneously elevated Al Qaeda to the superstar status of a Kobe Bryant, despite the fact that his administration in those days was insisting Al Qaeda had been “decimated.” If one line stands out from Obama’s 2012 reelection campaign, it is “Osama bin Laden is dead and Al Qaeda is on the run.”

So it should also be noted that far from being defeated, Al Qaeda itself has been regaining strength of late, having branched off into an elite “Khorasan Group,” which is working out of Syria with Al Qaeda’s formal affiliate there, the Nusra Front; and having recently opened a new affiliate in South Asia known as Al Qaeda in the Indian Subcontinent. The Khorasan Group is a cause for specific concern, as many of its members come from the 9/11 era, are seasoned international terrorists and are believed to be plotting major attacks against the United States, possibly using weapons of mass destruction.

This dramatic expansion and reinvigoration of Al Qaeda and related groups did not happen in a vacuum. It happened because most Americans and most Europeans (i.e., most Westerners)—a full fifteen years after 9/11—still have little real understanding of the global jihadi movement: how it is organized, what makes it tick and, by extension, how to defeat it. To paraphrase the nineteenth-century military strategist Carl von Clausewitz: we do not yet properly “know our enemy.”

Organizationally, the movement was never just about bin Laden’s Al Qaeda core (or AQ 1.0), which was significantly degraded after 9/11. Since then—and as directed by bin Laden—the movement has become increasingly decentralized, proliferating into a network of formal affiliates (AQ 2.0), such as Al Qaeda in the Arabian Peninsula (AQAP), Al Qaeda in the Islamic Maghreb (AQIM), Al Shabab in East Africa and Jemaah Islamiya in Southeast Asia. More recently, the movement further proliferated as loose networks operating inside Western countries with connections to Al Qaeda core or affiliated groups (AQ 3.0)—examples include the 2009 Fort Hood shooter, Maj. Nidal Hasan, who was connected to AQAP, and the 2004 Madrid railway bombers, linked to an Al Qaeda affiliate in Morocco. And now, most recently, it has further proliferated as unconnected self-radicalized individuals and small groups operating in the West (AQ 4.0)—such as the 2013 Boston Marathon bombers and the 2015 San Bernardino shooters.

Most problematic, these evolving organizational layers are not an either/or—they now all operate simultaneously. This is why the death of bin Laden meant little in terms of the overall capacity of the jihadi movement: its component parts remain eminently flexible and organizationally adaptable.

Even more important than confusion over organizational issues, however, is the West’s inherent lack of clarity over what inspires militant groups like Al Qaeda and their followers in the first place.

We in the West are constantly being told that Al Qaeda and related groups have nothing to do with religion, and nothing to do with Islam. And of course it is true that the vast, vast majority of the 1.5 billion Muslims around the world absolutely reject Al Qaeda and its affiliated and inspired groups—and are especially horrified that they claim to be operating on their behalf.

But it is equally true that this movement doesn’t just happen to be attracting Muslims. The movement itself is explicitly motivated by an austere and militant branch of Sunni Islam that has existed for centuries—starting in the Middle Ages with the preachings and teachings of the Damascus theologian Ibn Taymiyyah, through the eighteenth-century Arabian preacher Muhammad ibn Abdul Wahhab, through late nineteenth-century intellectuals like Syrian-born Rashid Rida, and twentieth-century figures such as Hassan al-Banna and Sayyid Qutb of the Muslim Brotherhood in Egypt.

And the fact is, ever since the fall of the Ottoman Empire in the nineteenth and early twentieth centuries—with Western imperial powers assuming control or influence over many Arab and Muslim lands—the movement has become as much cultural and ideological as spiritual and religious, presenting itself more and more as an ideological and political alternative to Western democratic capitalism and the modern globalized international system.

It is this ideological element that is the most troubling, because it means two things: first, Al Qaeda and similarly inspired groups can use Western foreign policies—wars in the Mideast, support for Arab dictators and oil monarchies, support for Israel—as a primary propaganda strategy to attract recruits (not to imply there are easy alternatives to some of those policies); and second, that these recruits do not necessarily have to be very religious, or even religious at all, to get ensnared in the sticky web of the global jihadi movements.

Expanding on the first point, Al Qaeda has always operated along the lines of a two-level game: at one level attacking Western policies as a means of gaining legitimacy and popularity in the Arab and Muslim world (for example, bin Laden’s demand in the 1990s that U.S. troops get out of Saudi Arabia) but at a second level working off an underlying macro-ideology that goes well beyond any current foreign policy—for example, nearly all U.S. troops were out of Saudi Arabia by 2001, but that did not prevent the 9/11 attacks, because those attacks were meant as the beginning, not the end, of a global civilizational war.

Another example is the Madrid railway bombings, which were understood—or rather often misunderstood—in the West as being the result of Spain taking part in the 2003 Iraq War. But even after Spain withdrew all of its troops from Iraq in summer 2004 (largely in response to the bombing), it remained and continues to remain a frontline jihadi target, because it possesses lands (Andalusia) of the original caliphate.

On the second point, many of today’s pundits and commentators like to refer to the fact that many Al Qaeda and ISIS foot soldiers are not very religious (or are recent Muslim converts) as evidence that the movements are disconnected from Islam. What they seem to not realize is that this is actually worse—that the movements are related to Islam in a much more cultural-ideological way, rather than a fundamentalist religious way, and that it is the underlying radical Islamist ideology (not fundamentalist Islam) that poses the greatest threat today. Indeed, most fundamentalist—or devoutly religious—Muslims are not violent at all, because most to do not subscribe to, or outright reject, the militant interpretations.