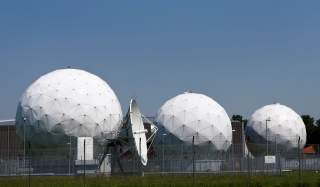 When National Security Agency (NSA) contractor Edward Snowden walked off with 1.5 million classified documents in May 2013, he exposed the weakness of the U.S. government's jerry-rigged security systems. Instead of iron-clad double-key encryption, the NSA relied on home remedies like regular password changes and the prohibition of thumb drives.

When your home network has better security than the NSA, something has to change. That change may come from an unlikely source: Bitcoin. No, the NSA is not likely to start making its analysts mine Bitcoins to pay for data access. But the NSA could adopt Bitcoin's underlying database architecture, the encrypted blockchain database management system.

In a typical database structure, each user needs a password to access the database. Once in, users can access anything their security clearances allow. The security is on the user, not on the data. The files themselves, like those stolen by Snowden, are not encrypted.

Blockchain databases reverse that logic. The blockchain lets anyone in -- you can view the entire Bitcoin database right now -- but all the data are encrypted. The files are useless to anyone who doesn't have the right encryption key.

More importantly, blockchain also supports the use of smart contracts for access to data files. A typical smart contract for a classified government document might allow access only if two keys are presented at the same time: the user's key and the current NSA system key. The NSA system key could be updated every minute according to a seemingly random algorithm generated by a super-secure server. So even if a future Snowden were somehow able to download millions of documents, they would be locked forever once taken offline.

Of course, an organization like the NSA would presumably put security on both ends of its internal databases, requiring passwords to get in and double keys to unlock the data. But the blockchain encryption is the real security. By comparison, the system password is no more than window dressing.

To be fair, granting access to documents using smart contracts on a blockchain database wouldn't prevent all security breaches by a future Snowden. Threats would still come from printing out documents one by one, taking screenshots via a smartphone, or by using any of a dozen brute force techniques to steal data. But a blockchain would prevent mass dumps of the kind Snowden did— or at least make the dumped documents useless. And it would do it without compromising analysts' ability to use data mining tools to "connect the dots" found in widely disparate sources.

That's because, in addition to file encryption, blockchain also enables distributed database management and data analysis. The whole purpose behind encrypting the data in blockchain databases is to allow multiple people to hold copies of all of the files in a database while keeping access to the contents of those files on a "need to know" basis.

By using blockchain technology, every NSA data mining contractor can have a local copy of all of the government's files while only being allowed to access individual files as needed. Smart contracts can even be used to unlock specific information contained in files without opening the file itself. In other words, a data mining contractor could analyze the contents of millions of documents containing sensitive personal information while those documents themselves remain sealed. Additionally, those documents would remain sealed until a central authority unlocks only those files identified as high risk.

The blockchain database structure was only first imagined in 2008, and its creator was a crypto-anarchist going by the pseudonym Satoshi Nakamoto. So it's no wonder that it took some time for blockchain to go mainstream. Yet, ten years on, the NSA and other security organizations should be taking notice.

Smart contracts have proven themselves in keeping criminal and underworld activity hidden in plain sight on the public Bitcoin blockchain. The government can go one better and use its own private blockchains to sterilize the next Snowden-scale leak before it happens. Future leaks are inevitable. However, future damage can be controlled, and smart contracts are the way to control them.