How the U.S. Superpower Experience Wrecked the Paris Climate Agreement 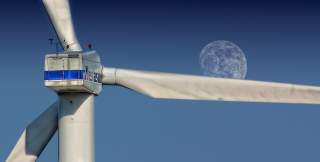 As so often with the Trump administration, the public dithering about whether to stay in or leave the Paris Climate accords was at once a sideshow and deeply revealing.

When the withdrawal was announced, we didn’t learn anything new about the fate of the planet. Thanks to the actions of Trump’s appointees at the U.S. Environmental Protection Agency, State Department and elsewhere, we already knew the future was going to be hotter and stormier than we would like; worse for the poor and vulnerable, plant and animal diversity, and property values; more conducive to epidemics, conflict and other social ills.

“I could not in good conscience support a deal that punishes the United States, which is what it does,” Trump stated during a Thursday afternoon speech in the White House Rose Garden.

What the Trump kabuki dance clarified was the shape of the two schools of thought that will struggle over American security policy in the next decades. Like climate change itself, their outlines have been a long time building, and they are now starkly revealed. But what the language about the greatest security threat and supreme moral challenge of our time obscures is that the struggle is not about climate change. It is about whether it is possible, and preferable, to make policy as if the United States is part of a larger whole—or as if we are an island unto ourselves.

The first side—Team Interdependence—is a motley bunch. It includes several generations of activists who believe, and not just for climate, that it is not only necessary but morally superior to subsume U.S. interests and policies in global decisionmaking. It includes liberal internationalists—and more recently, the Republican refugees formerly known as neoconservatives—who prefer pragmatic, case-by-case choices about when U.S. interests are served by cooperating, and when those interests are better served by going it alone. And it includes the internationally facing business community, which as a purely practical matter would prefer universally consistent standards, rulemaking that is minimal but stable—oh, and a stable climate.

On the other side, we find those forces in American life who, quite simply, do not believe it is in the U.S. interest to be bound by agreements externally arrived at, or even to consider interests as part of a larger whole. This view is often dismissed out of hand. Now would be a good time to stop—though 2016 would have been, too.

I would argue that the other side has three main components. First, the view that some foundational document—the U.S. Constitution, the Bible, or both—quite simply forbids Washington, DC from entering into entangling agreements. This argument has bite in addition to the charm of pseudo-historicity. Sen. Ted Cruz used it to convince the Supreme Court to deny a condemned Mexican citizen his rights under a U.S.-Mexico consular treaty, and to shame his fellow Republican senators out of voting to ratify a disability-rights treaty based on U.S. law.

Second, the strong sensation of a broad segment of Americans that any undertaking that takes into consideration the views of non-Americans must somehow disadvantage Americans. Jonathan Haidt has argued that, for a significant proportion of Americans, two decades of rhetoric about the flap of a butterfly’s wings in the Amazon has failed to convince—and actually heightened—their opposition to thinking globally. And last, the very Trumpian view that there is always a better deal out there somewhere, one in which we can get more while giving less, if we just insist.

If we’re honest with ourselves, this mindset flows directly from the U.S. superpower experience, and how we talked to ourselves about it. The rhetoric of “pay any price, bear any burden” gave way to the assurance that we could have it all—every troop deployment would be a short, every trade deal would be a net plus, every international institution was Made in the USA. That was never true, and over the last fifteen years of unsuccessful wars, brutal terrorism, widening income inequality and stalling economic expectations, the rhetoric quit working.

Despite this, Team Interdependence is still larger—in sheer preponderance of voters; in the campaign contributions and philanthropic giving and economic oomph that come from the global private and non-governmental organization sectors; and even in cultural and media narratives. So why is it losing—this week on climate, but last week on the foundations of the NATO alliance, last month on whether trade wars are a good idea?

Right now, Team No Entanglements simply marshals its power better. Its voters, older and whiter, turn out in higher numbers and in off-year elections. It is fueled by rage. And it has told a consistent master narrative—that Americans and their way of life are insecure and vulnerable to threats that are, in the broadest sense of the word, foreign. Any particular issue may not rise to the top of their voters’ concerns—but that narrative does.

It marshals power so well that large swathes of the corporate and internationalist wings of the Republican Party, and a perhaps decisive slice of the working-class voters Democrats see as theirs, trailed in their wake to help bring Donald Trump to the White House last year. They also brought Mitch McConnell and Paul Ryan—neither of whom is a natural member—control of their respective houses of Congress. Fifty-five years ago, the Cuban Missile Crisis gave us the hawk-and-dove analogy to sort Americans by foreign-policy inclination. Walter Russell Mead updated it with a four-part typology—which feels inadequate when confronted with not just a president but a movement that combines Jackson’s bellicosity and Jefferson’s suspicion of mutually beneficial commerce. It seems fitting that the climate crisis give us a new spectrum, from Interdependence to No Entanglements. We’ll know the analysis is getting somewhere when someone awards it a catchier name.