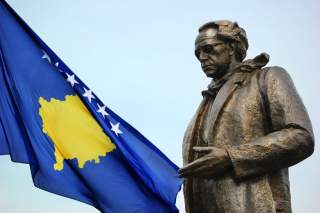 Since NATO’s intervention in 1999, Kosovo has been the subject of an unprecedented degree of international supervision. UNMIK, EULEX and K-FOR were afforded extensive, and essentially unaccountable, powers to maintain law and order and regulate Kosovo’s economy, judiciary and political system. In per capita terms, Kosovo has received the largest flow of aid ever distributed to a developing country: the international community put twenty-five times more money and fifty times more troops on a per capita basis into post-conflict Kosovo than into post-conflict Afghanistan.

Regularly heralded as a success story, Kosovo is championed by some as proof that not all projects launched under the banner of liberal internationalism fail. Indicatively, Victoria Nuland, U.S. assistant secretary of state for European and Eurasian Affairs, recently lauded Kosovo’s “considerable progress” and “political stability,” and expressed her expectation that Kosovo would become “a multi-ethnic country where Kosovo Serbs, Kosovo Albanians, all ethnicities can live in peace, because not only does the region need that but the planet needs it and Kosovo has an opportunity to set that example.”

Yet, despite the hyperbole and the extraordinary scale of the state-building project, Kosovo currently suffers from a crippling array of problems, and bears the hallmarks of a failed state. This could be verified by consulting the Failed State Index but for the fact that—illustrative of its contemporary predicament—Kosovo is not considered a “recognized sovereign state.”

As a consequence of the massive investment of economic and political capital, perpetuating an image of Kosovo as “multiethnic,” “democratic” and “peaceful” has become vital to liberal internationalism’s image. Preserving this image, however, has led to the imposition of a national identity which simply does not equate with the reality on the ground in Kosovo. More damagingly, the determination to artificially contrive a facade of peace and stability within Kosovo has led external actors to tolerate, and at times support, corruption and intimidation perpetrated by Kosovo’s powerful criminal network. Paradoxically, therefore, Kosovo’s people have been forced to endure profoundly illiberal practices orchestrated by the various “internationals” who micromanage the country so as to maintain its image as their success.

Between October 2014 and March 2015, up to seventy thousand Kosovars—including the prime minister’s own brother—applied for asylum in the EU. The vast majority of cases were rejected, as the cause of the exodus was a desire to escape rampant unemployment rather than persecution. Unemployment amongst fifteen-to-twenty-four-year-olds in Kosovo is a staggering 60.2 percent, a global low according to the World Bank. Average unemployment in the EU is 10.1 percent, yet in Kosovo overall unemployment stands at 35.1 percent, worse than in Yemen and Palestine. Prospects of economic growth are not helped by the fact that foreign direct investment in Kosovo is declining; without the €600 million annually sent back to Kosovo by its overseas diaspora—a figure that represents half of the country's gross domestic product—the situation would be considerably worse.

On top of its economic woes, over the past two years a succession of controversies has contrived to plunge Kosovo into crisis. Following the 2014 general election, the two largest parties formed a grand coalition; while one might expect this to have provided a degree of stability, the opposite has occurred. The government has used its large majority in the parliament to push through a series of deeply unpopular measures, such as the agreement with Serbia on an association of Serbian Municipalities in Kosovo and a new border demarcation agreement with Montenegro. Powerless to effect change through parliamentary means, the opposition has taken to routinely letting off tear gas in the chamber. Street protests have regularly descended into riots.

Unsurprisingly, the public mood in Kosovo has suffered. The latest UNDP-Kosovo survey noted that only 7 percent of Kosovars were “satisfied” or “very satisfied” with Kosovo’s current political direction, while 70 percent were “dissatisfied.” Public satisfaction with each of Kosovo’s key executive, legislative and judicial institutions is today lower than before independence was declared in 2008.

Visitors to Kosovo will soon notice that while the Albanian flag is ubiquitous, Kosovo’s official flag is something of a rarity. The official flag has failed to resonate with much of the population—hardly a surprise, given that it was imposed by external actors keen to manage Kosovo’s image. Comprising a blue background with a gold map of Kosovo surmounted by six white stars, the flag is designed to convey two messages: Kosovo is European, and Kosovo is multiethnic. Describing the flag as something that “could easily have passed for a towel in a hotel in Turkey,” veteran Kosovar journalist Veton Surroi notes it is “lacking any aesthetic criteria” and “was selected because of its bureaucratic vocabulary.” The color scheme and stars are clearly an attempt to echo the EU’s flag. Likewise, Kosovo’s national anthem is titled “Europa” and has no lyrics, owing to a determination to avoid nationalistic language disputes.

Each star on the official flag represents one of Kosovo’s six ethnic groups: Albanians, Serbs, Turks, Gorani, Romani and Bosniaks. Yet this is a particularly generous symbolic recognition; Kosovo is one of the most ethnically homogenous states in Europe, with some estimates recording Albanians as making up 92 percent of the population. Though afforded stars on the flag, Turks account for just 1.1 percent of the population, while in percentage terms there are more Lebanese in the United States (0.79 percent) than Gorani in Kosovo (0.6 percent). Additionally, the largest non-Albanian ethnic group—the Serbs—are concentrated in particular areas, such as North Mitrovica and Gračanica. Illustratively, in the municipalities of Pristina, Prizren and Peja, which contain Kosovo’s three largest cities, today Serbs make up approximately 0.2 percent of the total population, since the vast majority fled ethnic violence in the wake of NATO’s intervention. The only noticeable signs of there ever having been Serbs in these areas are the remains of burnt-out Serbian homes and Orthodox churches guarded by NATO troops.

Kosovo’s constitution—also imposed by external actors, particularly the United States—refers to it “multi-ethnic” character no less than seven times. Yet interaction between Serbs and Albanians remains negligible. The patently disingenuous promotion of Kosovo’s fictional multiethnic character is product of Kosovo’s external patrons’ desire to preserve an image of their own capacity to fashion interethnic harmony.

On a broader level, the project to make Kosovo a full-fledged member of the international community has stalled. Upon entering Kosovo, visitors receive a text message declaring, “Welcome to Slovenia!” This immediate illustration of the impact of Kosovo’s disputed status—Kosovo lacks its own international country code—is a particularly cruel one given the very different fates that have befallen these former Yugoslav republics. While Slovenia is a member of the UN, NATO and the EU, Kosovo languishes in paralysis.

To date, 111 UN member states recognize Kosovo, though there been only six new recognitions since January 2014. Russia and China continue to deny recognition—as, of course, does Serbia—thereby preventing Kosovo from joining the UN. Likewise, five states in the EU and four in NATO still do not recognize Kosovo. In November 2015, Serbia led a successful campaign to block Kosovo’s application to join UNESCO by claiming that Kosovo’s government couldn’t be trusted to protect the many UNESCO-listed Orthodox monasteries in the region.

In June 2003, the EU committed itself to integrating the countries from the former Yugoslavia, and this was heralded as a means by which stability, peace and prosperity would spread across the region. Yet, only Croatia has joined the EU since; Kosovo is currently listed as a “potential candidate”—a status below that of Serbia—and given the EU’s current malaise, the prospect of membership any time soon is clearly remote.

In addition to these faltering attempts to contrive a particular image of Kosovo and establish it as a recognized state, the internationals have engaged in a more nefarious project. Since 1999 they have largely turned a blind eye to the activities of Kosovo’s criminal network. Despite the presence of UNMIK and EULEX, corruption in Kosovo was described in a report by the Council of the European Union as “omnipresent,” while Transparency International’s latest Corruption Perception Index listed Belarus and Azerbaijan as the only countries in Europe more corrupt than Kosovo. A recent survey found that 46.4 percent of Kosovo’s citizens think that corruption has increased in the last three years, while 38.2 percent think it’s at the same level. Owing to the corrupt practices of the main political parties, Freedom House designates Kosovo as a “semi-consolidated authoritarian regime,” and ranks Kosovo below the regional average in each of the seven categories it uses to determine the country’s “democracy score.”

Yet the corruption should not be seen as “typically Balkan,” but rather intimately linked to the interests of the internationals. Conflict within Kosovo after NATO’s “liberation” would naturally have compromised the “success” narrative advanced afterwards. The determination to avoid this led the internationals to work with and tolerate the activities of criminal networks in Kosovo that emerged from within the Kosovo Liberation Army (KLA). Given that the heavily armed criminal network would have violently resisted any attempts to curtail its power and activities, confronting it would have meant potentially jeopardizing peace in Kosovo—and thus Kosovo’s public-relations value. Therefore, since 1999, international actors in Kosovo have been engaged in an inherently paradoxical project: so as to maintain the image of efficacious liberal internationalism, the keystones of liberal democracy have been sacrificed.