How to Think About Russia 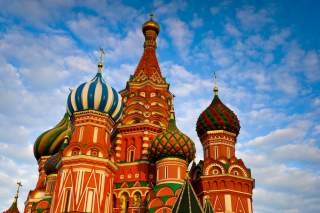 Russia is best understood as a great power in decline, struggling to preserve a modicum of security, capability, prestige and autonomy on an ever shrinking resource base. Vladimir Putin and indeed the entire post-Cold War Russian elite have proven unable to reverse this decline. He has, however, through shrewd exploitation of the country’s limited strengths, managed to slow it. Having dealt with a weak and docile Russia for such a long time, western politicians are shaken by its military recovery and concomitant assertive diplomacy. Because the West is strong, and relative to Russia likely to get stronger, it is in a position to accommodate some Russian concerns.

U.S. policy should begin with an assessment of Russia’s strengths and weaknesses. Russia’s power depends on its resource extraction economy, inherited bits of the Soviet military industrial base, a strong but by no means particularly large military — including a fearsome though somewhat “creaky” strategic nuclear force — and a geographic position that allows it to threaten neighbors in Europe and North Africa without having to invest in expensive “power projection” capabilities.

Military power and global influence are distilled from a nation’s economy, so however competitive militarily Russia is today, it will strain to match its present efforts in the future. The Russian economy is small relative to its European neighbors — not even as large as that of France alone. By some measures the Russian defense budget does not even match that of France and Germany combined, yet it consumes thrice the share of Russian GDP. The economic future is bleak: barely in the top ten economies in 2014, Russia is expected to fall out of the top ten by 2050.

For realists, Russian push-back against both its decline as a great power, and NATO’s peculiar post-Cold War hyperactivity, is not a surprise. NATO is a military alliance. Since the Cold War ended, NATO has moved its borders in Russia’s direction, and often has discussed bringing Ukraine into the alliance, which would be the first time since the end of the Second World War that Russia had no strategic buffer between itself and potential threats. Given Russian history, one could not have designed a policy more likely to elicit a negative reaction.

But “we are where we are.” In the short term, Russia’s newly energized military activity along its borders should be met with modest improvements to NATO’s defenses, designed to ensure that Russian planners lack the confidence that they can grab anything without precipitating a fight. European members of NATO, rather than the United States, should make the bulk of these improvements. This would help dispel any Russian perceptions that its western neighbors will bandwagon with its “big knout” diplomacy. At the same time, the Western alliance should stop trying to move its borders in Russia’s direction. We should not be surprised that Russia sees as a threat what we would see as a threat if it happened to us. The West should telegraph that it is now content with Ukraine as a neutral buffer.

Where the United States and Russia have no true conflict of interest, as in Syria, the United States should negotiate on issues of common concern, and expect to compromise. Russia and the United States agree that the main security threat in the Middle East is ISIL and Al Qaeda.  We have disagreed on the appropriate answer. The new administration should give diplomacy another try.

Outright Russian aggression even in areas of low U.S. strategic interest should be punished to ensure that Russian leaders understand that western cooperation is conditioned on their good behavior. Sanctions that hasten Russian economic decline are the appropriate tool, but we must be realistic, they are unlikely to reverse all Russian gains. And President Trump should be willing incrementally to lift sanctions in exchange for more cooperative Russian policies.

Finally, it is of great concern that Russian elites seem to fetishize the only card they have to play—military power. To ensure that they don’t catch the victory disease from their heretofore minor military successes, or misinterpret our cooperative efforts as evidence of weakness, the United States and its friends should always have some military power in reserve even where and when they  are trying to cooperate with Russia. Given Russia’s renewed military strength, however, we must understand that our military power can deter, but probably not compel.

Barry R. Posen is the Director of the Security Studies Program at MIT.