How Trump Can Repair the Weak U.S.-Israeli Alliance 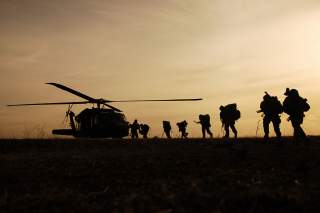 As Donald Trump embarks on his first year as president of the United States, the most pressing international issues he has to deal with are related to the Middle East. Washington’s relations with traditional ally Israel are seriously frayed after eight years of President Obama. Radical Islam has shaken the region to its core with unprecedented terrorism. An emboldened Iranian regime is on the march towards military supremacy in the region through arming itself with nuclear weapons and ballistic missiles, all the while continuing to support Shia revolutionaries and terrorists everywhere. Much of the world has been impacted directly by the spreading malignancy of Islamist terror.

As President Trump meets Israeli prime minister Benjamin Netanyahu at the White House, he is making a wise initial move by shoring up America’s critical alliance in the Middle East. But the road ahead is bound to be very difficult. It is worth stepping back to look at the recent history of the region, and the U.S. engagement there, to provide context for shaping a constructive and effective policy towards the region going forward.

American administrations have tried to bring a durable peace to the Middle East for decades. The “Middle East” in this context has meant primarily relations between Israel and its Arab neighbors. There have been some successes (notably the 1978 Camp David Accords, which brought peace between Egypt and Israel, and the 1994 peace treaty between Jordan and Israel), but a lasting regional peace has been elusive.

George H. W. Bush, aided by former secretary of state James Baker, used the de facto alliance of Israel with several Arab states in the coalition that opposed Saddam Hussein’s invasion of Kuwait in the first Gulf War to convene the 1991 Madrid Peace Conference (once the fighting was over and Hussein defeated). However, no lasting regional agreement was achieved.

Bill Clinton invested himself personally in the peace process, learning the ins and outs of Israeli politics and inviting Palestinian leader Yasser Arafat to Camp David and the White House in the waning days of his presidency, only to have his proposals rejected by Arafat and a second intifada erupt in Jerusalem.

George W. Bush made efforts of his own, including a 2003 statement that American policy was based on a two-state solution or, in other words, the carving out of a Palestinian state from Israel-controlled land inhabited by a predominantly Palestinian population. The idea of two states existing side by side would appear to be the best solution to issues of land ownership and national sovereignty.

Barack Obama is the first American president whose position has clearly been more favorable to the Palestinian side than the Israelis. His personal relationship with Netanyahu was contentious, and his end-of-term decision to abstain from a United Nations Security Council vote condemning Israeli settlement activity in territories captured in the 1967 war (an abstention that allowed the resolution to pass) marked a sharp departure from America’s traditional policy of supporting Israel.

With this gloomy history of frustrated peacemaking efforts, what chances does our new president have of making real progress towards establishing a lasting peace in the Middle East?

I would argue that the sad state of Arab-Israeli relations, together with the widespread chaos in the region, create a situation that offers real peacemaking opportunities to the right American leader—and that leader might be Trump.

It has always been vitally important to view Arab-Israeli relations in the context of the wider region, especially Syria, Lebanon, Jordan, Iraq, Turkey, Iran, Egypt, and the Arab Gulf states (Saudi Arabia, Kuwait, the United Arab Emirates, Qatar, Bahrain and Oman). That context has changed dramatically over recent decades and those changes must be factored into any credible approach to solving the conflict between Israel and the Palestinians.

Arab national politics, since the time of Egyptian president Gamal Abdel Nasser, have hinged largely on governments excusing their own failings because of “the Israeli occupation of Arab lands.” Thus state-controlled Arab media (and virtually all of it is state controlled) has for decades blamed Israel for virtually all Arab woes.

In coffee shops from Cairo to Sanaa and Beirut, I have heard this refrain picked up by locals, usually with a CIA conspiracy or two thrown in for good measure.

I have found the same views espoused by government ministers and wealthy businessmen. Sometimes these positions are supported by popular anti-Jewish propaganda. A Saudi minister of commerce told me in all seriousness that the key to understanding the Middle East conflict, and most of the problems in the world for that matter, could be found in The Protocols of the Elders of Zion, a document he was printing and distributing. The fact that this tract, which blames a Jewish conspiracy for creating many of the problems in the world, has long been debunked as a fake, did not dampen the enthusiasm of the minister.

But the weak economic performance of Arab governments in general, the lack of opportunities they have provided to young people, and the oft-repeated siren call of “al-Islam, huwa al-hall” (Islam is the solution) have produced radicalization of Muslim youth and growing popularity of Islamist terror groups such as Al Qaeda and ISIS.

Because of the regional connections to the Arab-Israeli conflict, there cannot be an Arab-Israeli peace in isolation of stability in the wider region. Arab governments (and Iran) continue to meddle in Palestinian affairs, partly out of ideological commitment to crush Israel as a thorn in Islam’s side, and partly to deflect religious and political passions among their populations—passions that can translate into threats to the status quo and to their power.

The most important change in the region has been the rise of radical Islam. In the post–World War II era of growing Arab nationalism, the leading state ideologies were those of the Left, from the outright communism of the People’s Democratic Republic of Yemen (South Yemen) to the Baathism of Iraq and Syria, to Nasserism in Egypt and various other shades of state socialism in Libya and Algeria. Visiting these countries was always creepy, to varying degrees, depending on the extent to which they were able to implement police states modeled after Soviet bloc countries. In Aden, state propaganda sought to cover a pathetic economy and miserable standard of living. In Iraq and Syria, the presence of spies was always tangible, and you had to be careful about what you said and did.

The Arab terror organizations of the 1960s, 1970s and 1980s were all cut from Marxist revolutionary cloth, in the model of the national liberation fronts that proliferated around the world at that time.

The Palestinian opposition to Israel was spearheaded by such Marxist groups, including the Palestine Liberation Organization, founded in 1964 and headed by Yasser Arafat; the Popular Front for the Liberation of Palestine, founded by George Habash in 1967; and its offshoot, the Marxist Democratic Front for the Liberation of Palestine (DFLP), founded in 1969 by Nayef Hawatmeh. Other terrorists, such as Abu Nidal, whose evil exploits around the world grabbed headlines in the 1970s and 1980s, were also driven by the same revolutionary fervor.

Marxism and Islam were always uneasy bedfellows, however, and without the support of leftist regimes in Damascus, Baghdad and elsewhere, the “liberation movements” had little support within the region. I worked for a while with a cousin of DFLP’s Hawatmeh on the Jordan Times. As a Palestinian, he had general sympathy for the “resistance movement,” but he was no Marxist and preferred the relative stability and comforts of life in Amman to that of the revolutionaries based in Damascus.

I met very few authentic Arab Marxists over the twenty-five years I spent in the Middle East. I suspect there are few left, now that the erstwhile Soviet allies in the region have all undergone transformative changes.

With the rise of Islamist Iran through the 1979 revolution, two new elements entered the toxic mix of violent revolution and terrorism in the Middle East. The first was militant Shia Islam. Long the younger, weaker brother to Sunni-dominated states, Iran’s ayatollahs replaced the generally pro-Western government of the shah with a regime dedicated to a radical, resentment-filled ideology that pits Shiism as the one true Islam against the majority-Sunni world (as well as against the rest of the world).

The anti-Western sentiment was palpable in Tehran during the uneasy last days of the shah. Centurion tanks were parked on street corners as a last move to hold onto power, but bearded young men were throwing firebombs at banks and other symbols of Western influence. Some would slow their cars and roll the windows down to send a curse in my direction as I walked the sidewalks. I never experienced that sort of hostility anywhere else in the region.

The rise of militant Shiism has resulted in ideological, political and military clashes between Iran and the Sunni world. The Iranian-led Shia Muslim crusade has manifested through Iran-backed agitation and terror using Shia populations in Lebanon, Iraq, Saudi Arabia, Bahrain and Yemen, among others. It also prompted Iraq’s invasion of Iran in 1980, reviving long-standing rivalry, followed by eight years of war between the two neighbors, costing over a million lives.