How Turbulent Will Trump’s Trial Become? 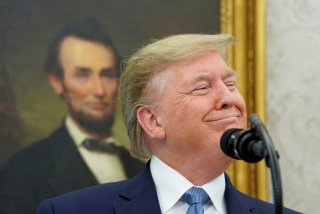 Senate Majority Leader Mitch McConnell and President Donald Trump both have the same goal but may be working at cross-purposes. McConnell wants a no-muss, no-fuss trial. Trump appears to have other ideas. He’s apparently tapping former Clinton prosecutor Ken Starr and liberal gadfly Alan Dershowitz to join his defense team. Dershowitz cited his own statement on his Twitter feed to explain his defense of Trump: “He is participating in this impeachment trial to defend the integrity of the Constitution and to prevent the creation of a dangerous constitutional precedent.” Both Starr and Dershowitz appear regularly on Fox News, where they have steadfastly defended Trump from his detractors. Trump, in choosing them, has remained entirely consistent as Fox appears to serve as his principal recruiting tool for his administration.

The prospect that Trump will be ousted from office is virtually nil. But that’s not really what the trial, at this point, is really about. Rather, it constitutes an attempt by Democrats and Republicans to jockey for advantage post-trial. Democrats want to make the GOP look as though it has perpetrated a cover-up; Republicans want it to look as though the Democrats embarked upon a vindictive witch hunt to overturn the results of 2016.

This past week, the Democrats scored a few hits. The Government Accountability Office stated that Trump’s delay in sending congressionally approved funds to Ukraine was illegal. And Lev Parnas, a former Trump acolyte, turned on his former master, much as Michael Cohen, Trump’s old fixer, had a year earlier. How much credence to place in Parnas’s claims about Trump malfeasance remains an open question.  Meanwhile, the acidulous former national security adviser John Bolton hovers on the sidelines.

So will there be further witnesses? Democrats need four Republican votes to be able to subpoena a witness. Three Republican Senators, Lisa Murkowski (R-AL), Susan Collins (R-ME), and Mitt Romney (R-UT), have responded positively to the idea of hosting more witnesses. Romney, in particular, has said he wants to hear from former National Security Advisor John Bolton, a sentiment overwhelmingly shared by Democrats. Bolton has said that if subpoenaed, he would testify, although the Trump administration has said it would consider invoking executive privilege to prevent it.

Bolton, while opposed to the hold on military aid to Ukraine while he was still on the National Security Council, is unlikely to pull a John Dean and turn on the president. Bolton, so close to achieving his longtime goal of military conflict with Iran, wants a future seat at the table of Republican leadership and testifying against Trump would void that possibility. Sen. Ted Cruz (R-TX) is proposing a kind of “witness reciprocity,” whereby for every witness the Democrats are allowed to call, the Republicans are allowed to call one. McConnell has reacted favorably to that possibility. Sen. Rand Paul (R-KY) has been adamant that if any witnesses are brought before the senate, the Republican-majority must hear from the whistleblower who began this process back in August. Other wish-list guests include former Vice President Joe Biden, his son Hunter Biden, and newly designated impeachment manager Rep. Adam Schiff, who is the chairman of the House Permanent Select Committee on Intelligence. While the Republican majority could theoretically subpoena Hunter Biden without any Democratic interference, it's unlikely the dour leadership will take such an explosive step.

Meanwhile, new documents reveal even more disturbing information about Lev Parnas and his schemes with the president’s lawyer Rudy Giuliani. Parnas, who with Igor Furman illegally funneled hundreds of thousands of foreign dollars into Republican congressional campaigns, was Giuliani’s point man in establishing connections with members of the Ukrainian government.

Released from Parnas’s phone and other personal devices is a letter written by Giuliani for Ukrainian president Volodymyr Zelensky, where he makes clear he’s acting in the capacity “as personal counsel to President Trump and with his knowledge and consent.” In a separate handwritten note, Parnas said, “Get Zelensky to announce that the Biden case will be investigated.”

The most peculiar part of the disclosure are the WhatsApp messages between Parnas and Robert F. Hyde, a former marine and current Republican congressional candidate in Connecticut. Dated late March 2019, the messages describe tracking the movements of then-Ambassador to Ukraine Marie Yovanovitch. Hyde told Parnas that Yovanovitch is “under heavy protection,” but that he has men (including “a person inside”) who would provide updates on her movements.

“Guess you can do anything in the Ukraine with money,” messaged Hyde.

“I think he was either drunk or he was trying to make himself bigger than he was, so I didn't take it seriously,” said Parnas in a television interview last night. Hyde also insists he was joking while under the influence and he’s just “a little landscaper from [expletive] Connecticut.” Law enforcement officers are taking it seriously though. The FBI has visited Hyde’s home and place of business.

This isn’t just a domestic concern either. This morning Ukraine’s Interior Ministry announced the start of a criminal probe into the alleged surveillance of former Ambassador Yovanovitch. “Ukraine’s position is to not interfere in the domestic affairs of the United States,” an official explained, “However, the published records contain the fact of a possible violation of the legislation of Ukraine and the Vienna Convention on Diplomatic Relations, which protects the rights of a diplomat on the territory of another country.” The Trump administration has finally gotten the Ukrainian government to investigate the illegal behavior of Americans, just not the ones it wanted.