How Turkey Can Help Bring Stability to Syria 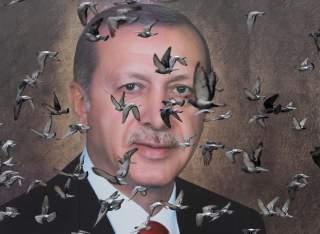 In September of last year, Turkey and Russia reached a tentative agreement to avoid a Russian-backed, regime-led offensive in Idlib, Syria’s last major bastion of rebellion. Since late April, that agreement has been threatened by renewed aggression from the Syrian regime backed by Russian air power. As of yet, all public indications by the interested parties indicate that the offensive is designed to achieve limited objectives. Although it remains to be seen if the agreement and limited objectives will hold, a complete ceasefire reportedly brokered by Russia and Turkey seems to confirm this assumption.

There are various reasons for why the offensive was briefly renewed when it was. From the Syrian regime’s perspective, it seems as though the strikes were a part of a push to take full control of the strategic M4 and M5 highways, which could allow for the resumption of the transit of goods from the Turkish to the Jordanian border.

Regarding Russia, while all indications point to Moscow’s desire for a limited engagement, it is likely that Russia is seeking to achieve more than merely degrading the capability of groups such as Hay’at Tahrir al-Sham (HTS). In addition to pressuring Turkey to fulfill its side of the Sochi agreement that established the current framework of understanding on Idlib, Russia may be trying to assert its position against possible moves by the United States or even Turkey.

Turkey’s response has so far been muted. Despite Syrian regime forces repeatedly targeting Turkish military observation posts, Turkey has yet to respond and has so far kept their allied militias from launching a counteroffensive against regime forces in the region.

While Turkey is limited in its ability to maneuver in Syria, its public commitment to the Astana process is an indication that it also has expectations of its interlocutors. In addition to calls between the Turkish and Russian presidents over the current round of escalation in Idlib, on May 10, Turkish defense minister Hulusi Akar communicated the expectation that Russia will take “effective measures” to limit regime operations in Idlib. Ultimately, Turkey expects Russia to eventually reign-in regime attacks in Southern Idlib and to ensure that regime forces withdraw to the boundaries determined by the Sochi agreement.

In a bid to ensure the survival of what has arguably been the most successful diplomatic process to date in Syria (i.e. the Astana process), Turkey has argued that what is happening in Idlib is actually a deliberate effort on the part of the Syrian regime to sabotage Turkey’s relations with Russia. While there may be some truth to this claim, the reality is that Turkey is facing a more complicated picture. For example, the ceasefire announced on June 13 points to the fact that if this was indeed the intention of the Syrian regime, it may have failed in furthering its objectives. Meanwhile, so far attacks by the Syrian regime have continued to target Turkish forces and test the patience of Turkish officials.

Rhetoric from Turkish officials has remained relatively subdued and, when they have provided a firm response, Ankara has focused on the Syrian regime rather than being openly critical of Russia’s central role in the renewed fighting. Moreover, it is precisely Turkey’s commitment to Astana that will make a major fallout with Russia over Idlib unlikely.

Turkey Has the Most at Stake

Out of all the regional and international players with a stake in Syria, Turkey arguably has the most to gain and the most to lose. Turkey faces a number of concerns when it comes to Syria, such as a massive influx of refugees, a further deterioration of the security situation in northern Syria, and of course, the continued presence of the YPG along its southern border. These issues cannot necessarily be separated. Since the start of 2019, Turkey has been engaged in negotiations with the United States over the establishment of a “safe zone” in northeastern Syria that would guard against any YPG or affiliated group moves against Turkey. These negotiations have been complicated by a number of factors, not least of which is the ongoing saga over Turkey’s purchase of the S-400 missile defense system, with the United States seeking to leverage their influence in north-eastern Syria as means of pressuring Turkey into thinking twice about their commitment to the S-400 purchase.

For its part, Russia may be seeking to use Idlib as a means of pressuring Turkey to think twice about the nature of its relationship with the United States in Syria. It remains a possibility that Russia has linked Turkey’s commitment to the S-400 system to the maintenance of the fragile peace in Idlib.

In a recent Foreign Policy article, Galip Dalay argued that the current iteration of Turkish-Russian relations are based on overlapping interests on specific issues driven by general suspicion of European and American intentions and a simultaneous re-orientation of their respective foreign policies and strategic orientations in a Middle East undergoing transition and upheaval.

At the same time, Dalay argues that as Russian influence in the region grows, Turkey’s already limited room to maneuver will shrink even further. Therefore, according to the logic of the argument, Turkey has an inherent interest in balancing off Russia in the region.

From divergent energy interests to supporting opposing sides from Syria and Egypt to Libya, Turkish and Russian interests in the Middle East seem to overlap only on a relatively limited number of issues. One of the few places where there is perhaps more commonality is the shared desire to see American influence in the region diminished. From Turkey’s perspective, this is largely attributable to the fact that, in the twenty-first century, U.S. policy in the Middle East has brought more problems than solutions, particularly as it concerns Turkey.

Whither the U.S.-Turkey Partnership?

As it stands today, Turkish-American relations have arguably reached their lowest point in history. Beginning with the ill-conceived and largely bungled invasion and subsequent occupation of Iraq, U.S. actions in the region contributed to the unleashing of forces that would go on to pose a direct threat to Turkey.

From the rise of ISIS to the increased prominence of the PKK and its proxies in Iraq, to more recent U.S. support for the YPG in Syria under the Obama administration, Turkey has perceived its interests being threatened by a supposed partner and NATO ally.

The Obama administration’s approach to Syria has largely been continued under President Donald Trump. This doesn’t have to be the case. If the United States truly wishes to see stability in Syria—particularly as the power of ISIS has waned—then decisionmakers need to leave their preconceived notions behind and realize that Turkey is not only the most reliable partner, but also the most logical in the region.

The areas of northern Syria under Turkish suzerainty are arguably the most stable and peaceful areas in the whole country. In Idlib, it is solely the Turkish military presence in the de-escalation zone providing a road-block standing in the way of a large-scale military operation and the inevitable suffering and destruction it would bring.

If U.S. policymakers are hoping Turkey will become some kind of vassal for U.S. interests in the region, then they will continue to wait in vain. Turkish officials, despite facing a constrained geopolitical environment, have demonstrated that their unwillingness to remain inactive while it’s regional and security interests are threatened. If the United States shifted its approach in Syria and towards Turkey in general, using a cooperative rather than adversarial approach, they would find a reliable partner willing to move forward on issues of mutual concern.

Rather than worry about “losing Turkey” to Russia, U.S. policymakers should worry about potentially irreparably alienating an important regional partner.

Michael Arnold writes on the history of Islamic thought and the politics and history of the modern Middle East. He is currently a PhD candidate in Arab and Middle Eastern History at the American University of Beirut and a Researcher and Editor at the TRT World Research Centre based in Istanbul.