How Ukraine Has Reconfigured the EU’s Indo-Pacific Ambitions 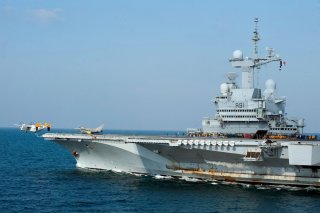 The crisis in Ukraine is already having multiple repercussions across the world beyond its grave humanitarian impact. Geopolitically, it has already exposed the fault lines among allies (e.g., India versus the other Quadrilateral Security Dialogue, or Quad, states); highlighted the unwitting coming together of rivals, namely India and China albeit through strategic silence; reduced the credibility of the United States and the North Atlantic Treaty Organization (NATO) in stopping an unnecessary invasion or in de-escalating tensions; and spurred unprecedented unity in Europe. Besides, the European Union’s (EU) recent approval of a Strategic Compass, ahead of the adoption of the latest NATO Strategic Concept likely in June (Madrid summit), is a late but welcome military and strategic shift for European security policy.

Notably, the EU Strategic Compass has a wide ambit: it is not limited to the EU or NATO members but has global and transatlantic security ambitions. To what extent will Brussels’ new bolstered global security outlook, in concert with the recently released Global Gateway strategy, targeting China’s Belt and Road Initiative (BRI), impact the Indo-Pacific security landscape? Has the Ukraine crisis dulled the urgency of the EU’s goal of strategic autonomy, which had found new momentum post the AUKUS (Australia-UK-US security pact) fiasco? Will the EU’s initiatives counteract the already established NATO mechanism, which was in pursuit of a similar global sphere of influence?

As Vladimir Putin was preparing to invade Ukraine, the Council of the European Union (EU) was organizing a Ministerial Forum for Cooperation in the Indo-Pacific, including foreign ministers of the EU member states and about thirty from the Indo-Pacific region (minus China and the United States). The forum also included representatives of some regional organizations, a move that highlighted threefold goals: the Indo-Pacific’s increased importance; increasing European autonomy; and balancing China as a challenge, if not a threat. None has been adversely impacted by the ongoing war. To an extent, the Ukraine crisis seems to have diverted the world’s attention from the Indo-Pacific. Yet, no major stakeholder can afford to ignore the volatility in the Indo-Pacific, especially not the EU at a time when it was on road to stepping up its credibility.

This is clear through the EU’s “rationale” for commitment in the Indo-Pacific, which has several elements: trade; climate change; geopolitical tensions (primarily China’s rise and the Sino-U.S. rivalry); threat to the universal values of democracy, human rights, and the rule of law by authoritarian regimes; and the interplay of security between Indo-Pacific and Europe. The EU and the Indo-Pacific are economically interconnected and interdependent regions. Together, they account for about 70 percent of the global trade in goods and services and the Indo-Pacific waterways ship a significant portion of its trade: Asia was a top destination for EU exports in 2020 (over 30 percent). Therefore, securing the sea lanes of communication is one of the EU’s topmost aims. The EU, well-aware of the region’s environmental vulnerability and its impact on global climate change, is also committed to facilitating climate action, a key goal for the bloc.

Even as the EU continues to hold “multifaceted engagement with China,” except in areas of value-based fundamental differences, the relations between the two have continued to deteriorate. The EU’s recognition of the challenges posed by China, which it acknowledged as authoritarian, has forced it to counter China’s revisionist antics and economic clout, for example, in the Western Balkans. Two latest examples of such a measure are the launch of its Global Gateway strategy as an alternative to the BRI and the Strategic Compass with its tailored partnerships in the EU neighborhood. The underlying disagreements were split open, especially after the release of the “revisionist manifesto” at the China-Russia summit in early February, days before the Russian invasion of Ukraine.

For the EU, Russia has been a permanent adversary and the Ukraine crisis has only reiterated its threat as a formidable military power, with limited clout but fanciful imperial ambitions. On the other hand, China—which was until recently a harbinger of opportunities and certainly not seen as an adversary or a threat—is the new future rival with its grand hegemonic aspirations and the wherewithal to carry them out. In addition, the EU must remain prepared to face the dual challenge of Russia and China in the Indo-Pacific and beyond. Much like its transatlantic alliance partner, the United States, which has stated that the crisis in Ukraine will only strengthen Washington’s Indo-Pacific resolve, the EU, too, must view the two regions in tandem.

To mitigate the long-term, widespread effects of this latest crisis, Brussels will seek to deepen its strategic engagement with regional partners, particularly in the Indo-Pacific. Its strategic Compass launched during the Ukraine crisis is an attempt to solidify its global security reach through partnerships in eastern and southern Europe, Africa, Asia, and Latin America. The Association of Southeast Asian Nations (ASEAN), the EU’s strategic partner with already strong cooperation initiatives through trade, investment, and climate action, is now an important spoke in the security framework. The EU aims to work with ASEAN against violent extremism; chemical, biological, radiological, and nuclear threats; transnational crime; maritime security; and cybersecurity, as well as building pan-Asian security arrangements for an enhanced EU presence in the region. Besides ASEAN, the EU’s security and defense bilateral cooperation partnerships with middle powers in Asia such as India, Japan, and South Korea will only be boosted in the future.

Further, the complex and fragile global security landscape would also give the EU scope to go beyond its normative realm: For instance, the EU must not view India’s silence on Ukraine, which is not a values-based stand but arises out of its uncertain security needs, through the lens of emotions but as an opportunity to diversify its cooperation not just in terms of trade but strategically too—a reliable “geopolitical partner.”

While post-World War II Europe found unity in economic community building as opposed to ideology, in the recent past, security and defense from common global threats (particularly, authoritarian state actors blatantly contravening international laws) have become the unifying features. A prime example of this newfound “unity in purpose” is the Ukraine invasion, which is not identified as a European crisis in today’s interdependent worldview, and has perhaps set up what the EU’s Ambassador to India Ugo Astuto called a “risky” precedent for the capricious Indo-Pacific.

Nonetheless, even as the Ukraine crisis has seemingly made sense of the EU’s “United in Diversity” motto and highlighted “unity in purpose,” the sense of abandonment in neglected, relatively poor European regions like the Balkans, which was exacerbated by the pandemic even after the EU provided a €70 million vaccine procurement fund in the midst of successful vaccine diplomacy by China and Russia, is still a huge concern. The long-awaited accession of North Macedonia and Albania has added to the lack of public of trust in the EU. In light of regional and global challenges, the EU is seeking a bigger role as an autonomous security provider, even as the Russian invasion has seemingly repaired the rift in the transatlantic ties due to the AUKUS snub. U.S.-EU unity is reflected in their joint sanctions against Russia and  unprecedented military support to Ukraine without direct intervention; the EU has also signed a gas deal to reduce its over-reliance on Russia, which EU foreign policy chief Josep Borrell admitted has helped fund Russia’s “ability to wage war.” Moreover, the current war has had an immediate impact on the EU’s increasing commitment to strategic autonomy, as was evident by the Versailles declaration in early March, which aims to bolster defense capabilities, reduce energy dependencies, and build a resilient economic model.

Further, the EU’s security outlook has largely been driven by the notion of collective defense that is at the heart of NATO, whose core tasks have also included cooperative security after its (now dated) Strategic Concept was adopted at the Lisbon summit in November 2010. But as Ukraine has highlighted, NATO fulfils largely the role of collective defense, while its cooperative security system remains secondary and restricted to restoring and maintaining international stability and norms. Concurrently, bodies like the Organization for Security and Co-operation in Europe (OSCE), with a vision of “comprehensive security” including human rights, economic cooperation, and “hard” security, are better placed to promote collective security by following an inclusive model of decisionmaking. However, the OSCE plays only a limited role in security because of a lack of legal power and resources.

In an age of aggressive power politics, the EU is, therefore, upping its efforts to build a “geopolitical Europe.” By 2021, it had already taken steps to strengthen operational engagement of civilian and military missions outside its borders and to build the resilience of its members and partners against hybrid threats including disinformation. Propaganda tactics have found increased relevance in the ongoing war, and the EU had to officially ban Kremlin-backed media outlets RT and Sputnik as a counter-measure.