How Ukraine Triggered a War Inside America 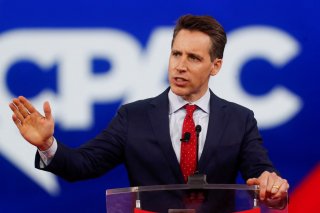 The outline emerges of a younger generation of conservative politicians who have not been directly shaped by the experience of the Cold War and are thus not as committed as the old party stalwarts to preserving what Charles Krauthammer described in 1990 as the unipolar moment—a span of time following the Soviet collapse in which the United States acted as the world’s unchallenged superpower. This emerging movement sees the unipolar moment not as an ideal condition to be preserved and extended in perpetuity, but as a period of transition into a multipolar world that calls for new strategic approaches and the critical interrogation of certain twentieth-century orthodoxies. “You know, I think there is a lot of, shall we say, legacy thinking about NATO, and where it just sort of runs on its own speed,” Hawley said in a February interview with Fox News’ Tucker Carlson. “Here’s what the point needs to be -- we need to say to our NATO allies, they need to do more in their own defense, and Ukraine is a perfect example… We’ve got to focus on China and the present security threat there. The United States can’t do everything, that’s what a partnership is and that’s what we should be saying.”

Despite the ongoing decline in popular support for continued military aid to Kyiv, the Ukraine skeptics still face an uphill battle within their party. “Most of the Republican leadership is still beholden to the failed consensus alongside lobbyists and a massively bloated Pentagon. The bureaucracy has its own momentum,” the foreign policy expert said. “The way to defeat the interventionist edifice is through the ballot box. There are a lot of restrainers standing for election, but more needs to happen that would take the fight to the lobbyists and bureaucracy pushing for an interventionist foreign policy.” It seems clear that Ukraine has triggered a battle inside America as well.