How Warren Buffett Got So Rich 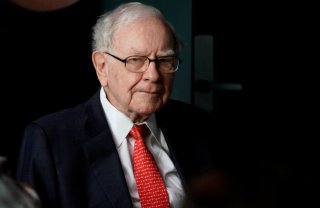 Berkshire Hathaway will hold its annual shareholders’ meeting on May 1, 2021. In response to the coronavirus crisis, this year’s meeting will be a virtual event, as the company explained: “We hope that the 2021 meeting will be the last time that shareholders are unable to attend in person. We look forward to 2022 when we expect to again host shareholders in Omaha at our usual large gala aka ‘Woodstock for Capitalists.’” For us, the upcoming meeting presents the perfect opportunity to take a closer look at Warren Buffett and his life.

Known as the “Oracle of Omaha,” Warren Buffett is one of the most successful investors of all time. With a fortune of $100 billion, he is one of the richest men in the world and, for many years, he was the richest. He runs Berkshire Hathaway, which owns more than sixty companies, including the insurer Geico, the battery maker Duracell, and the restaurant chain Dairy Queen.

Buffett’s “Inner Scorecard” helped him maintain a unique independence from investment fads. His approach was repeatedly put to the test—particularly at the end of the 1990s. Buffett, whose mutual fund had significantly outperformed the general stock index over years and even decades, was considered a “has-been” at this time. The media and the investment community saw him as an old man who had failed to understand the new era, redefined by the internet and the “new economy.” Buffett’s fund performed worse than many other funds that had bet heavily on tech and dotcom stocks during the internet bubble. However, Buffett remained true to his principle of investing exclusively in things he understood. Even today, he adamantly refuses to invest in cryptocurrencies, for example. Others have laughed at him for this, believing he is simply too old to understand. Let’s wait and see if he is not proven right again this time. Warren Buffett has always been an investor—and never a speculator or gambler.

What is the secret of Buffett’s success? At a dinner with a group of successful people, Bill Gates’ father, Bill Gates, Sr. asked, “What factor do you feel has been the most important in getting to where you’ve gotten in life?” Warren Buffett replied, “Focus.” Bill Gates agreed. Over decades, Buffett’s almost absolute focus on a single goal—successful investing—is surely one of his secrets. His wife once said that all he needed to be happy was a light bulb and a book.

No Life of Luxury

Although financial success was the defining goal of Buffett’s life from a very early age, this was by no means fueled by a desire to live a life of luxury and acquire expensive things. On the contrary. Buffett is known to have stayed in the same—modest—house for decades, much prefers eating hamburgers to dining in gourmet restaurants, and likes drinking Coca-Cola more than champagne. So, what drives someone like Buffett? At its core, it is probably the desire to prove his superior intellect. The success of his investments is nothing more than proof of his superior intelligence. Buffett could probably just as easily have become a chess grandmaster or a scientist.

That’s why it hit him particularly hard when representatives of the efficient-market hypothesis (EMH) repeatedly tried to prove that it is theoretically impossible to consistently beat the stock market, and anyone who does is just lucky, like one of the few people who repeatedly win large sums of money on the lottery. This theory must have struck Buffett to the core because it called into question everything he lived and worked for.

Buffett’s integrity and honesty in business were more important than anything else. His guiding principles include not only fulfilling legal, but also ethical standards. Here, too, one can see a connection to his determining motive in life, namely, to prove his superior intelligence with his investment successes. From his perspective, if his successes had been based on tricks or dishonest methods, they would have been worth nothing. Impeccable behavior is more than just observing legal requirements. Buffett propagated a strict “front-page-test,” which said: “I want employees to ask themselves whether they are willing to have any contemplated act appear the next day on the front page of their local paper, to be read by their spouses, children, and friends, with the reporting done by an informed and critical reporter.”

In retrospect, the history of Buffett’s investments appears to be a permanent success story. But in truth, Buffett is a master of constant crisis management. By no means were all of his investments instant successes. Often, it was only shortly after an investment that he discovered the particular problems and challenges associated with it. But he accepted these challenges, focused all of his attention on the problems—and frequently came up with surprisingly novel solutions. In addition to his superior intelligence, the intrinsic independence of his judgment and his exclusive focus on a single goal, his unique problem-solving capacity is probably one of the secrets of Buffett’s extraordinary investment success. The numerous attempts to copy him probably mostly failed because it was not a special “investment recipe” that made him successful, but precisely the combination of these personality traits.

Buffett was repeatedly asked for his advice on what it takes to become a successful investor. Buffett’s answer: “Read everything you can.” He kept stressing that it was reading in his formative years that shaped his approach to investing and laid the foundation for the following seventy years of unprecedented success. When he was ten years old, he read every single book in Omaha’s public library with the word finance in the title, and some of them twice. Buffett didn’t just read books on finance, he also studied books on success more generally, such as Dale Carnegie’s classic How to Win Friends—and developed a systematic program to put the contents of this book into practice. A lot of people, including maybe even you, have read books like Dale Carnegie’s. But reading alone does not make a person successful. After studying Carnegie’s book, Buffett decided to do a statistical analysis to see what would happen if he followed its rules. The people around him did not know that he was experimenting with them in the silence of his own mind, or that he was constantly observing how they reacted. He noted the results. With growing joy, he saw what the numbers proved: Carnegie’s rules worked. Buffett’s closest partner, Charlie Munger (now ninety-seven years of age and with whom Buffett has built a decades-spanning, billion-dollar empire), is described by his children as a “book with a couple of legs sticking out” because he is always reading books about the achievements of successful and outstanding individuals. It is said that Munger reads a book every single day.