How We Can Stop Global Money Laundering 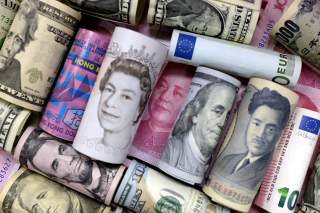 As economies become more interconnected and globalized and the borders between countries and jurisdictions effectively disappear, the complexity of financial trans­actions is reaching new levels. The fundamental difference between the current stage of glo­balization and the previous one that unfolded in the late nineteenth and early twentieth centuries consists of both the direction of capital flows and the entities they originate from. If one looks back, then one might realize that between 1870 and 1913 the major European nations (Great Britain and France) invested abroad 6.5 and 3.7 percent of the­ir GDP respectively. In the case of Great Britain, this amounted to approximately 34 percent of its total capital investments). However, there was virtually no money from “peripheral” countries that was deposited in British and French banks, and there were only a few dozen properties that were ow­ned by investors from these countries. Moreover, if there were cases of wealthy overseas entrepreneurs or noblemen bringing money to the most developed nations of the time, they were well-known, with their properties being perfectly do­cumented.

In our day, everything has changed in this regard: every year $800 billion to $2 trillion, or roughly 10 percent of the combined GDP of the European Union, ar­­rives to global financial capitals like London, New York, or Zurich from “developing” countries, many of which are label­led so by mista­ke. Most of this money comes through various “off-shore” jurisdictions that were created after the famous decision by the Bank of England in 1957 that authorized the holding of the deposits in pounds outside Britain, with its owners unknown.

In recent decades, a completely new industry has emerged which is focused entirely on processing these funds and putting them in safety outside the countries where they were “harvested.” It includes the investment bankers who attract the money and either deposit it or place it into different investment funds and SICAVS (open-ended, collective investment schemes); the lawyers which oversee a large network of offshore and shell companies, trusts and SPVs which regulate in accordance with current regulation; the crowds of nominal directors and legal owners; the real estate agents and luxury developers who sell the overpriced assets to the super-rich; the producers of exclusive goods from jewellery and watches to luxury cars and megayachts; and even the government officials who elaborate different “citizenship-for-invest­ment” programs. The sco­pe of this group is rather small; I would argue with great certainty that it doesn’t ex­ceed twenty thousand people all around the world.

The impact of this new industry on the global economy is enormous. Today, about a third of all multinational corporations’ FDI goes through different tax havens which results in massive tax avoidance; the fi­gures for the corporate sector are unknown, but the most conservative assessments for tax evasion amongst individuals reach $1 trillion per year. The investment funds and large banks which claim to be completely transparent, are often sued for violating different money-laundering acts or sanction regimes—and if are accused and fined, the average fine they agree to pay has sky­rocketed from $22 million in the mid-2000s to $1.6 billion in 2014–2015. The largest fine, at $9 billion, was paid by BNP-Paribas when it settled its dispute with the U.S. Justice Department in June 2014. But how can the legal banking business repay such substantial amounts and manage to stay afloat? What operati­ons aren’t uncovered that allow such funds and banks to prosper? People should not be fooled about their nature as more than $230 billion was laundered in 2007–2015 by the Estonian subsidiary of Danske Bank, which represented a nation with a GDP that is eight times smaller than this sum, and which is proudly ranked eighteenth in the 2018 Global Transparency Index and sixteenth in the Doing Business 2018 survey.

Around thirty-five thousand houses and apartments in Lon­don, as it was recently revealed, are owned by compa­nies whose real beneficiaries remain unknown, and in New York City, close to 250,000 apartments in residential buildings are unoccupied, with at least half being bought in the name of offshore companies. I’m not addressing the issue of where the world’s superyachts or business jets are registered—more than 80 percent of these “luxury toys” carry flags of countries with low taxes.

All of this depicts the reality of the modern money laundering business that has beco­me part of today’s “financial capitalism.” Many left-wing writers argue that it de­vastates the peripheral nations—and I agree with that argument—but what’s much more im­portant, I believe, is to mention that this new reality harms developed nations just as similarly as developing nations.

The “traditional” arguments include the main thesis about “plundering” the peri­pheral countries from where the money originates and of “enrichment” of already wealthy nations where the money is direc­ted—but such a statement is not suffi­cient. First of all, the inflow of dirty funds from the global “South” distorts the normal functioning of European and American business. The cities to which the super-rich flock are becoming too expensive for the locals and their econo­my often becomes disrupted and is pushed to the brink of crisis. More and more city dwel­lers are sque­ezed into suburbs, and the local authorities must invest more money into afforda­ble housing. In London, these allocations rose to £3.15 billion which are to be spent on new ninety thousand affordable homes between 2017 and 2020. The financial system is overloaded by launde­red funds and bubb­les become more widespread and common.

As I mentioned earlier, in some cases, illicit dealings with money flows from the global periphery lead to claims and pe­nalties by the authorities, which in turn only push the bankers to take a higher-ris­k business strategy to cover the losses. The governments of European count­ri­es are facing dilemmas with the new capital inflows: on the one hand they should encourage them but on the ot­her they feel obliged to defend their political and judiciary system from corrupti­on. But with three-fifths of the United Kingdom’s richest residents being either foreign nationals or foreign-born (as are thirty-five out of fifty-five billionaires residing in London), it becomes more problematic from year to year.

But there is another side of the issue which is much less studied. As poorer nations become more corrupt and their politicians and businessmen try to channel their capital to Europe, the quality of life in these countries decreases even further, and desperate peo­ple start to emigrate. Of the top ten countries that have seen the highest levels of emigration into the EU in the 2010s, eight (Pakistan, Ukraine, Iran, Nigeria, Bangladesh and Syria) are found at the lowest ranks (from 117 and 178) in the 2018 Corruption Perception Index. So by accepting hundreds of millions of dollars into European banks, the European authorities must pay dozens of billions of euros to accommodate new migrants while also facing growing social tensions caused by this inflow.

Moreover, I would add that emigration from the peripheral nations, which is caused by the corrupt governments, jeopardizes their development since it deprives them of their best human capital, which has resulted in ma­ny cases in ethnic and civil conflicts which often descend into full-scale civil war (this was the case of the Democratic Republic of the Congo after Mobutu Sese Seko, one of the world’s corrupt dictators, fled to France where his fortune was kept, in 1997). Western countries are then forced to spend additional billions to provi­de food, medical care, and even armed humanitarian assistance to the nations ruled by the most renown kleptocrats. This is a very high price for the joy of allowing several thousand people to manage money laundering operations from their luxury offices in London or Zürich—and I would also argue that this joy contributes to an “import of corruption” from the global periphery to the core (I am reminded of the well-known story of a Scottish-based “laundromat” that allowed the Azerbaijani political elite to squeeze billions of dollars from its country and to use it, inter alia, to co­ver legitimate lobbying for Azerbaijan and its state-owned companies in European capitals).

But why does the fight against this evil appear so ineffective? Why are the people that stripped their states of their taxpayers’ money, presided over the largest delibe­rate bank failures, or those engaged in looting the na­tural resources of their co­untries, all still living in Europe without experiencing any consequences? I think at least fo­ur systemic problems exist that make this possible.

First, I would argue that the main focus these days is made on one issue—on the so called “problematic jurisdictions” which the West’s authorities believe are either engaged in offshore banking or lack the necessary financial regulations. Many lists of these countries were drafted in recent years, with the American “Financial Action Task Force” (FATF) and the European Union’s list being the most well-known. As of Jan. 1, 2012, the first one comprised forty states and territories, and the second as of March 2019 has sixteen. Both do not include, for example, either Russia nor China. Russia was successfully removed from the FATF list back in 2003 and has never appeared on the European Union’s list—even tho­ugh it’s a common point that the Russians are among the lar­gest final beneficiaries of companies that own real estate in the UK, Spain, and some other European countries. China never appeared on both lists while the offshore companies controlled by the Chinese are among the most active buyers of expen­sive mansions in the United States. At the same times, there are many countries on the list that might harbour terrorists and jihadis, but do not possess either the funds to be launde­r­ed nor the modern banking systems that would allow to transfer these money into the European banks. The excessive attention to the “intermediate” countries rather than to the places from where the money really originates is, I believe, the first tre­mendous challenge the fight against money laundering faces today.