How We Got Trump's Clash with the Deep State 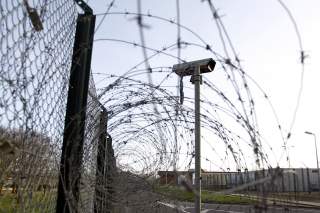 AMERICA’S FOUNDERS anticipated how a sprawling national-security state could subvert the popular will, and even endanger the nation’s interests. James Madison told his fellow delegates at the Constitutional Convention in Philadelphia, “A standing military force, with an overgrown Executive will not long be safe companions to liberty.”

History informed his judgement. “The means of defense against foreign danger,” he said, “have been always the instruments of tyranny at home.”

George Washington agreed. In his Farewell Address, the general turned president advised his countrymen to “avoid the necessity of those overgrown military establishments which, under any form of government, are inauspicious to liberty, and which are to be regarded as particularly hostile to republican liberty.”

Another general-president, Dwight Eisenhower, echoed these concerns. He worried that the evolving “military-industrial complex” would acquire “unwarranted influence” and “endanger our liberties or democratic processes.” “Only an alert and knowledgeable citizenry,” he continued, “can compel the proper meshing of the huge industrial and military machinery of defense with our peaceful methods and goals, so that security and liberty may prosper together.”

Alas, the citizenry is neither alert nor knowledgeable.

Which means that the actual conduct of foreign policy falls to what Michael Glennon dubbed the Trumanites: “the network of several hundred high-level military, intelligence, diplomatic, and law enforcement officials within the executive branch who are responsible for making national security policymaking.” And within that executive branch, Glennon concludes in his book National Security and Double Government, “The President . . . exercises little substantive control over the overall direction of U.S. national security policy.”

Even if you don’t buy Glennon’s argument, it seems likely that the men and women responsible for executing U.S. foreign policy are uninterested in the views of the many Americans who actually pay for the nation’s wars, and the few Americans who fight them.

Defenders of the status quo like to argue that it survives because it works. The public is wrong to doubt the wisdom of wars in Iraq and Afghanistan. As the foreign-policy elite sees it, the American people can’t be expected to understand why we defend wealthy allies, deploy hundreds of thousands of military personnel in numerous foreign countries and align ourselves with some of the world’s most reprehensible autocrats.

Dean Acheson, Truman’s secretary of state, presumably spoke for many elites (though perhaps too candidly) when he explained, “If you truly had a democracy and did what the people wanted, you’d go wrong every time.”

In this sense, it isn’t merely inertia that explains why U.S. foreign policy remains on autopilot, despite widespread public dissatisfaction with the status quo. Rather, it’s the deep state, doing what the deep state does.

Donald Trump tapped into the resentment engendered by the establishment’s contempt for the great unwashed. He has failed, so far at least, to dislodge the deep state and its policies. Then again, maybe he never intended to roll back American primacy. After all, he promised massive military spending increases, and expressed regret that we didn’t take the Iraqis’ oil. Even his claim to have always opposed the Iraq War was a taradiddle. So there were ample grounds for doubting that Trump would give the American people the foreign policy they wanted. Maybe the deep state didn’t thwart him?

The deep state obviously isn’t all-powerful. After all, had the deep state gotten its way, Donald J. Trump would never have come close to the Oval Office, let alone be sitting in it.

Now, given the power that we have erroneously invested in the office of the presidency, critics of the deep state should rethink their opposition to it, and members of the deep state should rethink their enthusiasm for a chief executive generally unencumbered by the Congress or the people. The deep state doesn’t control the @realDonaldTrump Twitter feed. It cannot stop him from engaging in behavior that increases the risk of a catastrophic conflict. Perhaps we should wish that it could?

But we should never welcome a situation in which unelected officials distort or ignore public sentiments, or undertake policies that are demonstrably harmful to vital national interests.