How Will America Actually Distribute the Coronavirus Vaccine? 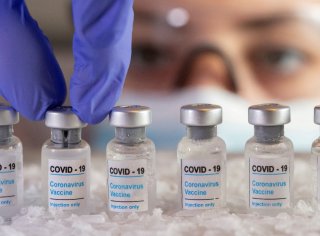 President Donald Trump injected himself into the coronavirus vaccine approval process on Friday, declaring in a tweet, “Get the dam vaccines out NOW, Dr. Hahn @steveFDA. Stop playing games and start saving lives!!!” White House Chief of Staff Mark Meadows also apparently called Food and Drug Administration (FDA) head Stephen Hahn to warn him that if he did not speed up the approval process for a Pfizer vaccine, then he would be fired. The FDA was apparently planning to approve the vaccine on Saturday. Now it may do so on Friday evening.

At a moment when countries such as Russia and the United Kingdom are going full bore on administering the vaccine, America under Trump has been a laggard. But even if the vaccine is approved, who will be able to obtain it? What will be the criteria by which it will be disbursed? State health officials remain markedly guarded when it comes to this topic.

Consider Maryland. It is “planning for the likely distribution of vaccine,” according to a Maryland state health official, as various states across the United States prepare to roll out their coronavirus vaccine distribution plans following an anticipated emergency use authorization granted by the Food and Drug Administration, efforts that Maryland has been preparing for “quite some time.” That was as much as the official was prepared to impart.

In Maryland, the first shipment will contain about 155,000 doses, which could arrive as early as next week, with initial doses set aside for frontline first responders, health care workers and residents of nursing homes. The figure includes 50,700 Pfizer doses and 104,300 Moderna doses if given authorization from the FDA.

Gov. Larry Hogan (R) and state health officials divided the allocation of the first doses based on groups most at risk of contracting the deadly disease, followed by higher-risk individuals, essential workers, people with moderate or low-risk pre-existing conditions, and then the general population, a group that won’t see a vaccine until March or April, according to the governor.

“Until… a significant proportion of the population is vaccinated, it will continue to be really important, vitally important, to limit the spread by people following exactly the same guidance that we’ve been issuing since March,” Dr. Cliff Mitchell, director of the environmental health bureau within Maryland’s health department, told the National Interest, adding that the department will encourage people in the state to avoid large groups, wear face coverings, wash hands, and practice social distancing.

As Maryland prepares a vaccine distribution plan, the state just hit its second-highest daily coronavirus case count of 3,202 on Thursday, just weeks after Thanksgiving celebrations and amid a brutal third wave that’s infected more than 228,000 Americans statewide, brewing a seething urgency for residents in the state to get vaccinated.

The state also has 1,729 Marylanders currently hospitalized due to COVID-19, the highest it's ever been, with roughly 24 percent in intensive care, according to the state health department coronavirus data.

“To be clear, the message that we have been promoting since the very beginning of this pandemic has not changed because the biology of the virus has not changed,” Mitchell said. “What has changed, obviously, is that more people are infected, and so that makes it even more important for everybody to… follow the guidance and executive orders and local orders that are out with respect to social distancing, use of face masks, avoiding large gatherings, and as much as possible, trying to limit their… activities that could put them and others at risk.”

Hogan held a press conference Thursday, announcing that all twenty-three counties, along with Baltimore City, are in the “red zone” partially due to the post-Thanksgiving spike, though he did not implement any new restrictions to mitigate the infection’s spread. “It is clear that we are experiencing a post-Thanksgiving surge and that the worst days of the pandemic are still ahead of us,” he said.

With relatively small vaccine allocations in proportion to the state’s population, determining which Marylanders classify as higher risk of severe COVID-19 illness, a group that will be next-in-line after frontline workers in the state, is a bit unclear.

While public health experts and officials suggest focusing on “high risk” individuals with underlying conditions and people aged 65 and older to receive the vaccine, other experts recommended prioritizing people in lower-income households with social disadvantages that prompt “health inequities.” People with inequities are more likely to be infected with the coronavirus, which is also heavily associated with race, ethnicity, occupation and socioeconomic status. A “significantly higher burden” is endured by Black, Hispanic or Latino and American Indian and Alaska Native populations, according to the National Academies of Sciences, Engineering and Medicine, a group that was contracted by the Centers for Disease Control and Prevention (CDC) and the National Institutes of Health (NIH) to establish equitable allocations of vaccines for the virus.

Black Americans have been hit hard by the coronavirus as they account for about 18 percent of coronavirus deaths as of Dec. 11, according to The COVID Tracking Project. They are also nearly two times more likely to contract the virus than white people. Black communities are also more likely to battle with underlying health conditions, including diabetes and obesity. The American Psychological Association, for example, reports that 48 percent of African-American adults are clinically obese compared to 32.6 percent of whites.

The CDC has taken this into account through its priority ranking recommendations, as it pushes states to provide the initial round of doses to first responders and health care workers, followed by essential workers, adults with medical conditions and people over 65, then all other adults.

"The federal government's current plan to vaccinate Americans neglects key priorities that we need to effectively distribute the vaccine to millions of New Yorkers," Cuomo said in a statement. "We need to focus on Black, Brown, Asian and low-income communities that are historically underserved by the healthcare institutions that are key to the federal government's plan."

California Gov. Gavin Newsom (D) has also initiated further protection and relief through a $75 million program that offers taxpayer-funded assistance to undocumented immigrants who are swamped behind in bills and are unemployed due to the economic impacts of the pandemic.

In short, California is creating a scramble among different groups to compete for access to the vaccine: “California’s draft vaccination report also weighs death and infection rates, housing and economic stability, health care coverage and racial demographics. That multi-layered dynamic has created an opportunity for lawmakers and unions, nonprofits, religious groups and medical organizations to lobby on behalf of their members and constituents for a top spot in line.”

Although the program was offered on a first-come-first-serve basis, nearly 150,000 immigrants are expected to benefit from it. Other states like Oregon, Washington, and Massachusetts are also starting relief programs for undocumented immigrants, as the pandemic washed away low-salary jobs like servers and cooks.

Hogan, however, hasn’t implemented a program in Maryland that supports undocumented immigrants to that extent.

Instead, the governor and health officials have remained laser-focused on mitigating the spread of the virus, as warnings of a post-Thanksgiving and holiday spike emerge.

“Maryland has been very successful in keeping the virus at a manageable level. These next couple of months, as the governor said, are going to be very challenging. It is going to be really important for everybody to do whatever they can to keep their families safe, their friends safe and their communities safe by following the guidance and executive orders and local orders that are in place,” Mitchell said.

The larger questions, however, remain. Who, exactly, gets to decide the initial recipients of the vaccine? What will be the criteria? Will certain groups receive it before others? Is the life of an elderly person worth less than that of a farmworker? These are the sorts of questions that officials are going to encounter. The losers in this race for the vaccine will be the ones who are denied access based on a perceived hierarchy of needs that have little do with fairness and a lot to do with political preferences.